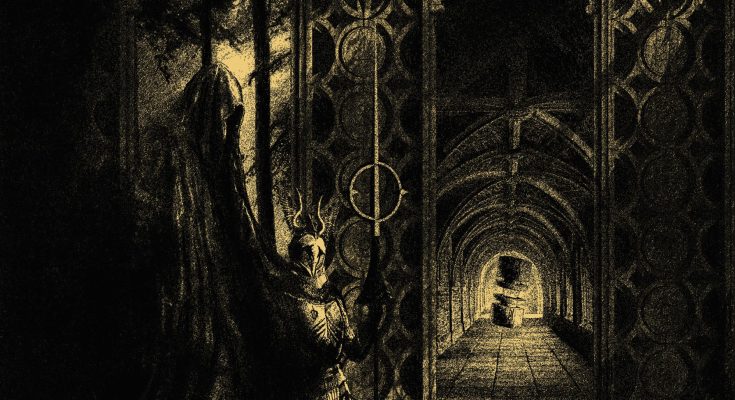 You might be familiar with a rather peculiar, offshoot black metal outfit from San Fransisco called Botanist. Rather than singing praise to the horned one, they’ll sooner talk about the trees and other plants in general, or more precisely, how vegetation will take over the world again after humanity has finally managed to extinct itself.

Now if that wasn’t left field already enough, they don’t actually use any guitars either but a kind of amplified hammered dulcimer to produce the typical black metal hissing guitar sound.
One of those dulcimer hammerers, Dylan Neal, wanted to take the musical exploration a bit further even and delved deeply into both ancient, sacral music as well as electronics.

With Thief he is stealing generously from both traditions, marrying the old with the new. His first outing ‘Thieves hymns in D minor’ was primarily a moody electronic soundscape that stealthily tried to incorporate ancient world music within its slow burning beats.

On the follow up ‘Map of Lost Keys’ Dylan is a lot more conformable and crafty with the ancient lore at his disposal. You can hear how it is confidently pushed to the fore with the electronics fighting, sometimes quite aggressively to maintain its position, crackling and screeching until one of them breaks.

Its composing veers through this industrial battlefield, not with Botanist’s blackened vegan screams, but with a rather melodic vocal style that reeks of NIN and other such acts of the nineties.