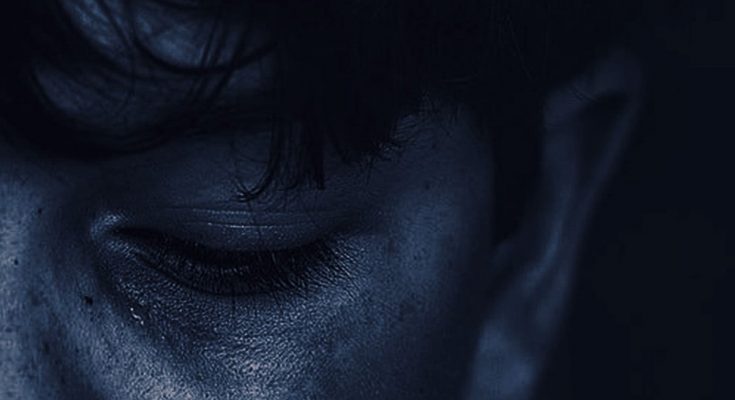 The Belgian New Wave scene is actually doing quite good lately. You can hardly go to a festival and not run into Whispering Sons these days.
Likewise, other bands are delivering excellent albums that can stand shoulder to shoulder with their peers abroad. This Can Hurt is such an example.

‘Worlds Apart’, is the follow up to their debut ‘When Nothing Matters’.
While clearly rooted in the gothic rock of the eighties, specifically The Sisters of Mercy and The Cult, this is no mere reenactment of a bygone era. Rather than pretending that the nineties never happened, the band has absorbed satellite sounds from Katatonia and NIN to a distance even of Alice in Chains or Tool.

They have described themselves as industrial post wave, which works as fine as any description I guess. You could also call them Belgium’s answer to The Wounded, whom I still consider to be one of Holland’s most underrated acts.

Originally, the band started out as a collaboration between Jean Paul De Brabander, once upon a time the guitarist from pop band DeLaVega, and Jack Noise, but had in the meantime grown to a full live band with JP relegating vocal duties to Sven Vande Neste.

Sven’s timbre itself lies somewhere in between Trent Reznor and Layne Staley, which gives him both the gravitas that somber songs like these require as well as a warmth that make them ear candy to listen to. ‘When Nothing Matters’ was good, ‘Worlds Apart’ is great. The debut had some great songs like ‘Colder’ and ‘If You Go’. However, not every song drove the nail straight down into the coffin like that.

The sophomore is a huge step up from there. It knows little or no weak moments. The album flirts with metal, goth, industrial and eighties pop without dropping the ball even once.

The title tracks opens on an OMD line before it becomes a far more menacing beast.

A peculiar choice of song title is ‘ The Fall of Mark E. Smith’. Smith was the frontman of eighties post punk band The Fall, who died last year of cancer. Incidentally, this is also the most metallic of their songs. Strange as it may sound , the Smith style spoken word vocals actually lend it a Body Count vibe and the soaring lead guitar could have come from Paradise Lost’s Gregor Macintosh.

Further down the line, ‘Diane’ is not a Therapy? cover, nor from Hüsker Dü, but rather feels like Marilyn Manson accidentally walked into the studio and snatched the mic from Sven’s hands.

The records closes on the intimately smoldering ‘For You’, adorned with shoegazy guitars, sending you foo quietly into the long night.