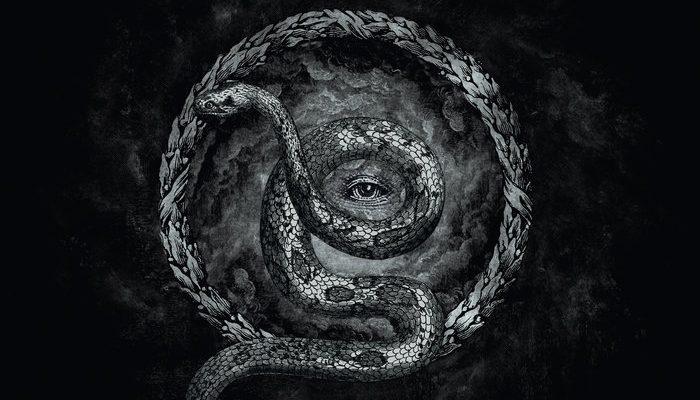 With Antioch by Swedish death metal band Throne of Heresy, the brand new label The Sign Records made a pretty damn good start as it’s their very first release. It’s the second full-length for the band and it’s clear they’ve been working hard on perfecting their sound. Having Magnus “Devo” Andersson (Marduk) help out with recording and producing in Endarker Studios, didn’t harm the end product either. The band is situated in Linköping, which is right in the middle of Stockholm and Gothenburg. And this has had its apparent influence in the overall sound and feel of their creation. Musically it’s clear they’re firmly sitting in the more pure and raw death metal of Stockholm, they actually regularly remind me of Bloodbath. But there are quite some moments they add a bit of a more progressive and melodic touch to their songs instead of just blasting away, which is a bit leaning towards the Gothenburg scene. The production of the album is really top notch, with a sober and stylish cover art to put the cherry on top.

Normally I’m not really the biggest fan of the more pure death metal bands. But by adding a little touch of the earlier mentioned prog and melody (in the instrumental Exordium, Black Gates of Antioch and great closer Where Bleak Spirits Pass) and pouring a little sauce of black over every song (the most clear in Nemesis Rising and Blood Sacrifice), they managed to keep my attention and actually entertain me throughout the whole record. With most songs I caught myself nodding along to the music, which is a good sign! My personal favorites would be first of all the opener The God Delusion (see below for the lyric video) that somehow got stuck in my head pretty fast. I wouldn’t mind to be able to shout along to this one live. Besides that, there’s Flagellum Daemonum (including wacko music video below) and Phosphorus, that are so ferocious and fast that I had a really hard time to sit still. Last but definitely not least I’d like to mention Exordium again, which is a very nice piece of instrumental track in which they showcase their musical talent with a more progressive song. A completely different song right in the middle of the album that still doesn’t “break” the atmosphere they earlier created.

As in a lot of death metal bands Throne of Heresy sings about death, their disgust of religion and a bit of demonology and Satanism. But I just wanted to mention here that they seem to do it in a less obvious, gratuitous way (not counting in the opening track). I really have the impression that the guys did their research. Just starting off with the title of the album Antioch, I had the feeling it had to mean something and I quickly figured out that Antioch is a city they also dubbed “the cradle of Christianity”. Naming your record to that city and then clearly voicing how unhappy you are with the religion: nice one! With Flagellum Daemonum they refer to the practical manual for exorcism and for Phosphorus they dug up the Hellenic name for “Morning Star” or better known as “Lucifer”. I very much appreciate a band putting the effort in having little treats like that for their listeners, I actually learned a few new things here.

If you’re into death metal with an old school feel to it, you’ll want this disc in your collection. Or if you’re just into extreme metal overall, with the band featuring members from Abscession, King of Asgard and Ceremonial Execution, you found a band to add to your list. I can’t find much wrong on the whole record, though if I have to express a little negative criticism, it would be that they’re not doing anything new here. But don’t let that spoil the fun, the songs are good enough to make you forget that. I’m giving it a well deserved 8/10. Be on the lookout for their Scandinavian and European tour dates to catch them live!