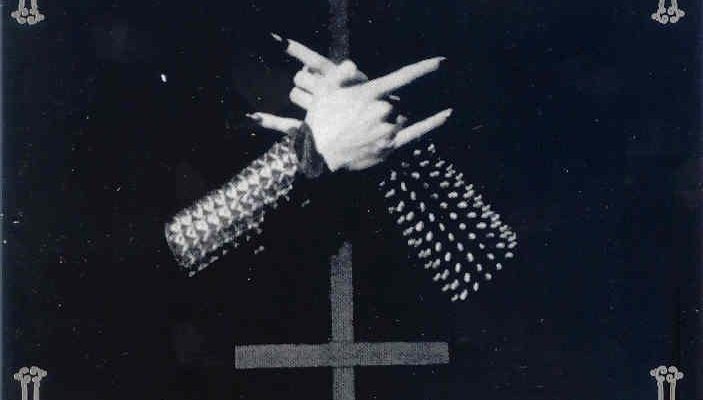 Black Harmony was originally released by Thyrane in 1998 as a demo. Almost 20 years later, still under the moniker of Woodcut Records it has been re-mastered and released again on the 13th of january 2017. It will be the first time it will be released on CD but also on red vinyl (Lim. 100), silver vinyl (Lim 100) and black vinyl (Lim 300). For the trve cvlt kids it will also be released on tape and it will be strictly limited to 100 copies.

For a lot of people it will be the first time they will have the chance to hear this music since a lot of today’s black metal fans were still playing with legos and dolls when this demo came out. Thyrane started out as a symphonic metal band in Finland back in 1994. Later on they switched from a more industrial approach to black metal just to switch back to symphonic black metal with their latest album Travesty of Heavenly Essence. I have no idea what the original release sounded like since I was one of those kids who built lego churches to burn them instead of listening to extreme music. This re-mastered version is all I have to go on.

No matter what the difference in quality is between this edition and the original, it is very clear that Thyrane belongs alongside those other bands who first started to mix black metal with symphonic music. If you didn’t know any better you might think you were listening to a long lost demo of Limbonic Art. This is definitely the kind of music you can expect from early bands such as Limbonic Art, Emperor, Covenenant and early Dimmu Borgir: raw, mean and aggressive black metal but still tampered by symphonic keyboard arrangements.

Symphonic (black) metal in 2017 uses a lot of real orchestration or very expensive computer programs to simulate one. The bands in the 90s did not have the same kind of funds as contemporary bands, this makes for the typical edgier sounding black metal in which the transitions are very sudden and less smooth. This makes for that typical oldschool vibe you can find on Enthrone Darkness Triumphant for example. However the music industry got a lot more advanced, also in good ways, it is always nice to hear an oldschool recording that really sounds authentic (because this one is authentic of course…). The satanic lyrics might look kind of simplistic next to the refined philosophical ones of our time but they still sound genuine and sincere.

This band never got the attention the other bands from their era received so it can be nice to go back to this time but with a modern mastering without being too polished. Give this a try if you like the aforementioned bands and their early releases and you will not be disappointed!