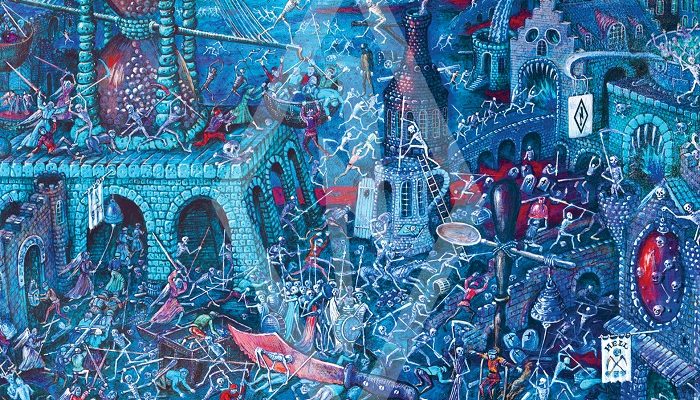 After releasing a split with Iron Reagan and a collaboration with the Antwerp hip hop masters from Team Panini, the Antwerp crossover thrashers from Toxic Shock released their second full-length record last year, following up Daily Demons. 20lastcentury was released by the German record label This Charming Man on the november 10th, 2017. Since it’s one of the best crossover thrash albums we’ve heard from last year, we found it surely deserves some more recognition.

The album kicks off with Iceberg. A thundering, rumbling intro, comparable to Power Trip‘s Soul Sacrifice, is followed up by the first sneering riff. They recorded the album in Denmark with iconic producer Flemming Rasmussen, who worked with Metallica on their classic albums. This is an element you can hear through the entire album, but shines through most in Immobilized & Paralysed. The melodic intro sounds like it could have been from Ride The Lightning. Mostly the guitars take the thrash element for their account, while the bass sound and Wally‘s mad vocals take care of the hardcore punk part of the music.

Evil Presence also has a very Metallica-ish intro, and fades into the shortest, but top track of the album: Great Great Gift. While Toxic Shock is known for making old school crossover thrash, the album also has some more modern influences here and there. For example in Great Great Gift: in the second bridge –Show me how to live! Show me how to live!– I even seemed to hear the littlest touch of death metal influences, paying attention to the change of the drumbeat. Before the album came out, a videoclip was released for this killer track, recorded in New York featuring legends of the genre like Cro-Mags‘ John Joseph.

This record bursts with appealing and catchy lyrics that make you wanna shout along. Godless is a rant about religion and the final track The Rape Continues features a short monologue against the current system, pro mother earth –We will not survive! Well-thought lyrics about being a misfit in society unify and energize their audience every single time –We need to act as one!. Because of this unsurpassed asset, Toxic Shock played tons of incredibly energetic and memorable shows last year all over Europe. By climbing up and jumping off every stage, structure and speaker he sees, Wally, the inexhaustible, perhaps best frontman of our small country, always succeeds in getting the crowd going crazy in no time. They also played an amazing release show for this record at Trix Club in their hometown, Antwerp, which was without a doubt one of the best gigs I’ve attended last year. I promise their mad lyrics and empowering music are even better at liveshows, so if you’re finished listening to this album, do yourself a favour and buy a ticket for one of their future shows! 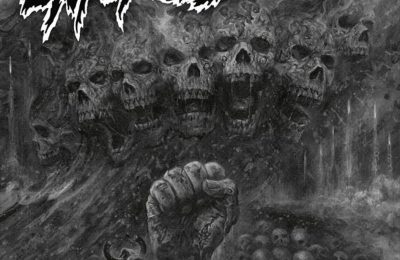 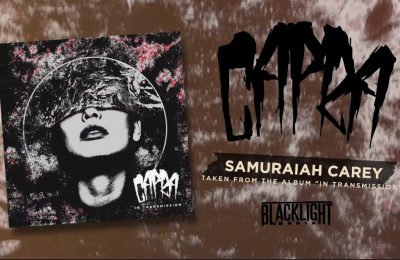