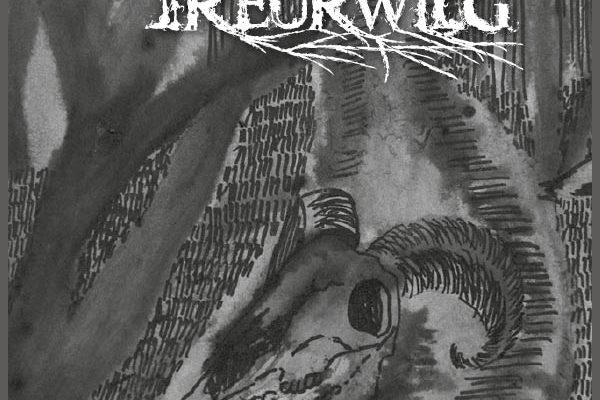 Before we get started I just wanted to say that I love the fact the doom-quartet Treurwilg from Tilburg decided to pick a Dutch band-name. Even though their song-titles (and I assume lyrics) are in English, I personally believe the potential of the Dutch language for metal and its sub-genre is widely underestimated and even underexplored. For our non-Dutchspeaking readers; Treurwilg is the Dutch word for Babylon willow, also called weeping willow (or Salix babylonica, by its scientific name). A literal translation would give you ‘mourning willow’.

Secondly I wanted to quote the promo-text we got from the band itself saying “the basis of the songs was recorded live, only having done overdubs on lead guitar and vocals.” This gives a certain insight in how the record was approached and how we can expect it to sound because “this makes Departure an organic record, sounding modern without the overproduction or cold sound most metal albums have these days.”  Now let us get to it then, shall we ?

A promising start
It takes just about three notes to realize Depature will be a grim and gloomy record. When a little later drums come thundering in and Rens van Herpt’s deep growls join the scene, it becomes very clear this record is going to be very dark and heavy. Just when you start thinking The Inflammation of Our Blood is an example of how doom doesn’t always have to be extremely slow to create an atmosphere of depression, Labyrinth kicks in with a slightly faster intro building up towards some more heaviness. When the vocals kick in the tempo goes down a little but the atmosphere remains full of the darkness doom-lovers will most definitely like. The guitar solo that follows might not be of a high technical level but thanks to the great tone it blends in effortlessly and doesn’t take the pace out of the track. Also worth noting is the outstanding drumming by Mitchell Scheerder. Doom metal is definitely not the easiest genre to provide with drums that are neither predictable and repetitive nor too complicated and thus taking away the focus of the atmosphere defining the genre. If you want my opinion –and I’m guessing you do, because why would you otherwise still be reading this- Labyrinth is easily the best track on this release.

An indecisive middle
As his Final Light is Fading contrasts with the two previous tracks not only by its length, which is approximately doubled, but also by its pace. The 11-minute track is much slower (for the most part) and in my opinion a lot more ‘wanna-be-heavy’. Even though it makes the record somewhat more diverse, in my book that wasn’t necessary. The built-up during the first three minutes of the song is full of tension and the deep growls work very well but the next three fade into a passage with screams that isn’t really my cup of tea. I suppose black metal fans may be really into it, but the atmosphere shift just doesn’t tickle me in all the sweet spots. It isn’t until shortly before the nine-minute mark a doomy outro gets us back to the atmosphere I loved during the first two tracks, until they fuck it all up with a minute of blasts that were a bit uncalled for. My personal taste of course, but the contrast with how much I loved the Labyrinth makes As his Final Light is Fading my least favorite track on the album.

A doomy end
Luckily though the Dutch quartet pulled themselves back together for The Vacant Void, also a slower track of a considerable length but this time the built-up is more fluent and without too much mood-shifts. A bit over half-way the track a peaceful, undistorted guitar strips the track down to its bare essentials before building back up to its heavy self. The title-track fills the last 10 minutes of Departure and is in structure quite similar to its predecessor. However it rather fades out towards the end than gets back to its original heaviness.

In conclusion Departure is a doom record that’s rather diverse, with the first two tracks being of the short and fast kind (in terms of doom that’s still 5-6 minutes and hardly faster than 120 bpm), the last two being somewhat longer and slower and the middle one being a bit indecisive whether it wanted to be doom or black. The strong points of the records are definitely the amazing guitar tone, great drumming, deep grunts and (if we ignore the third track) the nice built-up from mellower to heavier passages.

Release date: October 31st, 2016
Label: independent
Tracklist:
01. The Inflammation Of Our Blood
02. Labyrinth
03. As His Final Light Is Fading
04. The Vacant Void
05. Departure