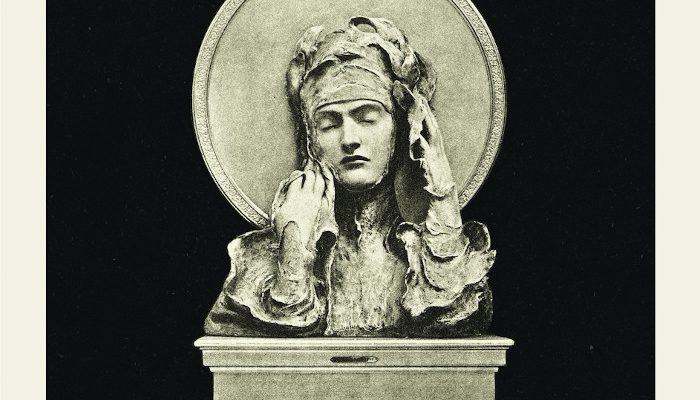 Inspired by the vampire myth and the horror movie flicks of the sixties-era the Swedish blackened gothic phantoms Tribulation have been unfolding their macabre tales of darkness. The ensemble, whose grim music has the most enchanting melodies, once again emerge from the shadows and present their latest masterwork to the masses. “Where the Gloom Becomes Sound” feels just as dark and atmospheric as the previous outputs such as “The Children of the Night” and “Down Below“. Prior to the release of the new album, the band announced some unfortunate news with the sudden departure of the guitarist and the founding member Jonathan Hultén (guitarist) who will be replaced by guitarist Joseph Tholl (ex-Enforcer), making this normally officially the last album with Hultén.

The songs encapsulate a fine quality that revolves around supernatural themes. The melancholic setting of the guitars and the synth creates a psychedelic and ghostly aura that captures the grim nature of gothic literature. The album broods on a menacing force of ghoulish growls adding a spooky quality to the music where it splendidly sprawls over the gloomy melodies. There is a clear refinement in the songwriting and overall delivery. Tribulation proved that they can bring innovation to their craft and the latest installment isn’t different from what they have conveyed in the past.

From its dark atmosphere and the grim vocal performance “Where the Gloom Becomes Sound” is woven from the vintage tapestry era of gothic fashion. Each cut of this surreal album stands as an antique painting that is richly textured with hypnotic rhythm guitars, solid riffing, and imaginative synth. The opening track “In Remembrance” is shaped on the fragments of vintage rock music combined with dreamy melodies that instantly become spellbinding. The guitars here are imbued with dark aesthetic transcendence invoking the arcane and the mysterious grandeur of modern gothic and even black metal.

With such wafting crescendo that feels dark and timeless, the blackened gothic masters have arranged ten obscured songs that are brimming with an old gothic romance to oscillate back and forth between the divine light and darkness. “Hour of the Wolf” suddenly becomes more hypnotic to settle into grim mid-range growls. Adam Zaars and Jonathan Hultén have always had their unique style of riffing therefore the guitar work is surreal.

The beautiful and multi-textured entries such as “Leviathans” find its way through the lush vibes of the rocking riffs. With catchy hooks of the guitar arrangements and ebbing synth, Tribulation offers pleasing melodies. While the slow doom riff on “Dirge of a Dying Soul” is influenced by the Chopin Nocturnes, the arpeggio guitar chords and synth show that Tribulation got a few tricks up their sleeves. The overall sound inclusively suggests modern refinement in the textural feeling, without sacrificing the horror facets of their music.

“Where the Gloom Becomes Sound” captures supernatural lore in songs like “Daughter of the Djinn” have their creepy moments but elaborated to sound eerie and ominous at the same time. There’s so much fascination to be found in this powerful track from the menacing growls of Johannes Andersson to the electrifying solos and the ear-catching melodies that are beautifully swathed in the song texture. “Elementals” is so dark and dreamy, the track begins with spine-chilling melodies and waltzing riffs that could spellbind the listener. Whereas slow melancholic songs such as “Inanna” have that funeral mood to them. The track slithers between slow dirges and dreamy rhythms with the powerful drumming from Oscar Leander juxtaposition with the throbbing bass guitar. “Funeral Pyre” ventures into the deep darkness and ascends to the peak of the modern black/death metal a la Dissection. The song composition is inventive there are plenty of up-tempo vibes that are driven by heavy guitars.

Tribulation proves that their modus operandi is unique and out of this world. The highly effective song-writing is yet another key element to the band’s gradual success. The album closure “The Wilderness” is focused on rhythm guitars as the music takes more of a progressive approach. “Where the Gloom Becomes Sound” is yet another groundbreaking opus where they’re not necessarily reinventing the wheel but is more of a continuation to the predecessor. The band brings some fresh components but keeps the fundamental elements present.