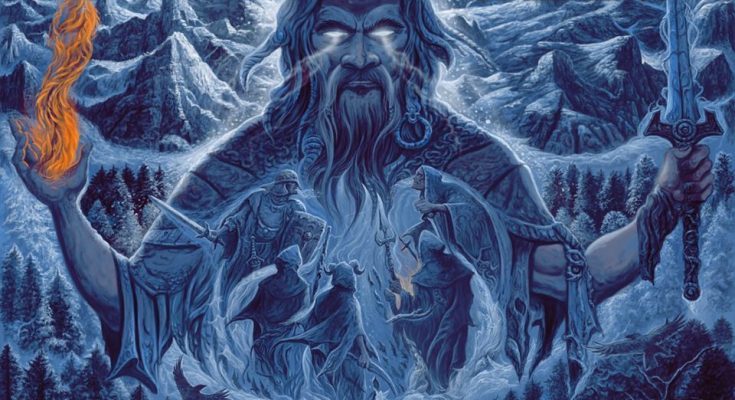 A decade after debuting their first full-length album “World Destruction”, the Swedish blackened death metal formation Trident unleash their second outing titled “North”. With the newest effort Trident convincingly evokes the past nostalgia of the Swedish style of black metal. Formed in 2007 by the duo guitarists Ulv (Fejd, Power Supreme) and Reaper AKA Johan Norman (ex-Dissection, ex-Sacramentum, and ex-Decameron). Through the lineup which also includes other veteran members such as drummer Goat (Altar of Sacrifice), vocalist Defiler, and bassist Bloodlord (Vassago, ex-Lord Belial) the band ventures into the raw and epochal fields of Northern black metal. When Trident released the debut album they showed real potential and around that time the Swedish underground scene was led by many extreme acts like Watain, Dark Funeral, and Necrophobic. The sophomore draws the classic elements of the 90’s era taking many components from bands like Dissection and Lord Belial.

The band is helmed by one of the most prominent musicians in the Scandinavian underground scene, and through this album guitarist Johan Norman and the rest of the band achieved stellar songwriting. The album opens with short intro “Enter” where Trident showcases a cinematic showdown. But on such a record that explores further the roots of early blackened death metal, the Swedish quintet brings many memorable moments. In the following track “Death” the listener will confront the impressive guitar arrangements where Trident reveals the facets of the second wave of black metal.

The dual guitars produce the razor-sharp tremolos however the acoustic guitar arrangements adds a catchy recipe. Across the tremolo riffing and aggression, the heavy bombardment of the drums is well performed. Trident’s distinctive riffs are followed by ferocious rasps of vocalist Defiler, with all the melodies perfectly installed there are many tracks that focus on the acoustic guitars. “Imperium Romanum” is full of shredding riffs, where the fast-paced tempos are followed by blast beats and the track broadens into the splendor of epic pagan themes. “Summoning” is layered with complex riffing and blazing melodies that will bring early Dissection to one’s mind. The thick layers of the rhythm and lead guitars are employed with a swaggering performance coating the songs with superb and epic melodies. Some of the elements that surface on the album are the choral chants that conjure creates a somber mood.

There are also a number of remarkable tracks that give the album an epic feel “Pallbearers Hymn” continues to expand over the dynamic and steady tempos. Trident brings much inspiration from the past bygone and I must say that the songwriting on the new album and performance involves many dimensions. After ten years of silence, the intelligence of the songwriting endowed the band with individual skills. The heavy explosive drums on “Final War” penetrate through the blistering riffs yet the abundance of sweeping melodies shows clear aspects of blending the traditional style of black metal with innovation. The ferocity of the vocals contrasts with powerful drum assault although the riffs here are eminent and furious.

“North” combines several elements where there are moments when the tempo fumes with melodies then all of the sudden the guitars unleash blistering riffs, tearing the tempo into climax. Songs that are beautifully woven into the classic style of Dissection are “Possession” and the album title track. Trident holds to their deep roots and emphasizes strength, technicality, and the quality that is brought by the intensity of the members. “North” manages to convey the cold chilling melodies of the Swedish black metal through focusing on a fine technicality.

Although much of their work comes from the roots of the Scandinavian black metal the closing track “Schumann” proves the growth and the ingenuousness. The track clocks at eleven minutes of pure epic majesty through the many tempo changes the track flows from fast sections to slower tempos. From one guitar line to another the song patterns are defined by dramatic female chants and the somber qualities that are brought by the delicate layers of the acoustic guitar. “North” is a flawless and engaging album full of catchy guitar lines, this is simply a great come back album that should earn all the praising that it deserves and comes to a high recommendation to fans of Lord Belial, Sarcasm, and Dissection. 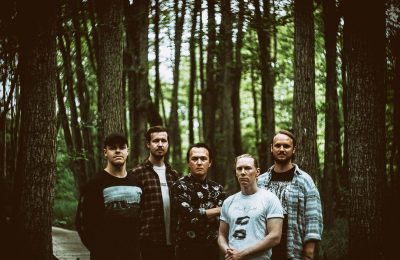 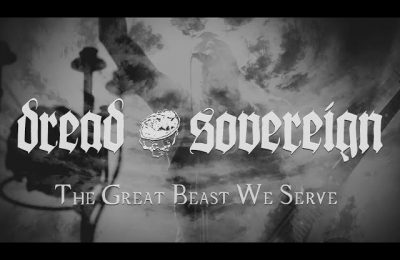