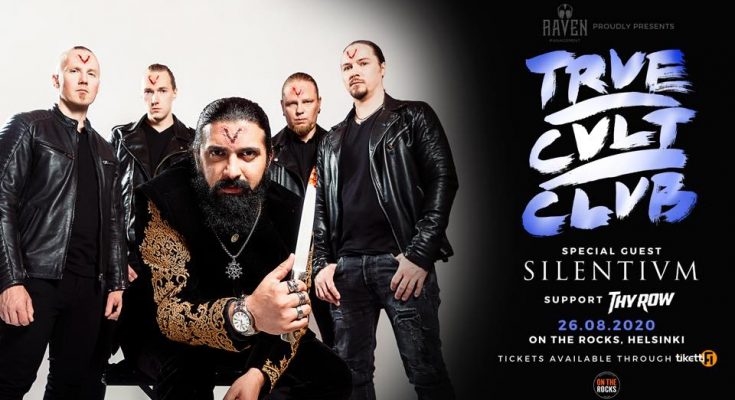 Concerts are a rather rare thing nowadays. So when the first ever live show of brand new collection Trve Cvlt Clvb was still happening, we just had to be there! On a sunny Wednesday evening we took the train to Helsinki and entered a place we hadn’t been to for ages… On The Rocks!

After first cancellation from opening band Thy Row and special guest Silentium, the Finnish metal outfit AvAciA was eager to fill in the opened up spot to warm up the already gathered crowd. We actually only caught a little bit of their show, but it sounded pretty decent. Some good old headbang-inducing metal that we need to look into further in the future.

Recently, a new band surfaced in Finland containing a handful of very skilled and renowned musicians within the music scene. The contraption was baptized Trve Cvlt Clvb and seems to be around to surprise (and trigger) people, but also for these artists to play music they really want to. And that was translated to the teeth into their very first live show. Despite the very poppy sounding first 2 singles, there was certainly a degree of heaviness to their sound, but mostly a soaring level of catchiness and dancing-inducing tunes. Every single person on stage radiated pure joy and was clearly having a whole lot of fun doing a show. To a point that it almost seemed like the band was just a bunch of good friends messing around on a stage. Luckily at this point the experience and skills of these seasoned musicians kicked in, keeping the quality of the show up there. Straight from the start they infused a whole lot of cheekiness by playing ‘Touch Me’ as the opening track. And even when they got a bit more serious, that cheekiness never went far away. While the sound wasn’t completely perfect yet, the first show of Trve Cvlt Clvb shows great potential that simply has to translate in solid music and a place for them high up in the ranks of the music scene. They promise to bring a stadium rock feel to the small clubs, we’re pretty sure that they’ll bring that club feel to bigger stages soon if they keep it up like this! 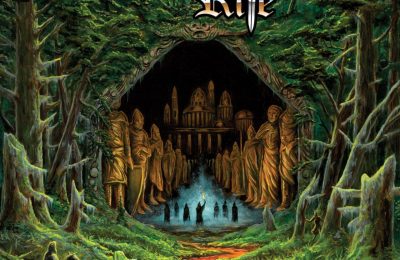