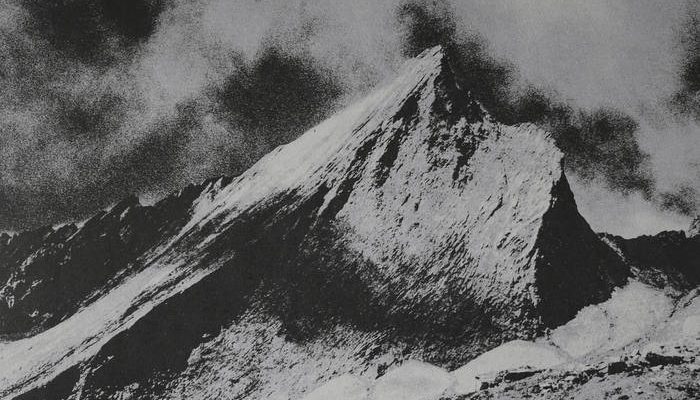 Turia is a Dutch black metal band formed in 2014 and after two full-lengths and a number of splits they released their third album last February. After mentioning them in my honorable mentions of my top 10 list of 2020 I felt like giving them a little bit more attention. The style is comparable to Wolves in the Throne Room and other atmospheric black metal bands like it as there is a focus on long and intense songs which create an image in your mind of huge wildernesses and thunderous mountaintops so why not review them still when we are in the middle of the winter?

The first thing that I noticed is the improved and clearer production, it is a huge step up from the previous two full-lengths and certainly does not take anything away from the atmosphere. The songs have just the right balance of repetitiveness and hooks to stay interesting for the full 46 minutes without feeling like you are listening to the same black metal album you have heard countless times before. The thing with atmospheric music like this is that you do need a certain amount of repetition to evoke a sort of trance like state in the listener while also keeping it interesting enough with unique details. A tough thing to do for sure, but not a problem for this band.

Throughout the album you will find enough examples of hypnotic guitars supported by the intense drums that don’t just pound away in blast beats but actually try to take a step back and give attention back to the other instruments. The intensity of their wall of sound is exchanged for haunting ambient pieces that bring a nice break in the action, sometimes in the middle of the songs but “II” is more than just a break and is a beautifully written ambient track. The ice cold piercing vocals can be seen as a little bit too repetitive as they are basically the same tone on the whole album but to be honest, it didn’t bother me even once. They are nice to listen to and fit the snowy and stormy feel of the album. Talking about the feel of the album, it is amazing how it can feel so consistently cold all the time. This is really bleak, even in black metal terms. The combination of the echoing drums, guitars that sound like a snowstorm cutting your face and those sharp vocals do exactly what they suppose to do.

The chanting on ‘Storm’ or the trumpet on ‘Degen van Licht’ are good examples of how to break up to monotony of these lengthy tracks and show that the band knows how to give the listener something to hold onto in this noisy whirlpool of depressive sounds.

For many listeners ‘Degen van Licht‘ might be a little bit too much of the same. For this reason I don’t review it track by track but rather as a whole. You could see it as something negative but that would be like missing the point of the album. You have to listen to this from the beginning to the end, preferably while walking through the snow or watching through your window out to a rainy scenery. When listened to in that way you will understand the audible landscape created here and it’s quite possible to lose yourself in your thoughts in that moment.

In my opinion Turia is yet another example the Dutch black metal scene is alive and kicking. With so many experimental bands active these days it is nice to see a band who doesn’t try to stand out but instead delivers an album that is actually quite simple is its structure but very effective in its execution. If you’re a fan of bands like Wolves in the Throne Room, Fell Voices, Ash Borer or Drudkh you should definitely check them out.