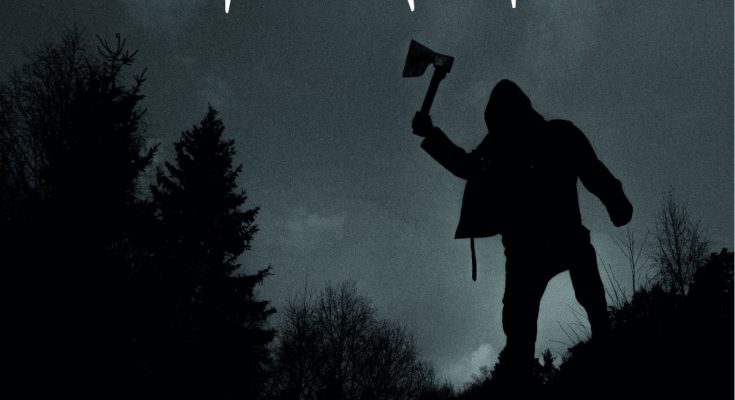 During the early nineteen nineties, Norway reached the pinnacle of success in defining the genre of black metal. In the last decade, a new wave of bands seems to bring back the glorious years of the past. A good example of such musical tendency is the Norwegian black metal band Valdaudr, formerly known as Cobolt 60, formed by guitarist and bassist Død (Blood Red Throne, ex-Satyricon), and vocalist Vald (ex-Goatlord, ex-Blood Red Throne). At first, I didn’t have many expectations for this release but after listening to the debut effort “Drapsdalen”, I must say that I was truly blown away by its true Norse sound. Many bands attempt to convey some kind of iteration of the Norwegian second wave black metal and have failed. Valdaudr has brought something of the old spirit of the early wave of black metal.

The debut is pretty much rooted in the vein of the Norwegian black metal bands such as Darkthrone, Tulus, Aura Noir, and more. However, the music isn’t a kind of rip-off of these Norwegian bands, a lot of the riffing here has that old primitive raw quality. These veterans have managed to deliver something wicked out of hell. The opening track “Liket Skulle vaert brent” clearly displays the core structural riffs, the riffing is cold and backed by blasting drums. For thirty-eight minutes Valdaudr will remind those that such roots are not forgotten. There are many variations in the guitar department where guitarist Død provides the pure and the unadulterated riffs.

“Trass og Vrede” begins with tremolo-picked riffs while the drums create a superb contrast. With the fuzzy tone of the jagged-edged riffs and the sharp aggressive vocals that sound vicious, the duo displays various elements that are perfectly attained. In this musical context, the album is played at various tempos with songwriting of high quality. The performance is consistent throughout the seven tracks. The fuzzy notes of the guitars give value to the songs. One of my favorite songs is the slow mid-tempo “Evig langt inn I tiden”. There’s plenty of old-school riffing and attitude, musically Valdaudr reflects on the elements of the early nineties black metal. There are no keyboards just the old clichés delivered in the Scandinavian style. Although the melodies are minimal, they’re stripped off of the composition, the drumming is organic and brings many changes in the tempo.

What’s so fascinating about the album is that each track is centered on a certain style. For example, the thrash metal elements on “Den Evige Ild” are delivered by aggressive riffs and blast beats. Other wicked tracks such as “Du Vantro Og vrange Slekt” are played in the raw Scandinavian way. The old school methods are quite effective and this is because each track tackles different compositions. The duo brings together various elements of the old inspiration from bands like Dødheimsgard. The influences to Darkthrone are clear but Valdaudr is not a clone band. Their music is derived from the roots covering all the aspects of the Norwegian black metal evolution.

One of the memorable songs that showcase melodies is “Drapsdalen”, which broods on the blazing tremolo lines and the slow riffing discharges the cold freezing atmosphere of hoarfrost. The transitions from mid-pace to blast beats prove the solid intensity of the drums. These inspiring moments are played in the old classic tunes of Svart metal where the melodies outshine by the blazing guitars. The album closure “Kom, bestig Vaare Fjell” is played in the vein of folk/black metal bands such as Ulver. Where the music heads towards the Viking/folk-style black metal.

It begins with an acoustic guitar passage and emphasis the clean majestic vocals that contrast to the grim vocals. With plenty of mesmerizing melodies adding appealing touches to this epic track thus reaching its pinnacle. Finally, this goes as the highest recommendation to fans of Norwegian black metal, “Drapsdalen” was released through Soulseller Records and it is one of the highlight releases of February along with the Norwegian black metal band Inflabitan.