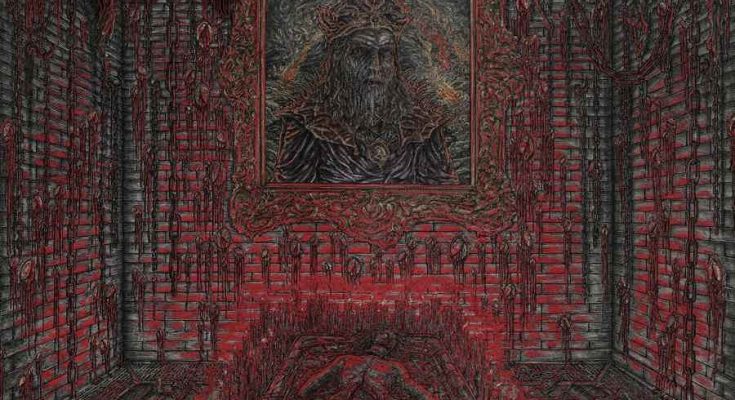 Cincinnati’s black metal ensemble, Valdrin, returns with their highly anticipated, third album, ‘Effigy of Nightmares‘. In 2018 the U.S.A. quartet released a remarkable album, shaped by the symphonic clichés of melodic black metal. Formed a decade ago, the band gained a deserving reputation with their sophomore release, ‘Two Carrion Talismans‘. With the three members remaining on their posts, being Carter Hicks (vocals, guitars, keyboards), James Lewis (bass) and Ryan Maurmeier (drums), the band signed a new member, Colton Deem as the second guitarist, who added a momentum boost for the new tracks. ‘Effigy of Nightmares’ feels entirely different from the sophomore and that’s because the tracks are defined by powerful dual guitars. Although the latest effort continues from where the previous album left off, the predominant influences of the European black metal bands precede the music. Ever since the sophomore, Valdrin has created some kind of a unique mélange between the melodies and the theatrical symphonies. The U.S. quartet expressed their fondness of mystical art which was manifested on the cover art. For this reason, they have formed a spiritual bond between art and black metal.

The opening intro ‘Gates of Hospice’ sets a majestic tone for the album. The piano arrangements are applied to evoke the dark aesthetics of nineties, symphonic black metal. This grandiose introduction provides depth to the music and the following four tracks. ‘Exsanguination Tunnel’ immediately takes an aggressive approach where the dual guitars steer the tempo into symphonic momentum. The drums provide power, allowing the tempo to fluctuate from mid-tempo to blast beats. Valdrin on their third album shows how much they appreciate the lush symphonies. The keyboards exude all the haunting melodies that are relevant to Scandinavian black metal.

The shrieking vocals and the percussion are maintained at a higher level while the bass guitar is quite audible and clear. The idealized way of projecting the orchestral composition reminds of early Dimmu Borgir’s album ‘Spiritual Black Dimensions’. Although the attempt here is brought by the traditional and the familiar style of the Swedish and the Norwegian black metal. Carter Hicks and Colton Deem saturate the songs with catchy guitar melodies. The intense swelling of the guitar riffs is massively scaled. Throughout the following track, ‘Red Burning Candles of Hatred’ the quintet provides a mesmerizing performance.

Valdrin shows that their musical ability has become a force. It’s worth noting how the keyboards interchange frequently and emit haunting moonlight symphonies. In many ways, the synth contrasts with the aggressive dual guitars that strike violently, giving the band its majestic identity. Although it’s quite odd for a band that hails from the USA to present a haunting and nostalgic style of black metal, it’s impressive to experience how Valdrin plays with different elements. Even though the keyboards are omnipresent, they subsequently add an ominous and mysterious background to the music. Another aspect is how the guitars utilize the bulky and brutal riffs to give the music a blackened identity.

In addition to the sinister riffs and temperate death metal elements, the tremolo pickings are also present. Valadrin’s approach is replete with haunting twists of melodies and dark symphonies. ‘Serpentine Bloodhalls‘ is a standout track, shaped by atmospheric synth and laced with eerie guitar chords that later become laced with the acoustic guitars. This is one of the tracks in which the band eschews the blackened aggression and fury. ‘Basilisk of Light’ is yet another furious track where the drums unleash straight forward blast beats.

The track also contains eerie synth, but this time the approach is more haunting and the professional layering of the synth is more varied. The creative sense of texturing the songs, illustrates the wide influences from many bands such as Nightbringer, Vesperian Sorrow and Emperor. There are some unforgettable moments when the keyboards sweep in and the tempo becomes somewhat slower. Amid the swirling mass of the twin guitars the solos are unleashed at the apex. The final track, ‘Down the Oubliette of Maelstrom’, is hauntingly electrifyingly through raspy screams that create an ominous feeling.

The synth weaves effective elements of gothic bewitchment and symphonic black metal, demonstrating a set of palpable sounds. ‘Effigy of Nightmares’ is a big improvement over the sophomore. Valdrin has succeeded in taking their craft to a professional level. Highly recommended for fans of nineties symphonic black metal. 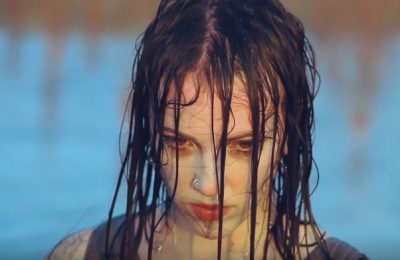 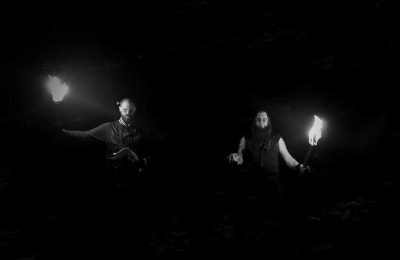