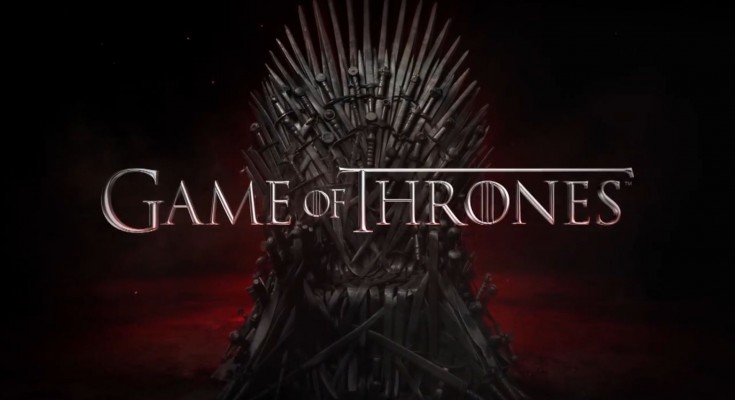 Just a few more days before the long wait is over for Game of Thrones fans worldwide. Next Sunday, 24th of April, we get the long anticipated premiere of season six of the immensely popular series adapted from the work of George R. R. Martin. This time, also book readers are left in the dark since the show has started drifting further and further away from the books’ story line and several cliffhangers have an unknown outcome even for them. To ease the waiting and to provide you with a soundtrack for the long discussions that will follow new developments I searched the corners of the internet to find some of the coolest Game of Thrones-inspired tributes out there. You better bookmark this one because there is a lot in here. Enjoy the listening!

The most known ‘Game of Thrones’-inspired songs come from bands or YouTube musicians who have taken a go at the series’ main theme or songs appearing in the books.

It’s particularly difficult to select between the dozens of adaptations on the majestic main theme written by Ramin Djawadi. A personal favorite is by the man that can turn any song into an epic metal track: Eric Calderone aka Erock. Not in a metal mood? Then you can always have a listen to Benedikt Mendzigal‘s western version or Chris Collins‘ medieval remake of the main theme.

The Rains of Castamere is by far one of the most iconic melodies of the series and a tune that wedding visitors all over the world fear to hear. On the series The National and Sigur Rós were invited to perform their versions (listen here and here). There are, however, also some metal bands that added that extra dimension to the tragic song. Definitely check out my personal favorite by The Foreshadowing. They created a doomy tribute to this iconic song entitled A Requiem for Wolves. Other adaptations worth mentioning are Orion’s Reign symphonic metal version featuring YouTube artist Pellek, the collaboration between YouTube artists Juan The Beast and The Cloudrunner, Igor Presnyakov‘s finger style guitar playing, and of course again Eric Calderone‘s little twist.

On a more happy note there are also some adaptations on the cheerful The Bear and the Maiden Fair. Of course Eric Calderone made his version in collaboration with Miracle of Sound. Such a bawdy song naturally attracts some folk bands. While the season three official soundtrack features the version used in the series of The Hold Steady (here), I fancy the adaptation by Irish Moutarde.

A final honorable mention in this category goes to singer-songwriter Karliene who has a playlist collection of original and adapted songs from the books. One of my personal favorites is The Song of Seven which many book readers will surely recognize as the prayer uttered by followers of the Faith of the Seven.

But let us also take a look at some original songs written by bands as a tribute to the series we all love. Continue reading in ‘Quest for Power’.

What other genres than power and heavy metal are best suited to translate the epicness of A Song of Ice and Fire into music? While they have entire albums dedicated to the work of J. R. R. Tolkien and his Lord of the Rings, the German masters of fantasy power metal, Blind Guardian, wrote War of The Thrones and A Voice In The Dark for their 2010 At The Edge of Time album. Don’t let yourself be misled by the Aztec video, because A Voice In The Dark deals with the difficult path of the young Bran Stark.

The title of the Hammerfall’s Chapter V: Unbent, Unbowed, Unbroken comes from the motto of house Martell of Dorne, while on the same album the songs Hammer of Justice, Fury of the Wild and Take The Black all carry reference to parts of ‘A Song of Ice and Fire’. Also the latest album (r)Evolution features a tribute to house Stark with Winter is Coming.

As far as I know, the only band out there that has dedicated the majority of its three full length albums to Games of Thrones is the American power thrash metal band Seven Kingdoms. While the first album still features a male vocalist, the latest two albums feature Sabrina Valentine behind the microphone. I must say I have become quite a fan of this band since I discovered them during my research. Enjoy here their video After The Fall, another song dedicated to the young Bran Stark.

While their name is inspired by the Elder Scrolls game series, The Dutch band Arkngthand has made an album entitled Songs of Ice and Fire. Some songs are power oriented, others more heavy and some even hint a bit towards progressive. Overall, it’s an entertaining album worth checking out. Unfortunately, the band has since then changed its name to River of Brakelights and started playing more progressive rock, devoid of references to the world of Westeros.

Some bands honor certain characters in the series, like female-fronted Morningstarlett with their tribute to Daenerys Targaryen, the Mother of Dragons, Gypsyhawk with Hedgeking (see below) dedicated to the fallen Robert Baratheon and a great track about Gregor Clegane aka The Mountain That Rides by Colossus. Other power and heavy metal songs worth checking out are October Rage‘s White Walkers, Winterfell‘s The Beggar King and Winter is Coming, The Last Alliance’s To The Far North and White Walkers, and Assedium’s Winter is Coming. Those of you who speak Spanish might understand more from Saurom‘s Se Acerca El Invierno (Winter is Coming), a ballad which deals with the tragic story of the Starks.

Is power and heavy metal a little too soft for you? Explore more genres in the tab ‘Other Genres’!

Power metal and epic heavy metal have always been the first genres of choice by musicians who wanted to honor rich fantasy writings. However, we can also find some Valyrian metal in other genres. It does not take much imagination to guess where the stoners of The Sword got the inspiration for To Take The Black and Maiden, Mother, & Crone.

More stoner vibes can be found in Mastodon‘s White Walkers. A very unusual Mastodon song written for the second Catch The Throne mixtape that also features contributions by Killswitch Engage, Anthrax, and Mushroomhead.

Not dark enough for you? The Greek Nocternity plays straightforward black metal and offers a change of pace between all the power and heavy metal. Their song Valyrian Steel (Blood of the Dragon) of the album Onyx is inspired by the valuable metal. Fun fact: the guitar player goes by the stage name of Khal Drogo. Also check out Fire and Blood by Thou Art Lord, another Greek black metal band where the singer Necromayhem is better known as Sakis Tolis of Rotting Christ.

Game of Thrones has practically become synonymous with death. So another extreme genre that has not neglected the Westeros universe is melodic death metal. Be sure to check out the Germans of Craving with Targaryen Wrath featuring Chris Caffery of Savatage. Another band in the same style is the Austrian Artas and their song A Song of Ice and Fire.

Is thrash metal more your thing? Have a blast with the American Lich King and a dose of genuine thrash in the form of A Storms of Swords.

Lastly, Veil of Maya brings us a more deathcore-oriented track with Winter is Coming Soon.

Before we finish up, let’s have a few laughs with some last songs, ‘Just for Fun’.

Enough with all the serious stuff. Let’s talk about some more danceable songs! My absolute favorite in this category is by Celtic punk rockers Paddy’s Allstars from Croatia.

So while the premiere of the sixth season is upon us, we still haven’t got any closer to a release date for George R. R. Martin‘s sixth installment of ‘A Song of Ice and Fire: Winds of Winter’. Just like Geek & Sundry, I just wished he would write like the wind!

That was my run through some of the coolest Games of Thrones-inspired music that can be find across the realm. For now I will just leave you with this grindcore beauty by The Absence’s drummer Jeramie Kling:

Imagine what other original epic tracks could be written about the War of Conquest, the Battle of the Trident or the battle of the Blackwater. The frostbitten cold of the North and evil White Walkers could certainly inspire some more black metal. Or what about folkmetal versions of joyful songs such as The Dornishman’s Wife? And above all… Don’t tell me metal bands don’t like to write songs about dragons! Even the cast of the series is confused by how metal some of the names in the series sound as proven in a recent quiz with your favorite GoT actors.

Any songs or bands we missed? Please tell us!