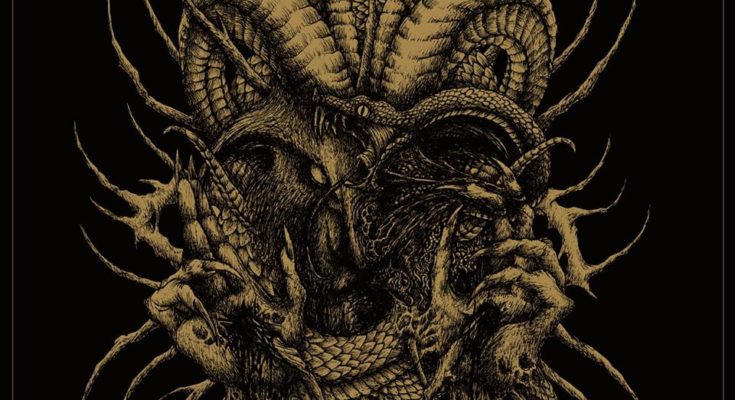 During the early age of black metal, Swedish bands were defined by the signature sound of pillar bands of the scene like Bathory, Marduk and Dissection. Sweden has always produced qualitative bands in the black/death metal genre, where the newer generation of black metal outfits such as Watain, Avsult, Craft, Ondskapt and etc. have shaped this underground music to a new level. Since the beginning of the black metal movement, Sweden’s influential role was almost unmatched. Within this sub-genre, the modern black metal bands of Sweden went through a process of development. Musically the birth of the orthodox black metal movement added more qualitative measures to the style of pure black metal.

Innovatively speaking, Vananidr is considered as one of the few modern black metal/death metal that sought different musical techniques than the current flock. Formed in 2018 by guitarist, bassist and vocalist Anders Eriksson. Vananidr‘s self-titled album was released in the same year of formation, only a year later the project returned with the sophomore release Road North. Which in my opinion was one of the best melodic black metal albums released in 2019. After only a short gap between albums, already a third album is released the next year. The band delivered its newest material with a new lineup including Anders Eriksson as the original member, Rickard Silversjo on guitars and Ljusebring Terrorblaster on drums.

In many ways, the third album Damnation channels the organic style of the second wave of black metal. But somehow Vananidr avoids a blind imitation, the latest album being varied and fresh. The opening track Distilled focuses on melodic tremolos while the drums unleash hell by blast beats. The high quality of the melodies and guitar riffs are professionally crafted allowing the tempo to change continuously. The second track Damnation is performed at a slow mid-tempo style of old school black metal. The guitars are professionally crafted, spewing the cold icy riffs whilst the high-pitched vocals sound menacing and evil. The riffing extends to cold dissonance and the atmosphere depicts apocalyptic themes.

Vananidr adopts an unconventional approach to black metal, the trio put their focus on musical experimentation in preference to abiding by a certain formula. The significant shift in sound is achieved between mid-pacing and diversity. Damnation is both extreme and melodic but moderately equaled the track ripples into mid-tempo and fast-paced drumming. Unlike the previous song Hunter, that is rather centered on straightforward blast beats and driven tremolos. The whole album is characterized by the dynamics, catchy solos and lead guitars. Most of the tracks here are driven by the efficiency of the guitar performance and the drums are played in a technical way.

In a more refined way, Vananidr applies compositional elements to the song structure with a complex riffing technique. This approach increases the dynamics of the drums and boosts the pace of energetic vitality without engaging into blast beats.  At times the band can be comparable to the latest album of 1349 and I, yet by interchanging the pace. Vananidr infuses the spicy flavors of the modern elements of black metal and delivers many classy riffs. Tides of Blood is somewhat groovy when the guitars fully shift into memorable melodies while simultaneously an incredible atmosphere is depicted by the dark riffing. Vananidr affirms the value of the riffs and the melodies of the old school black metal.

That track features some fiery riffs as they become powerfully effective, the melodic lead guitars provide an energetic vibe. The next track Wounds of Old is weaved in the same direction. Vananidr demonstrates a set of aggression and melodies although the strength lays in the virtuosity. The wide display of technical prowess is combined with powerful guitar pitches like the rhythm guitar and strong vocal performance. The technical complexity and the songwriting skills resulted in a notable progression on the newest album.

Damnation has enough melody and aggression to make it sound catchy and melodic, the band exhibits their musical expertise on the final track Void. The surging tremolo along with the rumbling bass guitar in the background and the pacing of the drums shows the ability to concentrate intensely. Finally, Damnation is bold and quite different from its predecessors, resulting into another successful album added to the discography of this Swedish black metal act. 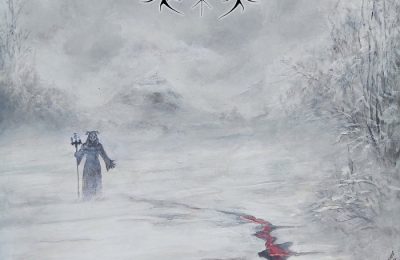 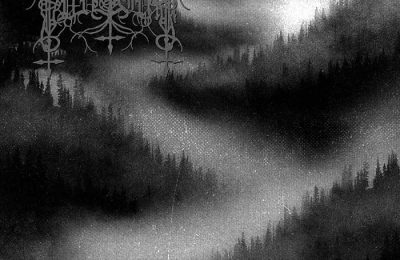