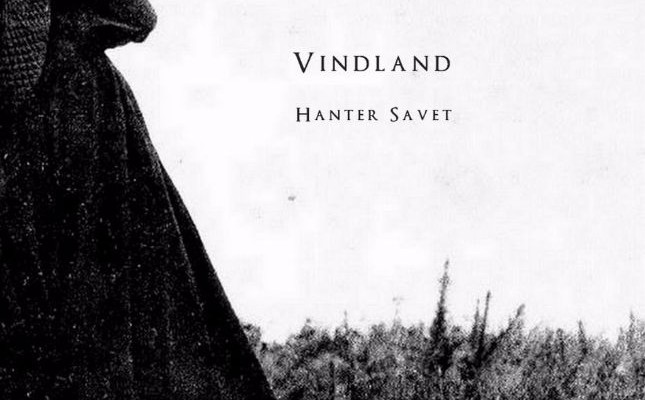 Vindland already started back in 2005 and released a demo and EP in 2007 and 2009 respectively. They split up however in 2010 after doing various shows in their native France. After they broke up the members played in some high regarded French bands such as Belenos and Les Chants de Nihil. In 2015 Camile, Marc and Romuald decided to reanimate Vindland. During the recording of Hanter Savet they hired Johnny as a session guitarist. Now that they are done with the writing and recording of their first full length they hope to be back on stage in the near future.

Although pagan metal is something that is mostly associated with the Scandinavian and Germanic parts of Europe, France also has its contributors to the genre albeit less famous. The biggest in names in the French scene are those of Belenos, Aes Dana, Nydvid and Bran Barr. It is not uncommon for the region or nation from which a band originates to influence the sound of that band. Vindland on the other hand doesn’t have all that much in common with the other French band and their typical, warmer sound. It is more related to the cold and harsh sound of the archetypical pagan black metal bands such as Windir, Kampfar and the early Enslaved albums. This can be noted by the fact that they chose a name which refers to the North-American region which was discovered by the Vikings around the year 1000 CE. Hanter Savet on the other hand is an old version of the Breton-French dialect and means as much as ‘haunted crossroad’. The titles of the individual songs are written in the same dialect except for the last one which is a re-recorded version of an older song. It would be too much of a challenge to translate them all so go ahead if you think you are up to it.

The atmosphere that Vindland expresses on this album is very interwoven with this title. With their eerie approach to the typical mid-90’s to early 2000 form of black metal they really paint the image of haunted forests and fjords which are cloaked in a very thick fog and centuries of moss and ivy. Throughout the record Vindland combines fast picking, blast beats and high screams with rather mid-tempo riffs and a more melodic voice. This makes this album very atmospheric and a great background or soundtrack for when you are reading The Lord Of The Rings or Game Of Thrones. This album is very much recommended for everyone who is into pagan metal but who wants something more than childish, superficial and catchy folk metal as there are already thousands of them. This is a really fresh approach to the music as it was played 20 years ago, a very nice job. This is why Hanter Savet deserves a 9/10 score.