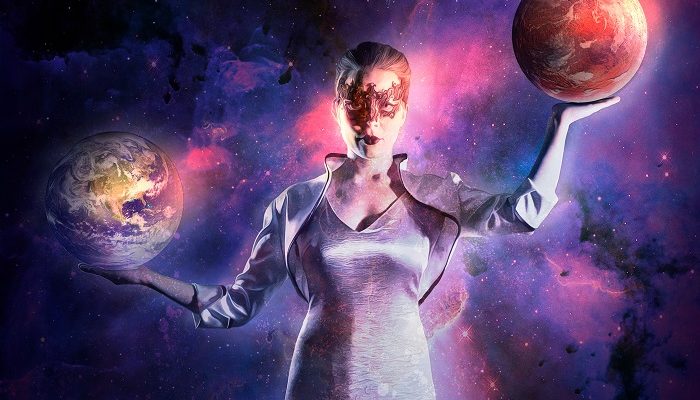 The Finnish symphonic metal band Vinide is up to their third full album ‘Reveal’. Which tells us a science fiction story about a former employee of a large information technology company who escapes a mental asylum and starts to find out what is really going on within the company. The album cover is simple and beautiful, it shows us a woman keeping the balance between two planets. I don’t see the link with the story, so I assume they wanted to create some mystery here to make us curious. I’m already very impatient to find out what Vinide, consisting of Elmeri Kinnunen (guitars, vocals), Mikko Kähkönen (guitars), Heikki Polvinen (keyboards) and Jaakko Juntunen (drums), is about to reveal.

‘Reveal’ starts with a mysterious intro with a piano, drum rolls, synthesizer, chimes, … and creates a galactic atmosphere which sets the theme for this album followed by how every story begins with ‘The Beginning Scene’. This epic song with screaming guitars and different rhythms is a great start for this album. Vinide surprises us with a guest soprano vocal who we can also hear in ‘The Rat’, another epic song with a lively chorus, and ‘Another Dimension’, a heroic song.

The next song ‘Breakout’ is an up tempo song in which Elmeri proves us that his strong and clean vocals contains a lot of intonation, which gives this album next to the varied rhythms even more variety. Next on is the title track ‘Reveal’, a slow and epic song wherein the synthesizer plays an overtone which creates a mysterious atmosphere. The other instruments and the vocals create the drama in this song.

Not only vocally is this a strong album, in songs like ‘The Plan’ and ‘Believe’ Vinide shows us they are musically equally strong with musical parts in the songs with heavy guitars combined with the synthesizer. ‘The Bombs’ brings a dark beginning, which is completely different than the other songs on this album, and eventually the darkness combines with the epicness that defines this album. 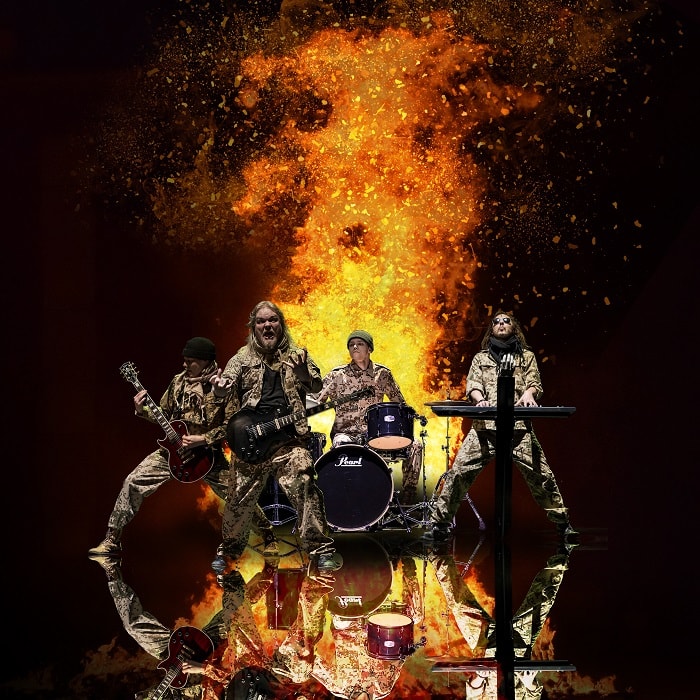 With 15 tracks ‘Reveal’ seems a long album, but they include lively and spoken interludes which is a nice change. This epic album is very varied with different rhythms and vocals with a lot of intonation. This science fiction story is full of plot twists to surprise you, so I won’t spoil the fun and let you guys find out for yourselves.