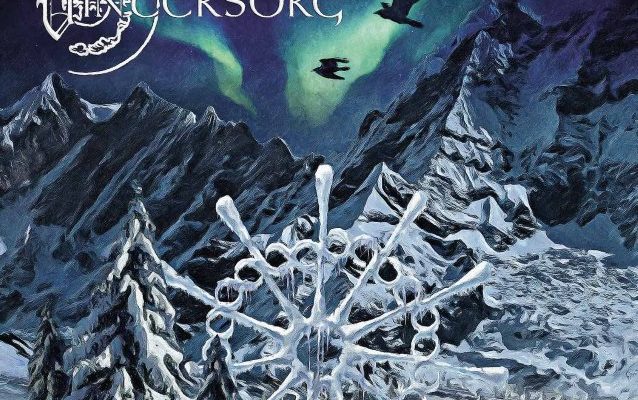 One could see it coming for a while now: with their new album Till Fjälls Del II, the Swedish pagans of Vintersorg take us back to their roots and the release of their very first album (which was Till Fjälls, for the slower readers among us) back in 1998, almost twenty years ago. This seems to be a recurring phenomenon in bands with a voluminous oeuvre (e.g. Metallica, Children of Bodom…) but of course the question is: is this a good thing?

In order to provide a satisfying answer to this question, we should first travel through time for a while. Vintersorg’s story began in 1998 with their debut Till Fjälls. I still remember how I got to know them through the epic song Vildmarkens Förtrollande Stämmor: straightforward pagan metal without too many frolics, upon which I would stare into the distance pretending I was surrounded by bitter Nordic icy winds on top of a fjord. The next album Ödemarkens Son continued in this tradition, magnificent in its rustic, nostalgic simplicity. From Cosmic Genesis on, we notice a focus shift: the folky, pagan aspect is demoted to a background position to the benefit of the merely symphonic and modern influences. Step by step, more experimental and progressive elements find their way into Vintersorg’s music. Don’t get me wrong: I don’t mean this in a negative way, I prefer bands who dare to expand their musical horizons over artists who keep doing the same old thing for twenty years. Visions From The Spiral Generator is the spiralling apotheosis of Vintersorg’s progressive adventures, with the introduction of electronic noises and a jazzy sound. This tendency is continued in the albums The Focusing Blur, Solens Rötter and Orkan, with a few very experimental uses of and breaks in rhythms on Solens Rötter. At the same time, we see a shy return of the folky, creeping in on Jordpuls and Naturbål. With the new album Till Fjälls Del II, the circle is complete! Now let’s take a look at the album itself.

Basically, all songs follow the same pattern. At first, there is a stormy intro full of haunted energy in which you can practically feel the ice crystals and howling wind on your cheeks. This is followed by a very calm, cozy, rustic piece with a somewhat romantic undertone. You know, campfire stuff. These two elements alternate constantly. The instrumental pieces are often grim and fast, influenced by elements of pagan black metal, while the lyrical pieces are rather slow and epic. Vintersorg’s voice is still top notch, with a good alternation between harsh and clean vocals. The use of choir voices contributes to the epic factor of this album. The lyrical theme: the icy yet ever so more fragile nature of the North.

This repetitive pattern, of course, implies the danger of getting a little boring after a while, which in all honesty was the case at first. What I found most disturbing is the fact that very often, flute and vocals follow the exact same melody, which makes it quite useless to use flutes in the first place. Especially since we are talking about very smooth and soft flute play – as opposed to the vivid flute work of, say, Eluveitie – it might get the listener in a very sleepy mood. Songs are flowing into each other like a gently rippling river: a few splashes here and there but always on the same underlying current. Apart from some groovy solos, on Lavin for example, maybe the Swedes should have kept a little bit more in touch with their progressive experiences.

Fortunately, every song also has a refreshing approach. The sinister acoustic intro on Lavin, the nicely braided jazz piano in Fjällets Mäktiga Mur, the funny Edvarg-Grieg-Meets-Trolls tune on Vinterstorm, a hint of Slavonic influences on Allt Mellan Himmel Och Jord… Also, the return to the pagan touch and folk instrument (samples) is quite welcome! Fjällets Mäktiga Mur has a lot of live potential with a charming flute and jolly clap-alongs. Especially from Vinterstorm on, folk starts prevailing more and more. Our favorite song is Tusenåriga Stråk: a powerful and determined but at the same time gentle song that hits some sensitive spots. It is also a good example of the black metal influences recurring throughout the album. Finally, there is also the nice closing song Vårflod: female vocals performed by the same Cia who took care of the backing vocals on the original debut album, introducing hints to Gothic metal (in a Paradise Lost kind of way, not just because she’s a woman).

It is time to come to a conclusion. Till Fjälls Del II is a pleasant return to the pagan/folky roots of Vintersorg, but on their journey through progressive areas they lost some of their earlier consistency along the way. It was this consistency that made the first two albums so great! The old choice for straightforward, simple, nostalgic and yet powerful pagan metal is now replaced by a stew of – both very decently executed – fast feverish black pieces and soothing campfire moments that don’t always match that well. However, this is a typical album that grows on you! You need to give your ears the time to adjust, and this album a chance to truly prove itself.

BUT but but! Grab on to something because the real treat is yet to come: this album is a two-in-one deal! Along with Till Fjälls Del II, there is also the EP Tillbaka Till Källorna, which literally means “back to the roots”. The four songs on it date back from the time when the band was still called Vargatron and was starting to consider changing their concept to what we now all know as Vintersorg. Of course this is the sweet cherry on the pie for everyone who, like me, prefers Vintersorg’s older stuff, even though they gave it a little contemporary twist. In the last song Svart Måne, which ironically isn’t metal at all but rather salsa, the Swedes are able to reconquer some consistency and credibility. And no matter how you turn it, Vintersorg always equals tons of cozy singalong moments!