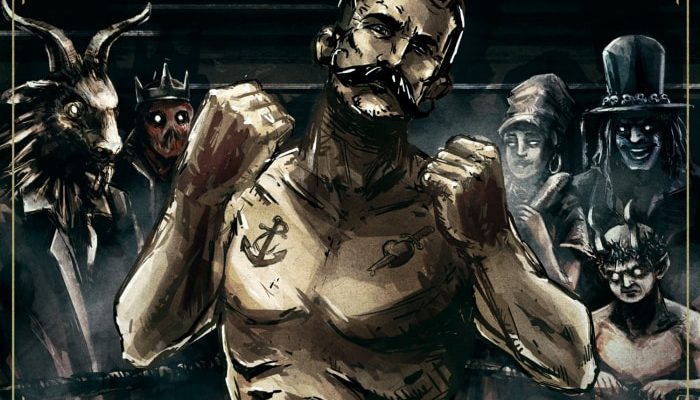 About 10 years ago the tagline “The King is alive and lives in Denmark!” caught my eyes and led me to check out a little upcoming band called Volbeat. The mix of heavy metal, hard rock and rock ‘n’ roll topped with a deep voice reminiscent of Elvis and Johnny Cash immediately convinced me and turned me into a big fan. Now, all those year later they rose to the top and are a name to be reckoned. With Seal The Deal & Let’s Boogie, they’ve released 6 full lengths filled to the brim with rock ‘n’ roll, soul, country and hard rock.

And of course on this new release they again come with the music and sound we all know and love them for. I can tell you now already there are no huge surprises to be found, but they rock, swing and “boogie” as ever. With opener (and first single) The Devil’s Bleeding Crown they immediately kick off full force with a groovy, heavy song infused with tons of rockabilly. You can hear so well in this song why Michael Poulsen has been dubbed the new “King”. I can see this song (besides many others on the album) become a fan favorite at gigs.

On the album you can find a whopping 17 tracks, so I need to pick the songs out that caught my attention more or have something special going for them. One of those songs that have that something extra is For Evigt. In this song you can hear a touch of Danish again like all that time ago on their sophomore album. And again this song is with Johan Olsen taking up the role of Danish singer. Actually this song is meant to be a celebration of The Garden’s Tale and a tribute to Olsen since that song was the direct cause for Volbeat to break through to the masses.

Black Rose is a wonderfully catchy song with the rock ‘n’ roll gear cranked up even a higher notch by adding the very distinct bluesy voice of Danko Jones. I would love to catch this performed live with all of them on stage! Not too much further down the tracklist comes title track Seal The Deal, which is one hell of a groovy rockin’ song! It reminds me of the sound of their first 2 albums that made me fall in love with them. A song very easy to sing along to and clearly inspired by rowdy bar fights and battles. And every Volbeat fan just waits for that moment on a new album where Michael shouts “ooh” right before they kick into what I’d call a heavy metal breakdown with great heavy guitar riffs that’ll turn any moshpit into a battlefield!

Besides those songs there are many more goodies to be found, like Goodbye Forever with backing vocals that just lift the song to new heights, the sweet love song Battleship Chains build of wonderful descriptive comparisons and The Loa’s Crossroad with the addition of pipes.

The last 3 songs of the album you can see more as “extra’s”. Cause The Bliss is basically For Evigt with the Danish parts in English, Black Rose is a version without Danko Jones and then there’s the live version of The Devil’s Bleeding Crown. A nice little treat, but nothing much special really.

This 6th accomplishment of the present kings of (hard) rock ‘n’ roll delivers what every Volbeat fan expects. It rocks the roof of any place and will make you wanna boogie and party ’till the end of the night and far beyond. Go and pick up Seal the Deal & Let’s Boogie of a shelf now and get ready to swing! 8,5/10 is only right for this little disc of heavy metal fun!