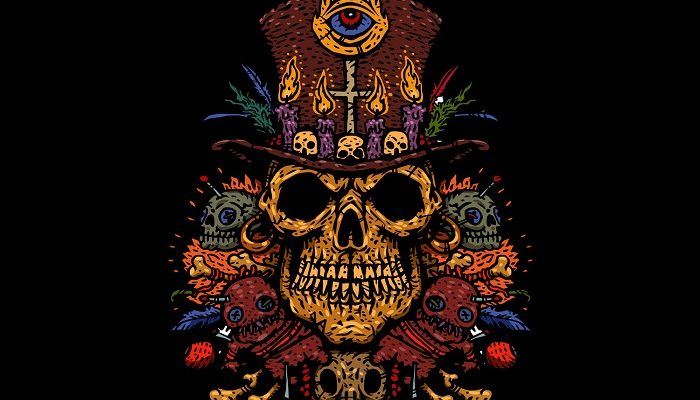 The German classic hard rock band Voodoo Circle, known for their catchy rock songs, comes up with their 5th studio album ‘Raised On Rock’, which will be available as a CD, a digipack and Vinyl. With a skull wearing a tall hat covered with voodoo dolls this album cover suits the band name and the title perfectly. It will be the first album with Herbie Langhans (Avantasia) who joined the band last year after David Readman‘s departure in 2016. Alex Beyrodt (guitars) about Voodoo Circle‘s new vocalist:

I feel that the band sounds even more autonomous, a little less bluesy and much meatier with Herbie at the mic. This allowed me to work on ideas which would probably not really have suited his predecessor David Readman but are absolutely perfect for Herbie’s powerful voice.

As a fan of Avantasia I’m really curious about how this album will sound. 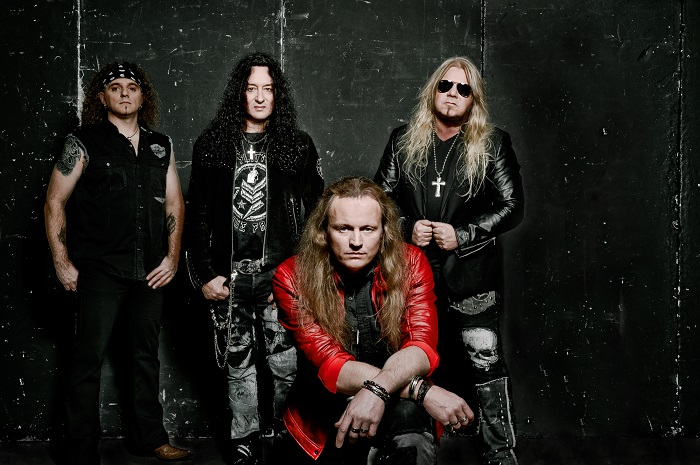 It immediately struck me that Langhans‘ vocals are cleaner than Readman‘s which breathes new life in Voodoo Circle‘s music. His broad vocal range gives the band a lot of musical possibilities and the band clearly made use of it. ‘Raised On Rock’ starts on the right foot with ‘Running Away From Love’. It’s a song with a firm rhythm, just as ‘Ultimate Sin’ and ‘Unknow Stranger’ later on this album.

‘Higher Love’ and ‘Walk On The Line’ are completely different. These songs have a catchy rhythm on which you can do whatever comes to your (dirty) mind. Later on the album there’s a more jazzy song called ‘Chase Me Away’. The combination of the sultry jazz with the harder rock parts are perfect for… Well, this might be different for everyone so I’ll let you finish this sentence yourself. Anyway, with these songs the DJ’s on the beach of MetalDays have the perfect music now for their afterparties.

Next to the jazz influence I referred to, the band used a synthesizer in a few songs which brings a blues influence. They also got a little inspired by AC/CD‘s ‘Thunderstruck’ when they wrote ‘You Promised Me Heaven’.

‘Raised On Rock’ is a varied and accessible album which combines rock, jazz and blues defined by Beyrodt‘s skilled guitar work in different ways.  Voodoo Circle also added some softer songs on the album exactly on the right places so you can listen to the entire album without getting bored after a while. With Langhans as vocalist the band got an upgrade without losing their original style. 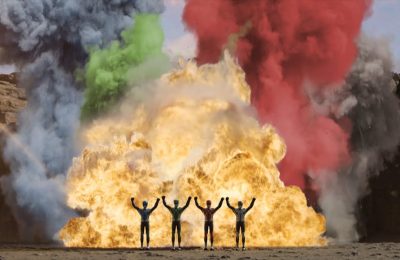