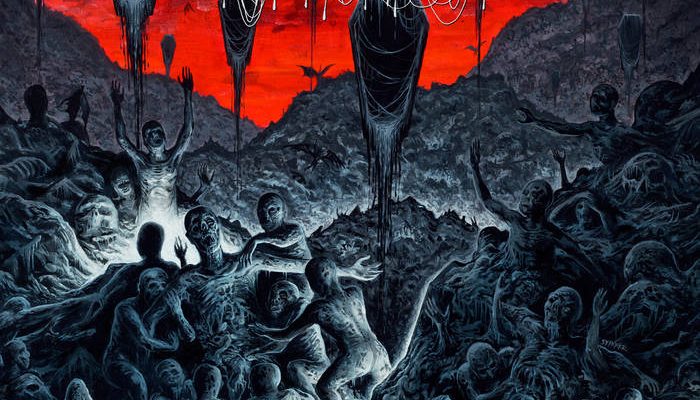 Portland, Oregon-based death metal quartet Witch Vomit returns with a new EP ‘Abhorrent Rapture‘ out via 20 Buck Spin. Featuring four obscene tracks of neck breaking brutality and guttural expulsion, their latest output petrifies the monstrous style of this American death metal band. Fronted by guitarist, vocalist T.T., drummer V.V., bassist Jason and guitarist Casey Lynch, Witch Vomit continues to evolve through natural progression and I must admit that the EP is a great follow up to the previous album ‘Buried Deep in a Bottomless Grave‘. The new tracks manifest bold tendencies towards Finnish and Swedish death metal. With their extremely pummeling approach to death metal, they stand as one of the strongest acts in the genre. On so many levels the riffs have been honed and brutalized. The cohesiveness of the sonic assault demonstrates freshly crafted material.

‘Abhorrent Rapture‘ veers between the complex linkage of chunky chords and tremolos. The opening track ‘Purulent Burial Mound‘ fires off the artillery barrage. The combination of fierce riffs and frenetic solos in the mid-tempo is delivered relentlessly without any restrains. The quartet manages to convey multiple styles from contemporary death/doom metal. The riffs on the following track ‘Funeral Purgation‘ skew a creeping atmospheric mixture of grooves and the slow grotesque patterns of doom metal. On the musical scale, Witch Vomit appears to be influenced by the modern American and Finnish death metal bands. Despite these variations in the tempo and the riffing technique ‘Abhorrent Rapture‘ presents excellent songwriting skills. Almost nine years since its establishment the Oregon quartet is still exploring new musical boundaries by achieving memorability and effectiveness.

‘Necrometamorphosis‘ is noteworthy for the atonal tremolos and heavy drum battering. Giving prominence to the catchy hooks, there is often a sharp distinction between bands like Incantation and Finnish retro death metal. In this latest outing Witch Vomit brings up some grisly death metal riffs. The regurgitating growls and the morbid sense of doom permeate across the time length of eighteen minutes. The intense fury of the blast beats on the closing track ‘Abhorrent Rapture‘ adds a sickening putridity to the feverish riffage. The composition unveils a dense mixture of swirling tremolos and catchy solos. With this signature sound being imposed on the song structure Witch Vomit continues to cement its style aptly. The guitar department drips gloomy melodies and a proverbial riffing technique that wasn’t displayed on the previous album. Although I insist that the short-length EP isn’t only about the unnerving tempos and ferocious blast beats the Oregon quartet conveys considerable variations in the context of the four tracks.

“Abhorrent Rapture” was recorded and mixed by Evan Mersky and mastered by Dan Randall. The gruesome artwork of the charred bodies was made by Matt Stikker (Power Trip and Outer Heaven) and it reflects images from a horror movie. This is highly recommended for fans of Autopsy, Incantation and Funebrarum. 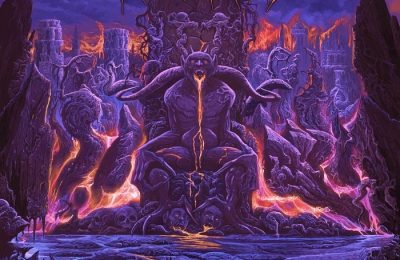 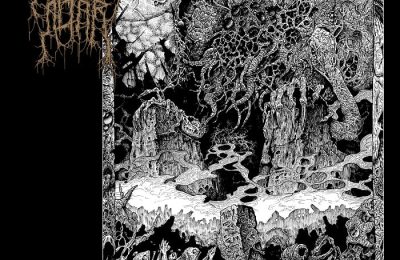 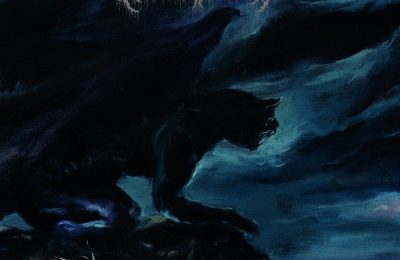