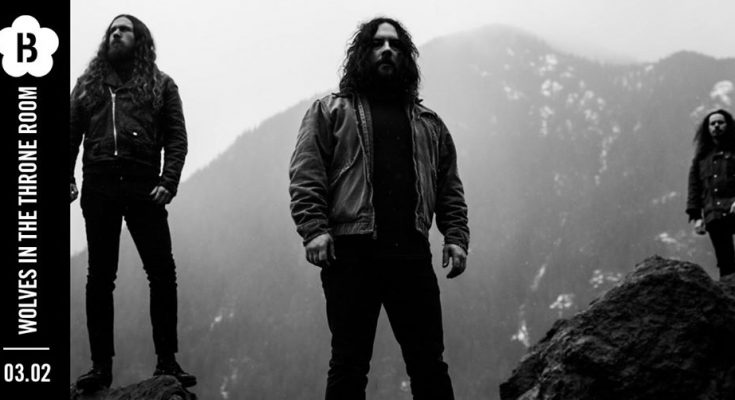 I’m always down for melodic atmospheric black metal. And what better way to experience it if not by attending a Wolves in the Throne Room gig? To be frank, last time I’d seen the Washington three wasn’t great. Then again, that was at a festival (Graspop does it again, damn them!), which in itself isn’t an optimal location for the genre. The show was of course iffy but more due to sound conditions being less than optimal. Remind me, why do I keep paying that much money for a shitty sound again? Anyway, that’s an issue for another time. Hopefully the experience would be far better in a fun little venue like Brussels’ Botanique (Rotonde).

This Flemish meloblack unit has been around for quite some time. 2001, to be precise. Now I may not have been listening to their work since then, but I was still more than familiar with it. My friends met me with surprise when I told them I was quite excited for Kludde. I thought it strange they’d never heard about these onion gobblers from Aalst but then again, it would seem the band called it quits for five years in 2009, before reuniting in 2014. If you missed them then, no harm done. You can now make up for lost opportunities.

Kludde didn’t disappoint. They played a no-nonsense set for a good 45 minutes or so. Sure, the show had nothing special to it, and their stage presence isn’t really in line with what a sold out venue expects, but they pulled it off music-wise. Now, I have my fair share of issues with this venue. For a long time the Botanique’s Rotonde hasn’t seen much metal. This has luckily been changing for the last couple of years, but it would seem the sound techies aren’t used to it yet. I would have liked to hear more guitar. Anyhow, a good warm-up set.

Time for the headliner of the night. Wolves in the Throne Room is back in Belgium for a night of swerving atmospheric meloblack. These lads brought us a pretty varied set, and that in itself should get a chuckle out of you. Since their songs are rather on the long side, you’ll never hear more than four or five depending on time slots. Since they were headliner for the night we got treated to a whopping six songs.

In all seriousness, They played songs from several records, going as far back as 2009’s ‘Black Cascade‘ with ‘Wanderer Above the Sea of Fog‘. They did suffer from the same issue as Kludde though. Not enough guitar, which is a damn shame since they’re vital here. You can’t have melodic black metal playing without the guitars sounding exactly right. I guess it wasn’t meant to be yet. I’ll have to see them play a venue that has more experience in supporting metal artists. A strong performance however, only the sound could have been a little better.

What the venue lacks in acoustics, it make up for in presentation. Ultimately Wolves in the Throne Room is a band you have to experience in a thick fog on which a precise light show lends its hypnotizing effects. This was fortunately the case and made up for the lackluster audio. Overall, music and eye candy went together fairly well. I certainly do not regret showing up. A fun night, despite some minor frustration.