You are here: Home1 / Gig Reports2 / Unbound In Madness Tour

Barely recovered from a thriumphant passage of Taake, Bölzer and One Tail, One Head at Sint Niklaas, we headed to the rural West-Flanders since our thirst for quality black metal is insatiable. After innumerable cursings, aimed at the city of Roeselare for making it so damn hard to find a parking spot, we finally found ourselves walking towards the venue, De Verlichte Geest. The dark ones must’ve been in favour of this evening of blackened blasphemy, since despite the hassle we arrived right in time to commence an evening in the light of the Unbound In Madness tour…

First on was Acrimonious (***1/2), one of the leading bands of the recent wave of Greek orthodox black metal entities, alongside Acherontas and Thy Darkened Shade, with whom Acrimonious shares members. The occult masters – obviously – focussed on their latest album Eleven Dragons, but didn’t forget songs like Lykania Hecate and Vitalising the Red-Purple in Ishes-Zenunim from their album that struck me the most, namely Sunyata. The quartet played meticulously and skillfully, never missing a note and Semjaza’s vocals were incredibly clear. Despite obviously being masterful instrumentalists, Acrimonious didn’t convince me totally, partly due to the static performance, but more because of the not-so-good sound. The lead guitar was practically inaudible at times and bass drum was way too loud in the mix. That didn’t stop them from ravishing through their set and blowing me away at times. I’m pretty sure that under better circumstances than opening up on a Sunday evening with a substandard sound, Acrimonious would easily enthrall me.

Reaping Season, Bloodshed Beyond was one of the first albums of 2018 that really impressed me. The filthy orthodox black metal with quite a big amount of thrash metal influences immediately made sure everyone knew: 5 years after the unmatched Black Mirror Hours, German horde Chaos Invocation (****1/2) are back! I remember seeing them in 2012 without being familiar with the band, yet they left a fierce impression. Needless to say this was the band I was looking forward to the most, and I’m glad to say they completely lived up to my expectations. Bloodsoaked figures, bursting with energy, took the stage and immediately started off with one of their best tracks ever, Beyond Coming. The rest of the set focussed mainly on their latest spawn, yet Chaos Invocation raised the bar and subsequently put on the best performance of tonight – easily. Their new nummer, who looks like he’s more into deathcore, managed to live up (almost flawlessly) to the standard set by the almost legendary Gionata Potenti (Blut Aus Nord, Fides Inversa, Darvaza, ex-Acherontas). Chaos Invocation came, saw, and definitely conquered.

Having just released their fifth album Unbound, the masters of the Finnish style of black metal are touring again. Sargeist (***1/2) is a name many are familiar with, so they opened with the song most people know: Let the Devil in. Catchy yet pitch black is the winning formula of this Finnish horde led by Shatraug (Horna, Nightbringer and every Finnish black metal band in existence). Unlucky for these guys there was a continuous feedback in the stage monitors, which is the reason frontman Profundus (Desolate Shrine) almost shut down the show prematurely. Sargeist seemed to suffer from the same issues as Acrimonious did before them, only they perfected the ‘art’ of the static performance: literally nothing happened on stage except for Profundus walking around, looking menacing, and Shatraug appearing as uninterested as ever.

The only member to really strike a chord was VJS, better known as the lead guitarist for Nightbringer, who seemed completely under the spell of the riffs he was playing, tremolo picking all the way through his set without even looking at his guitar once. Being the masterful guitar player he is, it was a pleasure to look at. All in all Sargeist didn’t leave a lasting impression but nevertheless put on a quite enjoyable show, if you’d be able to forget about that horrendous feedback during the whole set. As much respect as I have for people taking care of sound duties (as I have a dabbled a little bit with it as well), this guy really needed to step up his game. 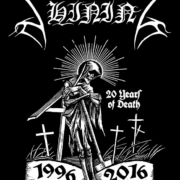 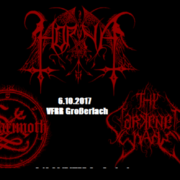 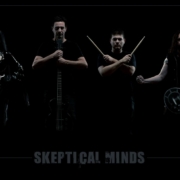 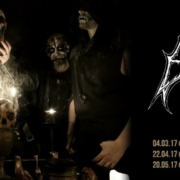 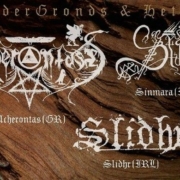