Whenever I come across newer symphonic/melodic death metal bands I can only think of Septic Flesh or Fleshgod Apocalypse. These two bands have shaped the sound of this musical sub-genre by introducing orchestral elements combining them with various musical instruments. In some cases symphonic metal bands use choirs, full orchestra and talented female vocals to add more layer to the texture. Generally speaking these elements are often designed to fit into such musical style and this is to say that the French symphonic death metal band Gorgon are one of those bands that you definitely need to keep an eye on.

Though the French quartet is not very different than the above mentioned bands, and while dealing with this kind of music their symphonies are nicely tailored to the sound. The sonic value of the album hides behind the aesthetic artwork which depicts a feminine figure, and based on the performance the music itself is a work of fantasy. Origins opens with heavy guitars combining melodies which are disclosed with excessive symphonies, and angelic female vocals that play a dramatic role.

While the growls of front man Paul Thureau are harsh they somehow lack the vocal effects and needed quality for such kind of music. The sophomore comes in eight tracks including one orchestral song backed with female vocals. Most of the tracks on Elegy flows into the same vein, yet Gorgorn employs some worthy gimmicks to keep the music sound chromatic. Under A Bleeding Moon is one of the standout tracks where the band creates some epic moments, the melodies are animated and they are meticulously inserted into the textural sound. The guitars makes a good impact with the heavy riffs and the same goes for the bass guitar.

The third track Nemesis follows with extended symphonies and this time the orchestral arrangements boom with an epic touch. For example the choirs are pushed to the front and they are supported with guitar riffing. Gorgorn successfully employs the cinematic vibe on their new album. The music feels more expressive there is a lot of aggression from the blast beats, the brutal sense in which the band embodies is quite intense and adds a beautiful feel to the music as well.

There are many tempo changes from the sweeping melodies and the fast solos, but again the lengthening atmosphere is an integral part to this album and its provided with a great listening experience. The embodiment of elegance and brutality are impressively utilized on Into The Abyss which is illustrated with various musical elements, the Mid-Eastern melodies along with the female vocals are the main focus on Elegy.

Gorgon’s musical style is quite modern, the band has its own way in achieving dynamism by mixing symphonies with the measured aggression. And gradually each track reaches to the peak with the organized melodies and good musicianship. The quality of symphonies on Ishassara are imbued with oriental instruments, the classical elements are arranged to add the cinematic feel and they are wrapped with divine soundscapes.

Of Divinity & Flesh gives you a valid example of how the band uses the oriental instruments in creating such emotive and epic soundscapes. That are carried along with heavy guitars and growls, the compositions here are melodramatic. This second album shows how the band has made a progress from their debut. The brutality are injected with guitar riffs, which immediately caught my attention while listening to the album. Gorgon may have a different approach to symphonic death metal style but from my point of view Elegy shows a fair effort from this band. 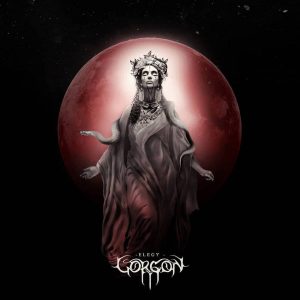 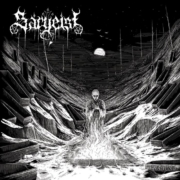 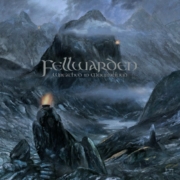 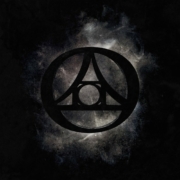 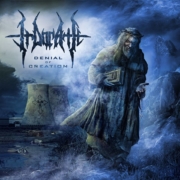 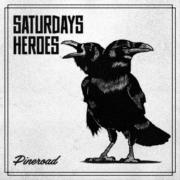 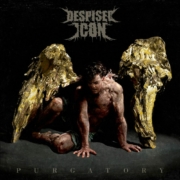