Hey you! Are you still waiting for some heavy music? Has 2018 been too quiet for you? Worry no more! Killus is back with Imperator! If you’re familiar with their earlier works of Feel The Monster and Ultrazombies, you know you’re in for some heavy, industrial ‘horror metal’. Not familiar with the band? Perhaps it’s about time then! Especially if you’re from (or willing to travel to) Spain or the United Kingdom, as Killus will be passing through a few venues there to promote their new album. With their moves, attitude and paint-covered faces, these guys know how to establish their presence!

What can I say about this album? It made me wish I had a bigger stereo system set up! Killus nailed it once again with their music, with Ruk combining many different keyboard-generated sounds and producing heavy guitar riffs, solos and fitting melodic moments with Kun, Nano’s tight rhythm and clashing cymbals and Supersixx’s energetic loud vocals. At times I wished Premutoxx’s bassline was more audible, but I’m sure he will more than compensate for this with his live presence on shows. The overall mixing of the album provides a fantastic, heavy, metal feel. If you like industrial metal inspired by horror, you won’t want to miss out on this.

Monsters are real and ghosts are real too… They live inside us and sometimes they win.

What songs should you definitely look forward to?

Rostov (featuring Tim Skold (ex-Marilyn Manson). The song has a thrilling, action feel to it, with an ominous creepy vibe that makes it sound like it could have been a Resident Evil soundtrack. And if you love a build-up like in New Army Without Fear combined with an overall Satanachia feel, Queen of Babylon will be just the thing for you!

Let Me In was the first single to be released from this album and I have to admit that it sets a pretty good expectation for the rest of the album. The follow-up to Let Me In is Eternity. Early on it sounds like New Army Without Fear, but it quickly transforms into a White Lines feel. Halfway through the song, something kept screaming The Ghost Under Your Bed to me. The song remains unique in its own way, but it’s also quite amazing how the band manages to produce a sound that makes you think of their previous works in a way that you want to listen to those again as well.

Do It In My Name is a song that simply stands out to me. Especially the guitars and keyboard make this song question whether I’m still listening to the same album. It feels different, but in a pleasantly surprising way. Last but not least; The Demon’s Inn. At times, Supersixx’s vocals vaguely remind me of The Defiled; a band which, sadly, is no longer active. This is what made The Demon’s Inn another great song to me.

All in all, I can’t help but admit that the songs feel slightly familiar. However, that definitely doesn’t mean that Imperator is a boring album. It’s more than worth it. This album feels like an extra season to your favorite show or an expansion pack to your favorite game… It’s familiar enough for regular listeners to be able to get hooked to the songs fast and not have to adjust to a new sound, yet original enough for the songs to stand out from Killus‘ earlier works. Admittedly, it’s perhaps a little difficult to vote on a definite favorite… But that’s mainly because there are so many great songs.

Give the album a listen and if you’re lucky enough to have the opportunity to see them live anytime soon, don’t waste that opportunity! You don’t want to miss out on this and you can trust me on that! 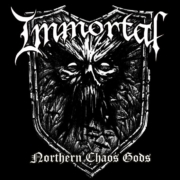 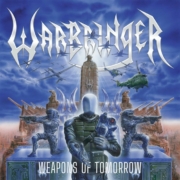 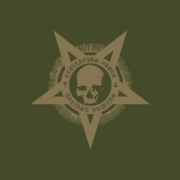 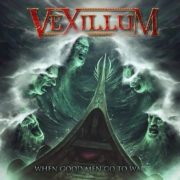 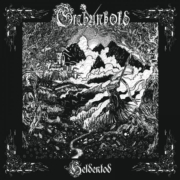