The city of Reykjavík has become the home for many black metal bands in Iceland. Since more than a decade this very scene has enthralled us with fine and superior methods of modern black metal. While fans might be familiar with the most famous acts such as Svartidaudi, Misþyrming and Almyrkvi, this review exclusively highlights another rising entity known as Nexion. Formed in the year 2016, Nexion is yet another group that joins the canon of Icelandic black metal. Their full-length album ‘Seven Oracles‘ introduces the direct sonic elements that make them familiar to the likes of Sinmara and Svartidaudi. The main composers are bassist Kári Pálsson, guitarist Jóhannes Smári Smárason, guitarist Óskar Rùnarsson, Josh Rood on vocals and Sigurður Jakobsson on drums. Their cohesive force of formation casts seven sonic spells that can be described as epic and dark at the same time. ‘Seven Oracles‘ initiates them into the obscure hallmarks of Icelandic black metal.

The title track begins with a slow guitar chord when suddenly the listener will behold the high density of the blackened riffs. Nexion prefers to probe into the darker methods although the mystical album cover provides a ruling theme of mythological deities. The music focuses on creating a wicked atmosphere that contrasts with the ritualistic sensation. The dual guitars spew a hazy aura that adds quality to the song texture.

‘Revelation of Unbeing’ instantly evokes the fierce style of Icelandic black metal. The scorching guitars conjure up horrid images of evil deities, lulling the listener with the hypnotic passages. Nexion also reflects on the melodies. The guitars build up an ambient kind of atmosphere that identifies their musical craft. The vocal capability is measured by harsh blackened growls. Overall, the music is well layered with an unearthly type of lead guitar melodies. The maddening, ritualistic illustration is seemingly imbued with total bleak obscurity.

‘Divine Wind and Holocaust Clouds‘ exhibits their modern art of black metal, the song is stemmed by atonal tremolo pickings backed by hoarse growls. Most of the songs foam bizarrely, the drums on the other hand keep a firm balance between the paces. Therefore, the debut irradiates a hazy atmosphere and with this method, Nexion seems to opt for a slow churning turmoil of dissonance and tremolo pickings. While it all sounds fixed at a mid pacing style of black metal, there is a certain threat given to the shimmering dark melodies that brood underneath the song layers.

One of the instant hooks on the debut is how the vocals simulate the signature vocals of Attila Csihar of Mayhem. ‘Seven Oracles’ consists of many spellbinding elements and apart from the excellent vocal performance, the dual guitars paint visions of the macabre. ‘Sanctum Amentiae‘ is a perfect song that describes the skilled profession of the dual guitars. Each instrumental piece contributes to the song structure and the atmosphere they create, is quite appalling. Although the riffs are catchy and melodic, they exude a morbid kind of fascination. ‘Utterances of Broken Throats‘ expands further across the violent force. The lead guitar always acts a pivotal role in shaping up the songs. While the riff pattern whirls like a vortex, the drums burst violently and excel into a hypnotic and ferocious pace.

Methodically Nexion brings unique varieties to the Icelandic modality. Hence, the songs transcend magically into bleak and hypnotic emotions. On the whole, ‘Seven Oracles‘ surely presents something different from the rest of the Icelandic black metal groups. The beautiful intro of ‘The Spirit of the Black Earth‘ instantly plunges the listener into the cold, dark abyss. The song begins with a celestial type of melody that resonates with memorable lead guitars. While slightly more focused on the deeper sensations, this is one of the many tracks where the drums burst into full rapid motion.

The growls are bizarrely performed here, but what comes as a surprise are the catchy ritualistic chants which later become followed by kinetic percussion. From the elevated, celestial transition to the hellish, unorthodox quality, Nexion delivers a classy performance. ‘The Last Messiah‘ channels these morbid notions on the album’s closure. The textured guitars portray some of the catchiest rhythms. With its seven unholy tracks ‘Seven Oracles’ sprawls across the biblical apocalypse. Across its overwhelming duration of forty-seven minutes the Icelandic quintet projects a bleak vision upon the realm of darkness. This is definitely a pure Nordic craft of an album. Highly recommended for fans of Almyrkvi, Svartidaudi, and Sinmara. 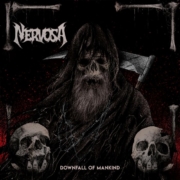 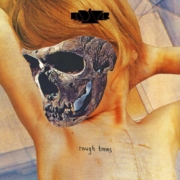 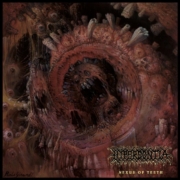 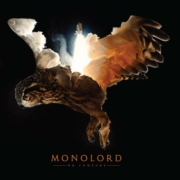 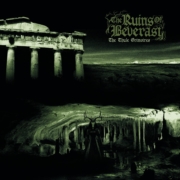 The Ruins of Beverast – The Thule Grimoires
0 replies