Time for something quite unique here at GRIMM HQ. When looking at the content of this site, it’s clear we don’t have a strong bond with Christianity and Catholicism: for the most part the acts that are discussed here are openly fond of the ‘left hand path’ ideology, some even outspoken Satanists. Then take into consideration the wave of (mostly horrible) ‘unblack metal’ that has risen and fallen down a few years back, and I don’t need to explain the fact that this site (and the extreme music scene it represents) and Catholicism aren’t quite joining hands anytime soon. For once we’re making an exception though, not in the least because the 7-headed monster that is Reverorum ib Malacht opened Pandora’s box and unleashed a sonic terror attack upon humanity.

Mastermind Emil Lundin (who we also know from Dödfödd) has, next to his roman-catholic beliefs, also a very wilful and distinct vision towards the black metal genre. For example their previous album, De Mysteriis Dom Christi, was released on all three traditional platforms (vinyl, tape, CD) whereas each format contained different music. Even though Reverorum Ib Malacht fits quite into the ‘lighter’ side of the philosophical spectrum, they’re scanning the boundaries of the black metal genre systematically: their sound is as much as impermeable, and it takes multiple listening sessions to even begin to grasp their new opus Im Ra Distare Summum Soveris Seris Vas Innoble, and even more to try to comprehend what’s going on.

Several layers of guitar tracks are draped on top of one another, there’s a lot of feedback going on and for the vocals, they’re nothing less than demonic. Next to that Lundin proves to be a skilled drummer, not afraid of experimenting from time to time. Musically the only elements hinting at the catholic allegiance are some bells, sparse usage of choirs and the Latin sermons that are heard here and there. The album is extremely dense (just check out Incompatible Molokh) that even the most experienced of listeners will find that it’s not an easy-to-digest album.

Next to these outbursts of pure sonic aggression the band can, as showed on Cloud of Unknowing, brood upon a slowly building, yet menacing atmosphere, which (after an intermezzo in the form of E Va Um Da) deteriorates into the terrifying maelstrom that is Etiam Si Omnes, Ego Non: an absolutely maniacal song that once again points out the unconventional work ethic of these Swedes (on a side note: the album was recorded with strobes and smoke machines in the studio). This borderline state of consciousness is only amplified on (Natten inuti) en tagg som sticker mig, en ängel från satan som misshandlar mig (2 cor 12.7ff), the track that marks the return of Swedish ‘wunderkind’ Sir N. (who we know from projects such as Grifteskymfning, Kaos Sacramentum and Svartrit, amongst others). Sir N. takes out his typical writing style, providing the album with a slight Ancient Records-feel.

The latest spew of the pitch-black-yet-oddly-enough-christian Reverorum Ib Malacht proves to be an immensely varied, but hard to digest album. It’s easy to write half a book about this release (which Lundin himself did over several occasions in interviews) and it’s difficult for a review to grasp what’s going on, since it’s a lot. One thing is very obvious though: concerning chaos, extremity and (un)listenability, Reverorum Ib Malacht is searching for the absolute limits and even pushing the boundaries of the black metal genre even further. 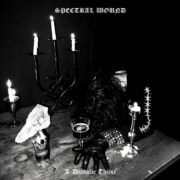 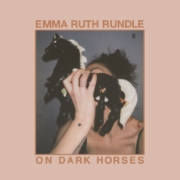 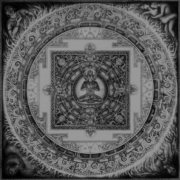 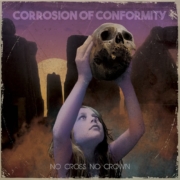 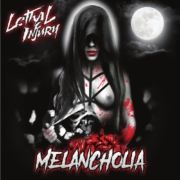 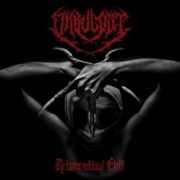