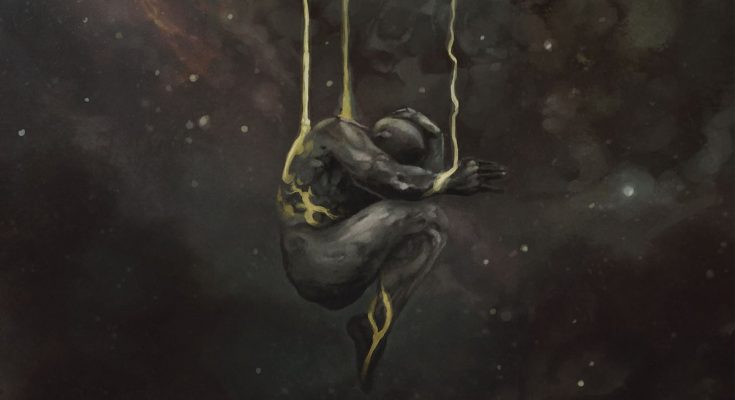 Assumption’s take on funeral doom is one that both references the classic stalwarts of the genre, but also gives it a unique spin all of its own. They formed as a duo in 2012 with multi-instrumentalist Giorgio Trombino and David on drums, both veterans of the Italian extreme metal scene. Two years later they had put out their first EP, ‘The Three Appearances’.

Now, their debut full length has hit the shelf: ‘Absconditus’, which translates from Latin as ‘ hidden’ or ‘concealed’, consists of three tracks that span a little over half an hour.

The lengthy opener ‘Liberation’ clocks at about a quarter and starts out slowly with a moody, bass driven intro that would not be out of place on an old Anathema or Pink Floyd record. It builds up the tension piece by piece until a dirge like, trademark My Dying Bride style riff kicks in and deepens the heaviness of the song.

At more or less a third of the song, they pick up the pace and start working with the dynamics between unforgiving raw death metal parts and creepy, crawly slow bits, reminiscent of  Disembowelment’s modus operandi in the early nineties or Evoken later on, especially when Trombino wrangles those dissonant, clean tones out of his  guitar.

When they keep a mid-pace they also remind me of their fellow countrymen of Fuoco Fatuo, whose massive and shit heavy take on doom you should definitely check out as well.

With tracks of this length, you need to make sure you really have a beginning, a middle and an end and not just a string of ideas pasted one after the other. The dynamic duo plays quite skillfully with these rules, both within the songs and across the album itself, with the relatively shorter ‘Resurgence’ positioned neatly in the middle. The spacey, minimalist synth provides somewhat of a temporary breather until it gears up again to an oppressive slab of misery with bona fide Candlemass riffing and some nice soloing.

The last track is the magnum opus, ‘Beholder of the Asteroid Oceans ( Part I & II)’, a slow burning epic that is in my opinion the highlight of the album. It unfolds in a similar manner as the previous two, but also expands on their experimental, psychedelic side, not unlike what Esoteric has been notorious for.

2018 looks to be a great year for extreme doom with Mournful Congregation’s latest tome and new albums by Evoken and Ataraxie in the works. You can without reservations add ‘Absconditus’ from Assumption to that short list. 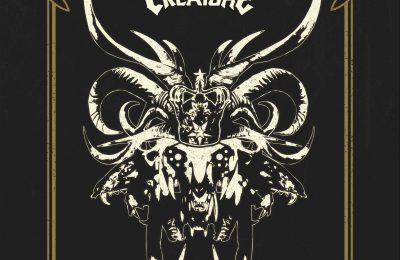