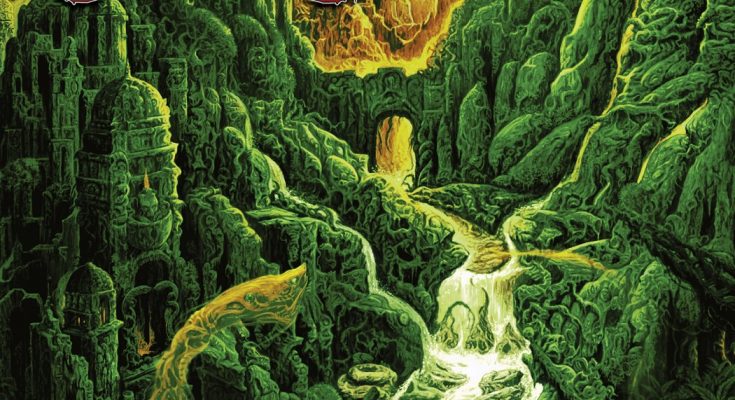 Whenever I was asked about my favourite Belgian band, my answer would always be Aborted. The answer was easy, despite the plethora of bands originating from the land of beer and chocolate, and incidentally my homeland. But the death metal masters have become more of an international bunch these days, with singer Sven being the only Belgian member left. Now when I’m asked the same question, I’ll answer with “Carnation“ before you’d finished your sentence. Thanks to their undeniable talent and by playing a few decisive gigs and festivals at home and abroad, the Flanders five skyrocketed to the top with impressive speed. Their 2018 record ‘Chapel of Abhorrence‘ was an incredible album that set quite a standard in the death metal scene and would leave many a fan hungry for more. Now, two years later, our patience is rewarded with their sophomore full-length, ‘Where Death Lies’, which will hit shelves on September 18th, again at Season of Mist.

The first track, ‘Iron Discipline‘, is the perfect start to this demolishing new record. This ferocious mood setter is a heavy piece of death metal which Carnation rightfully chose as a second single. A perfect mix between old and new school DM, it summarizes the band quite well. It’s no secret the band sprang forth from their passion for the former, something that was quite apparent on their first record. Here however you immediately hear Carnation have managed to fine-tune their sound into something even more authentic.

What follows are the first and third singles the band put out. You’ll no doubt have enjoyed ‘Sepulcher of Alteration‘, which at times reminded me of a less dissonant modern Immolation. While fans of the ol’ HM-2 death metal will find the title track ‘Where Death Lies‘ particularly pleasing.

‘Spirit Excision‘ is, to me, one of the true gems of this album. It’s got that old school death metal revival vibe, which we’ve been getting from modern bands the likes of Gatecreeper, Genocide Pact, Gruesome, etc. I also appreciate Simon Duson‘s interchanging vocal delivery. While the man has got some of the cleanest and most articulated growls I’ve ever heard, I also love it when he switches it up with some higher rasps.

On to ‘Napalm Ascension‘, which is maybe the most melodic track on ‘Where Death Lies‘. It’s a welcome break after getting such a pounding from the record’s first half. But repentance is short-lived, as Carnation blows us away with ‘Serpent’s Breath‘ and ‘Malformed Regrowth‘, a track which Vader and Hate fans are bound devour. Headbangers among us who prefer it slow and hulking on the other hand, will especially appreciate the record’s closing tracks. ‘Reincarnation‘ and ‘In Chasms Abysmal‘ are slower-paced but no less intense than any other track.

Carnation, it seems, have yet to let me down. ‘Where Death Lies‘ is an unrelenting banger of a record that contains one classic song after the other. If this weren’t an entirely new album, it may just as well have been made back when old school death metal was just called “death metal”. Yet even back then it would have been progressively heavy-sounding. It is also quite an improvement on ‘Chapel of Abhorrence‘. The drumming, which I thought was not as captivating on the first record, has now kept my full attention by surprising me on quite a few occasions, and riffs are much more memorable this time around. Duson‘s vocals, while already sounding quite impressive on ‘Chapel‘, are now utterly awe-inspiring and often terrifying.

Yes, Carnation seem to have outdone themselves again by setting another death metal standard. But can they surpass themselves next time, I wonder? I guess we’ll have to see. For now let’s just enjoy ‘Where Death Lies‘ and hope the pandemic will blow over soon, so we can hear the Flanders five play these new songs on stage. 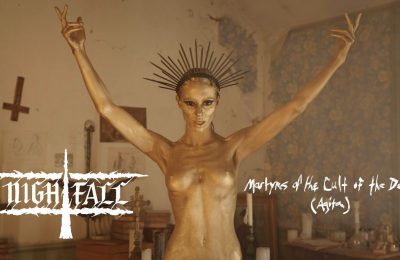 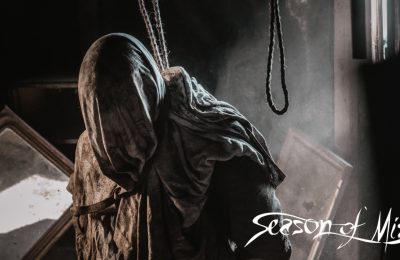