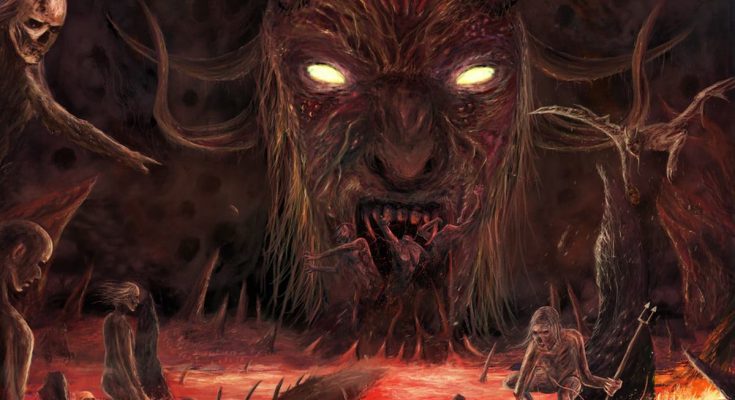 Let’s start this review with a question. What do you get when two former death metal drummers start a new project ? Apparently the answer is one hell of a thrash album. What started out as a thrash project by former Malevolent Creation drummers Gus Rios and Alex Marquez has become a force to be reckoned with. With fast thrash riffs and some great performances by guest stars, Create A Kill‘s first full length album, Summoned To Rise, has the perfect formula for an album worth your time.

Right from the opening song Create A Kill these guys show us what their music is about. Fast riffs, fast drums and overall power. If you’re a thrash fan like me, you’ll love this. The music is straightforward and energetic. No flashy experiments, but just straight up hard thrash, be it with some grind and death influence like excessive blast beats. What makes this album special is the different flavours of playing styles we get. The guys from Create A Kill managed to get a hold of some great guest musicians to make this album a sure hit. Summoned To Rise features Tobias Gustaffson (Vomitory, Cut Up, Amon Amarth) and Dirk Verbeuren (Megadeth, Soilwork) as drummers, vocals by Matt Harvey (Exhumed) and some guitar solos by Daniel Gonzalez (Possessed). With such big names, it’s no wonder this album reels you in right from the start.

When I am listening to this, I’d say most of the influences come from the older thrash metal pioneers. This definitely has an 80’s vibe, with a sound most reminiscent of the legendary Slayer. However this is much more than just some kind of “hey we can do that too !”. Summoned To Rise offers a new look on an already great genre. Combining traditional thrash elements with some heavier influence from death and grindcore, the songs offer a great mix for fans of any of these genres. Especially the bonus track, Flesh, Blood and Stone at the end of the album, makes a stylistic break with the rest of the songs. It offers more speed, chugging riffs and overall brutality. If ever there was a way to end an album with a blast, this would be it !

In short, if you like thrash, you like some brutality and aggression and you’re always in for something new, this album is for you !