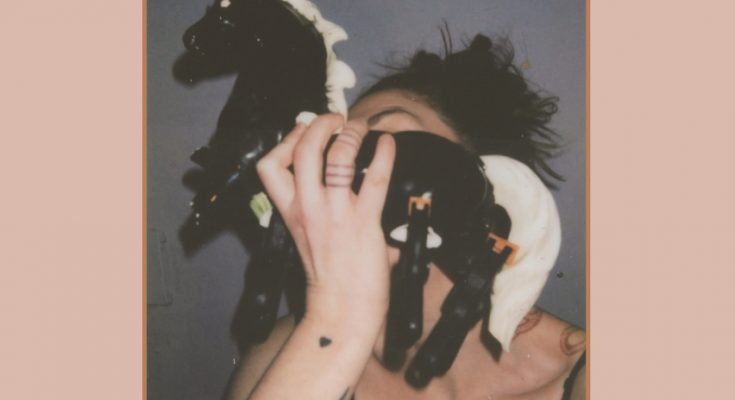 My first acquaintance with Emma Ruth Rundle came from her beguiling performance at Roadburn two years ago. Amidst all the stoner and doom heavyweights stood a fragile looking girl alone with just her guitar in hand. By the time she came to the finale of Real Big Sky, she had the whole audience eating out of her hand.

On Dark Horses follows in that vein. It might sound easy to catalogue her under the category doom folk like, for instance, Chelsea Wolfe, particularly on the suitably feverish first song. The comparison only works to a point though. Vocally, for one I find her sounding much closer to an early nineties Tori Amos.

While her songs are undeniably wrought from inner turmoil, they foremost stand testimony to a painstaking journey towards the light, rather than self-indulgent wallowing. Rundle’s compositions carry with them an inescapable and intimate sadness, yet if you spend time with her and her lyrics, you will find a hunger for hope is lurking in every corner.

Light Song features a duet with Jaye Jayle’s, Evan Patterson, with whom she also recently moved to his hometown of  Lousiville, Kentucky. That connection has brought in a sense of Americana that was not as present before.

The artwork on the cover brings to mind signature early records of Swans and Nick Cave and that’s precisely the kind of vibe this album carries.

The album closes on You Don’t Have to Cry Anymore, a musical catharsis that mirrors her earlier mentioned piece the resistance, Real Big Sky.

She’ll be playing with Jaye Jayle as support early November at the Trix in Antwerp and throughout Europe.