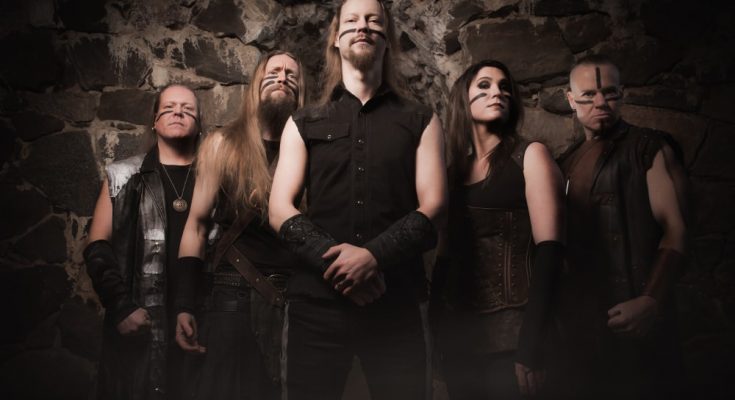 Finnish folk metal legends Ensiferum are about to release their newest album Two Paths on the 15th of September. We at GRIMM had the chance to have a talk with the band’s vocalist/guitarist Petri ‘Pete’ Lindroos right before their gig at Durbuy Rock. Despite the fact that the Finns had a tiresome journey behind them to get to Belgium, we had a cosy and interesting chat about touring, performing and… the upcoming album! Simply put; it’s the perfect time to rewind and look back and see what we can expect from Two Paths!

Hi Pete! How are you doing today?
So far so good. Pretty tired, but getting there.

Long flight?
Yes. Well actually, the flight was short but the days are not. We had a first stop in Germany last night. Late night show and we had to get up early. We left at 5.30 this morning…

Must have been painful!
Yes, it was (laughs)

And how has the tour been in general?
We’re not really on a tour now, we’re doing some festivals now during two weekends. We’re in the middle of studio recordings for our new album. But again, tiring. We arrived here around two o’clock and had about 4, 5 hours of sleep and only just had our dinner. And now I’m here, trying to stay awake until showtime.

Poor thing! So I guess you haven’t been able to check out any other bands this night?
Nope! And I highly doubt that we will check out bands that will play after us. We take off tomorrow at seven in the morning…

Hopefully you’ll get some more sleep after that… So you’re recording the new Ensiferum album right now. Can you tell us something more about it? What can we expect?
Well, it’s kind of going back in time. Our first album was done in an analogue way, like a track recording system. We’re going back to that. Partly, because you can only record 24 tracks. We’ve already done the drums, so there’s not much left. The sound so far is an absolute killer. It’s awesome. But it’s hard to describe, I think you’ll have to wait (laughs). But it will be released in September, October, we’re not sure yet.

I’ve also noticed that on the last two albums, you did some songs that were a bit ‘different’. I’m talking about songs like Two Of Spades, Stone Cold Metal. But different in a good way of course! Will you be doing something similar on the new album?
So far not. But you never know of course, things can change. 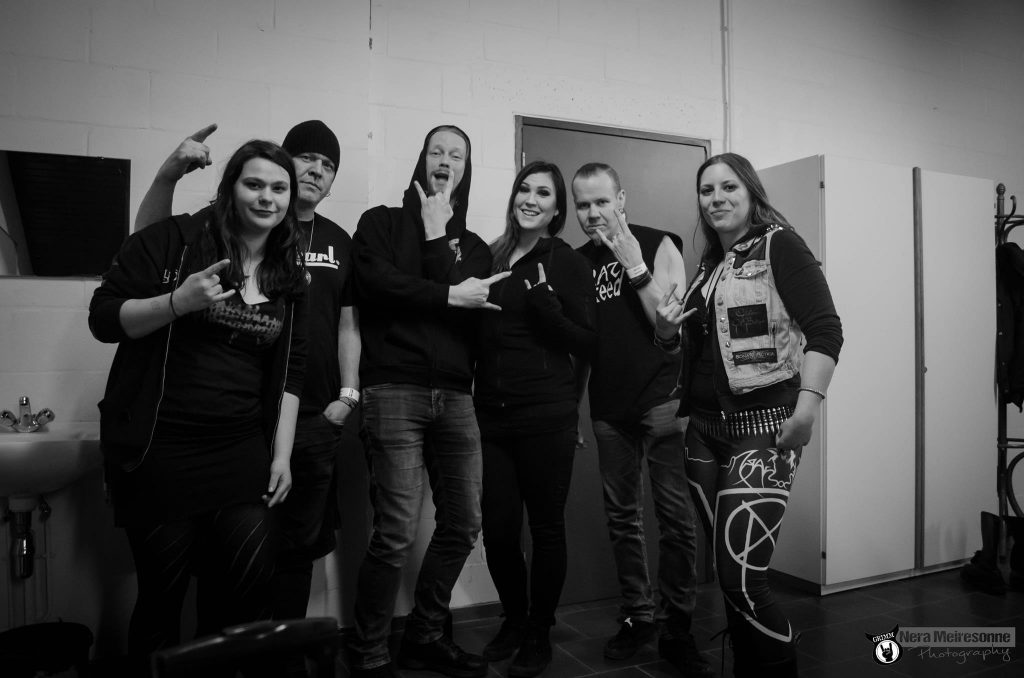 In your lyrics you often refer to Finnish folklore and the Kalevala. Where does that interest come from?
It’s mostly Sammi who writes the lyrics, you should check out with him. It’s folk metal after all of course. Mostly you insert some folklore, folk music, you somehow integrate some known tales of the country’s history.

It’s striking that people stay attracted to this kind of themes. Why do you think that people keep on having this interest?
Maybe people are just too lazy to read the actual stories. Why read the book if you can watch the movie, you know (laughs).

What do you like most about touring?
My tour bus bunk, haha! The best set-up, 24/7. You just crawl in, pull out the curtains and off to never never land!

We also have our own GRIMM youth house, it’s called Asgaard. Soon, we’ll have a viking theme night. It will be a hell of a party with lots of folk, pagan and other viking themed metal. We’ll surely play some Ensiferum as well. According to you, what are the elements for the ideal folk metal party?
Loud! No alcohol allowed since it’s a youth house, haha.

Hmm, there will be alcohol for sure!
Then there will be spilled beer, drinking horns, funny hats with horns. I would recommend the band Trollhorn from South-America. The first South-American folk metal band and it’s awesome, all greatness! Check them out!

You’re tired, but I’m going to ask anyway: are you going to have a party tonight?
I’ll get back to the hotel asap, so I can sleep… let’s say three hours. We’re sharing the bus with Finntroll, do I need to say more? If I would be drinking, it would be Duvel! You only need three of them…

You’d have a good night rest if you did! Final question: are you looking forward to the concert?
Yes, but I try to get awake first.

I’m sure you will! Good luck with the gig and thank you for your time!