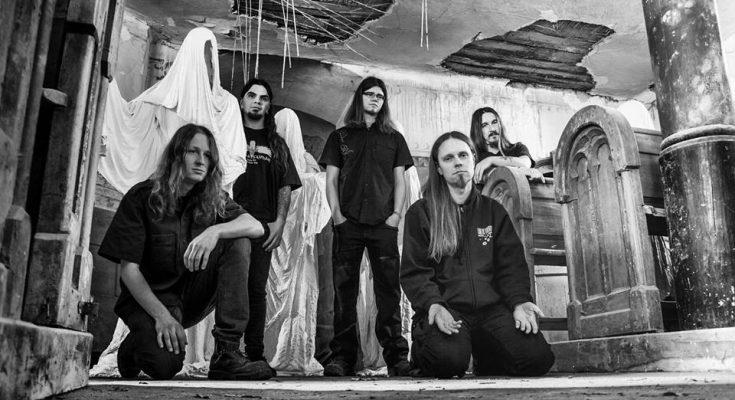 Straight from the dark corners of Prague, an existential doom metal band was formed in the last cold winter nights of 2008. A year later, Et Moriemur, self-released their first album: Lacrimae Rerum. Two more releases followed after that, Cupio Dissolvi in 2011 and Ex Nihilo In Nihilum in 2014. In Belgium however, their name isn’t that known so GRIMM ventured out in their trip to Prague to meet up with Zdeněk Nevělík, frontman of Et Muriemur, so we can get introduced to both the band and the man behind the show.

So tell me, how did you start the band?
Well, the band was founded be me if you want to call it that way. I wanted to do some doom metal because I like slow, melodic music with a lot of atmosphere. I’ve been doing music since I was a child, I played so many instruments but none of them good. (laughs)

I experimented not only with a guitar or the drums, but also clarinet, and I actually still play the piano. After some other bands I played with while still living in Italy. I must have been around 16 when I played in a hardcore punk band. It’s quite the change I know, but I just love hardcore metal and the like. I love Bad Religion, or a lesser known but amazing hardcore band called Threadbare. All that kind of stuff.

I’ve always been a metalhead though, listening to ACDC, Iron Maiden and more of the like when I was still a child too young to properly remember it. The hardcore punk period was more when I was a teenager. In fact, the band I played with when I was a teenager was called To je život and it was typical teenage project. Hardcore punk! Yeah! I had a lot of fun. But I’ll never forget the first time I heard the album Gothic from Paradise Lost. The atmosphere, the riffs, solos, voices, it was just amazing and it got me into doom metal. I discovered things like My Dying Bride and many others, and I just knew I had to do something like that one day.

Then the university period kicked in and I returned to Prague. My girlfriend noticed how I missed being part of a band so she said to look for somebody to play with. This was my chance to do something with doom metal. One of the first band members I found was Datel, the drummer. He is from a Czech town called Ostrava but is living in Germany right now and is also known from the Czech folk band Cruadalach. Another essential band member is Aleš whom I met some years later. He plays guitar in Self-hatred. The line-up changed a few times, but that’s the core of our little band.

So how does that all work out, with someone living a couple of hours away?
It works out by being a band who should rehearse some more. (laughs) Since Datel lives so far away, I live in Prague and the rest guys live in Pilsen, it’s dificult to get together. But we do make it work. We have a strong line-up now with good musicians so we know we can count on each other. We have our jobs and families, so once in a while is a good balance to rehearse. If you work with good musicians, it’s not necessary to meet up every week. You prepare at home and that just saves so much time.

How is that preparation process?
I write the basic structure of the song, Datel makes the arrangements and then the other guys just put in their ideas and it seems to work. This also makes the music a result of everyone’s input, not just me or a few. We all do it for fun and it’s our passion and being in sync with each other really helps.

It must be awesome to preform live with such musicians.
It is, but we do bring rather intimate gigs. We’re not trying to be spectacular or big, it’s very personal. We use the red candles you find on cemeteries, try to have serene trance throughout the show. I also don’t like to talk in between songs because it destroys the atmosphere we try to create. We want things to be very introspective, like a journey to the being that you are. But we’re not that static either. I do move a lot around the stage but I do so following the music, the vibe and however I feel.

We never know what will happen on stage. There are no rules to follow, just feeling the atmosphere and act according to it.

It must be difficult to create that on a CD as well.
We are actually already writing our next album. The songs are being prepared but we do have some gigs before, and we always want more! Anyway, every record is a bit different, but it stays within the general atmosphere. Compared to our last releases, this one will be a lot more spiritual. On our previous releases we used mainly English and then other languages like Czech, Italian, French, German and even Japanese! This time it will be different but I’ll keep it a surprise for now.

Other than physically encompassing the myth of Babel, will it still be in the dark theme?
Et Moriemur has generally been about grief, solitude and absurdity of the human life. We’re born, we spend our lives with loved ones and friends, our very loved pets and then, everything just dies. If you look at the bigger picture, it just doesn’t make any sense. With the new album I´d like to pay a tribute to those who left us. But even if all this sounds nihilistic deep inside I am not like that: I see myself basically as a positive person and I try to appreciate every moment in life.

Contrary to your name that is? We all die it means?
Right, but even if it’s so, even if everything dies eventually, it doesn’t mean you can’t do anything. We can all help other beings, if they are humans, animals or plants, it doesn’t matter. We can all do something to help them suffer less. Suffering may be a part of life just as much as happiness, but that doesn’t mean there is no reason into helping the planet. And even if there isn’t, there surely is no reason to cause pain on others.

I actually like Buddhism, I like reading a lot about it and meditate as well. It helps me be more balanced. And I love all kinds of it, from the Hinayana where a single monks is centered around reaching nirvana, to Mahayana, where a monk would renounce entering enlightenment before he helps other reaching it before him. I’m glad about the uprise in general interest in Buddhism, I think our society can learn a lot about it.

Musically, it’s not that directly expressed, but if you read between the lines, the general theme of not being so nihilistic and trying to help ease other’s suffering is noticable. I would like to add that all that Buddhism is just me, not necessarily the whole band. Though we do send money to a Czech animal rights association and it is written on our albums that we support animal rights.

Any chance we can enjoy this spirituality in Belgium any time soon?
We went to Brussels and Bruges some time ago.
You didn’t go to Ghent?
No! I’m sorry! (laughs) We visited a lot of museums and loved the dutch masters from the 15th, 16th and 17th century. But I do hear some kind of organisation in Ghent is booking bands so maybe we’ll hear from them! (winks)

We can only try to get you guys on our stage! Any parting words for our readers?
Nothing but thank you for your questions, thank your readers for taking the time to get to know us, and hopefully we’ll see each other in Belgium soon! 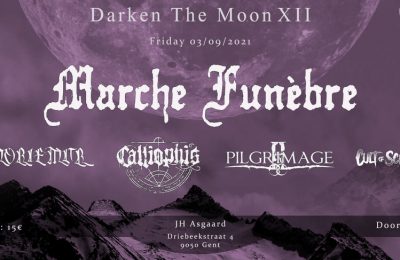 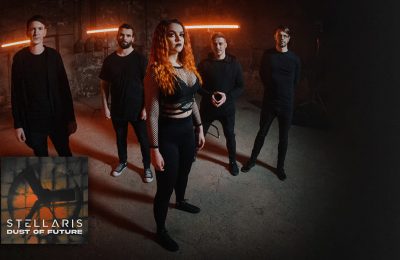