In a scene where it is quite hard to stand out Leprous is shining brighter and brighter as a diamond in that scene. While before they were primary supporting bigger names their unique approach is getting more and more attention by the metal and alternative rock fans, so the logical next step is taking over the headlining spot in their quest to world domination and of course they are supporting their latest effort, “Malina”.

I was wondering if there would be a lot of people as Leprous brings music that is sometimes hard to listen to. I was quite surprised when I saw that the Biebob was almost fully packed. The audience wasn’t exclusively metal , we saw a lot of more rock oriented dudes, so we could say that Leprous does a good job bringing styles together which is so hard to find these days, a lot of bands are playing very safe these days. First up was Astrosaur, a Norwegian instrumental stoner band but unfortunately we arrived too late to catch them. So up to the next band Alithia (***), Australian youngsters who are bringing a mix of psychedelic spacerock with proggy, aboriginal and post-rock elements. This is not music for the happy few, that’s for sure. Going from Leprous influenced riffs to noisy post-rock elements could for some persons being too much, even for me. I had the impression that some songs were riffs after riffs and that I missed a bit too much in the songs and the coherence between these riffs. A bit more attention to those elements when creating songs they could be something to catch an eye on.

Agent Fresco (***1/2), brings a whole new level to the music with their Icelandic progressive art rock,. This is a band you cannot place in one genre, sometimes they sound as a pure rock band, then going back to the more progressive feel of the music. For a lot of metal lovers this band is too soft and for a lot of alternative rock they will be too hard. We can say that this band is breaking the boundaries between these genres even more than Leprous does. On this tour they are backed up with the bassist of Vola, because their bassist is getting a baby, well his wife does. Agent Fresco brought outstanding played music, great vocals , great musicians, great performance. If there’s one thing I could criticize, it is that the vocals were a bit too clean, but hey, that’s their style, take it or leave it

Starting of with a cellist that brings even more to the sound of Leprous (****) had the ability to become an evening that was going to be unforgettable. Starting of with Bonneville and bringing more classics like Rewind, Illuminate, From The Flame the audience ate out of the hands of Leprous. With  The Last Milestone they are bringing us a very intimate sphere with only the cello and Einar. While on disk this has quite something, when performed live this song is a bit too long and it became too boring. That’s where they lost my attention, for sure a lot of die-hards will love this but you could hear with numerous people starting to talk louder and louder that Leprous lost a bit of the attention of the fans. It would be more appropriate if they brought a shortened version of it, not the 7 min long version, especially when the next song was going on on the same theme, slowly spacey music, the drive was a bit lost. Fortunately they have saved the best for last, with incredible versions of Mirage, The Price and Forced Entry they brought us the music where Leprous is known for, a mix of progressive djent blended with elements from the alternative rock and art rock scene

Leprous has proved they deserve the headliner spot, while here and there some song choices could be better, this diamond is further breaking the boundaries between metal and alternative rock. Although they will attract a lot of new people they will never be that big because there are a lot of elements that are hard to keep track off. The complexity of the music and the vocals of Einar, some will get wild of it, some will hate it and some will love and hate it . Personally i love his voice but sometimes he’s using too much “ooohs” and “aaahs”, on one song this is very nice but during a show of more than a hour it can become quite boring. It was the clear that the fans loved it, so who am I to complain. 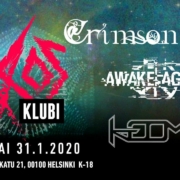 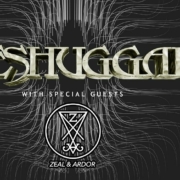 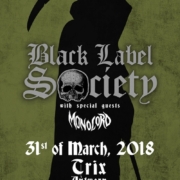 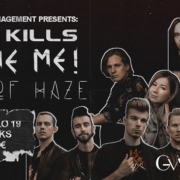 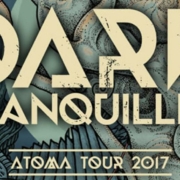 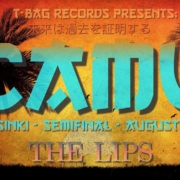