Home Folk Metal Interview Jayant Bhadula – BLOODYWOOD: “I cried when I got off the stage” (Wacken 2019) 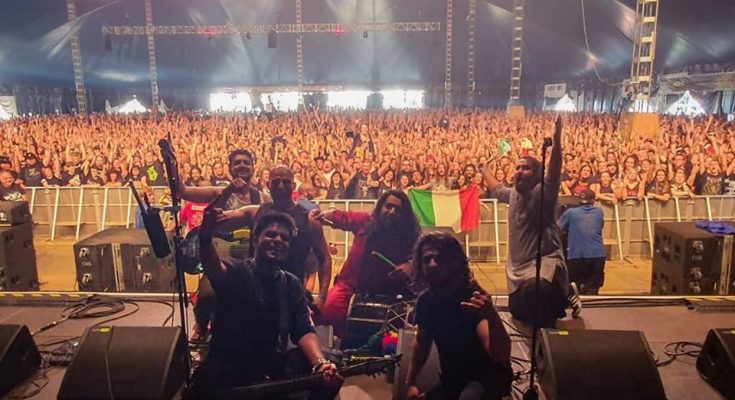 Interview Jayant Bhadula – BLOODYWOOD: “I cried when I got off the stage” (Wacken 2019)

At Wacken Open Air we had the honor of meeting with one of the vocalists from the Indian street metal band: Bloodywood. We sat down together at the Press tent to have a chat with Jayant. He was still trying to process the greatness of the show they did at Wacken.

GRIMM: What is it like being all the way here from India?

The only weird thing here is the organization in terms of traffic. You follow lanes… We don’t. We try, but the lanes that are there, they have no relevance. So if you’re in the midlane it doesn’t mean that you can’t go anywhere, you can go wherever.

GRIMM: I saw your show, you made a lot of new fans. How did you enjoy the show?

We did Dong Open Air, and that was the biggest crowd we ever done. It was the beginning of this tour. After we went there, they told us, no Indian has ever done this before don’t expect too much of a crowd, 200 – 300 men tops. Because that is what we were used to. Most of the shows on the tour were clubs shows. We did two festivals and this one. I was prepared to 100 – 200 people max. So, before the curtains would open, we could actually hear the people shouting ‘Bloodywood, Bloodywood, Bloodywood’. That alone blew our minds and when I could properly see the people I went like: ‘holy shit!’.

GRIMM: That must be amazing, because in this short amount of time you, as a band, grew exceptionally. You broke out of India, how does that make you feel?

I cried when I got off the stage right there, I really did. It’s 13 y/o me right there, I’m living the dream. We weren’t prepared for this, to come all the way from India to play all these sold-out shows. And the shows who weren’t sold out, got maybe 12 – 15 tickets left. After those shows people coming up to us and saying: ‘that’s the best show I’ve ever seen!’  Which I take with a little bit of salt you know. But it means a lot to us, it really does.

GRIMM: How did you feel when Robb McDermott wanted you guys as a band?

That again was something we didn’t expect when we started with Bloodywood. We’ve been walking around in the New Delhi music scene, we are a group of friends, seeing how it’s a small scene we all know each other. Our only goal was to show our music to people. We were just seeing and trying out what people might like and when we came to the point where we had a good sound and that was when the guys came in and thankfully it just worked.

GRIMM: We can agree it worked, considering you easily doubled the amount of people watching your show near the end, everyone was moving to your music, one way or another.

That’s what I’ve done, when I went to festivals, I would do the same thing and I can’t believe this is happening to us now, people want to have stuff signed by us. People make our schedules, people are inking our lyrics on their skins. They are getting a permanent tattoo of our lyrics and that is the dream. Because I’ve done all of this as well and now people are doing this for me. And It’s making me a little bit emotional every time I see that I’m like: ‘yeah, I think I’m going to cry!’.

GRIMM: What’s one of the crazier things a fan has done for the band that you’ve seen?

People coming from Italy or London just to see us, is pretty crazy for us. But this specific thing that happened was, we didn’t know that we were going to sell a whole lot of merch so we didn’t bring that much with us when we started this tour, by the third show we were almost sold out and the next day we had to play in Munich and we needed more merchandise so I call Alan (Manager of Jinjer) and I asked him: ‘this is what we need.’ and he goes like: ‘Guys, the company I’m going to send this order too, has been a fan of your music and they introduced me to you guys’.

So, the guy from the company drove the merchandise from Budapest to Munich in less than a day and on time. Two hundred t-shirts in one day. I didn’t want to offend the guy but I wanted to ask him how much that would cost us or should I pay a little bit more, because he did so much for us and put in so much effort to get our t-shirts to us on time. And he just wanted us to sign some stuff and some t-shirts. That is the craziest thing I have ever seen, driving our merchandise all the way from Budapest to Munich, and they were just good quality shirts as well. I haven’t seen such quality shirts in a while.

GRIMM: That is pretty crazy indeed, however considering your music is so catchy and has a powerful meaning to it, it’s sort of “normal” people like it. Also, the topics you sing about are pretty heavy, did you yourself experience some of these topics?

All these problems that we talk about come from our personal life. There is some stuff that happened in my personal life that I will not talk about in interviews, but yeah, I lost a whole lot of people who meant a lot to me and were close to me and ended up me being in a depression for a long time. Fortunately, I was blessed with having a lot of close friends around me and no matter what I would go through, they would stick by me. I wouldn’t get out of my house for a month, but they would get me out of there. They would put people around me who would help me, and I actually would get better. So, when other negative stuff would start, I could sit down and take my time with that issue.

When we wrote a song, a local musician and a friend of ours actually committed suicide. So, when we were discussing about this song we were saying: We have to do something and we just don’t have the resources. That was a realizing moment for me that I can write songs about it and I can sing about it, but my friend came up with the idea that we can buy around sixty sessions with the money we made with our music.

This to help others who are having problems and Patreon who actually funded us with that helped us. The best part about this is: As soon as the session ended people can put in money so that others could use it. Anonymous session with a therapist. So, when our tour is over and we are going back home I’m thinking of doing something around that. Be it a song or not.

GRIMM: There was a moment in your show where you asked the audience to raise their hands if they ever dealt with depression or if they knew someone who did. Seeing all those hands, what impact did that have on you and the band?

Every time I see hands going up in the air, almost 50% of the people will not have raised their hands, because first of all the people will think it’s dramatic, but it’s not. When I’ve seen hands, in every city I’ve been to hands will be raised. A lot of people were also crying when I would ask them this question, that would choke me up too. Because I feel them, I feel this. The thing I don’t like is that there is a huge gap between the crowd and us. Because I sit down and I sing with them, with the people, that’s how I do it. Because everyone has to feel that they are not alone. I have been the one in the crowd so, I am one of them. I don’t need a microphone I’ll just be in the crowd.

GRIMM: you really try to bring a positive message across.

This is one thing that we advocate with Bloodywood is that as long as you are happy with yourself and accept yourself, you’re metal as fuck. You don’t have to be stereotypical, like Satan, no fuck that! As long as you just be yourself… You’re metal as fuck, so that is what we advocate, as long as you don’t have murderous thoughts about people, because if you do: Go get therapy! For example, in India, being gay is a bit taboo. With pride parade, everything is happening but still a taboo…

I was in Manchester I saw the gay street; I have never seen a happier place! A guy like me who is straight as fuck, wanted to party there. There was this dude in drag and I told him: you are the most magnificent person I have ever seen in my life! That makes me happy. So, this is what we advocate, we don’t see people as ‘posers’ we don’t give a fuck.

GRIMM: Yes unfortunately, when you become ‘popular’ there are always people talking negative about you or your fans.

Yes, but the thing is we don’t call them fans, yes politically correct they are ‘supporters’ but to us they are our family. Because everyone comes together like big happy family. Those who can’t come and see us live, they will message us and tell us how proud they are, we try and answer to all of those. It’s not our band anymore it’s all of us!

GRIMM: Are you guys planning another tour soon? Because this was the end of your tour.

Yeah, no we have one more show after Wacken. After this tour we will go home and make more songs. We are trying to get together for this.

GRIMM: Sadly you are a busy man here today, one more small question; do you have any other bands that you want to give a shout-out to?

“The Down Troddence” I love these guys, they are an amazing band! But there are many, look them up!

Our time with this sweet and talented man had come to an end. We will not forget this interview. It was an amazing experience which will hold a special place in our memories for years to come, while we look eagerly towards the future to see more from this band. Give them a listen if you haven’t already, they have what it takes to become an enormous band! 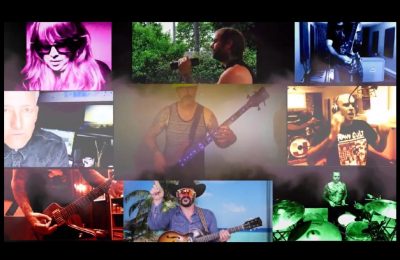 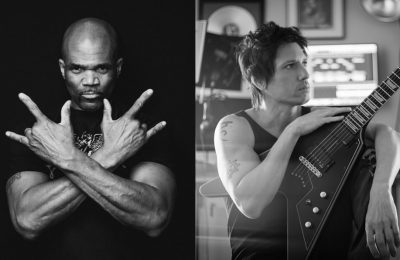 One thought on “Interview Jayant Bhadula – BLOODYWOOD: “I cried when I got off the stage” (Wacken 2019)”