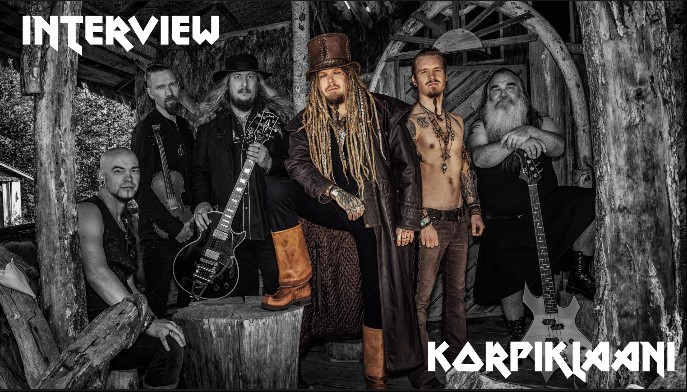 There is no question that one of the big names of the “folk metal boom” several decades ago, is Korpiklaani. The Finnish band has had quite the lengthy career and are still one of the more popular outfits of the genre. Besides known for their upbeat party songs about boozing, you can often find them in a more melancholic mood as well as is quite common with Finnish bands. Now they’re back with their 11th full-length ‘Jylhä’ and it seems they’ve found some new breath on this one, so good moment to sit down with main man Jonne Järvelä and their newest drummer Samuli Mikkonen to have a chat about what fed this new fire.

When bringing up that ‘Jylhä‘ sounds more heavy than most of the music they’ve released during the most recent years, Jonne and Samuli agreed and told us that they felt they are in a similar situation as Judas Priest when they released the ‘Painkiller‘ album where they had a renewed energy and hunger. Jonne said that he really wanted to go heavier after their last album ‘Kulkija‘ and that with the addition of Samuli on drums, it was actually easier to go that direction. On the overall themes of the album, Jonne pointed out that there is a bit of a red thread going on where most songs are about or refer in some way to unsolved murders. That’s also why the returned old man Vaari is featured on the album cover holding a knife. Also the title ‘Jylhä‘ (literally translated as ‘rugged’ and ‘wild’, but not truly capturing what the word means for Finnish people) refers sort of to both the lyrical content and the fact that their music is more heavy and diverse this time around. We also shortly touched on the release of their spruce-infused vodka, with them hinting that there might be some other alcoholic beverage coming in the future. Lastly, they expressed the hope to as soon as possible be able to bring their new music to a stage in front of a real crowd, because they’re really excited about playing some of the songs live!

For all of that and more, watch the full interview on our Youtube channel or here: 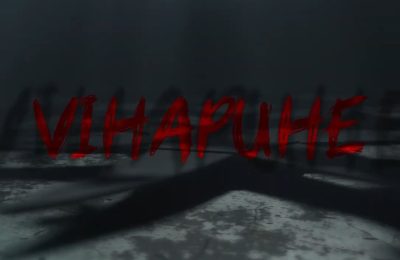 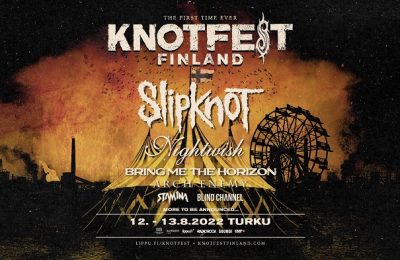 Slipknot is bringing Knotfest to Finland in 2022!