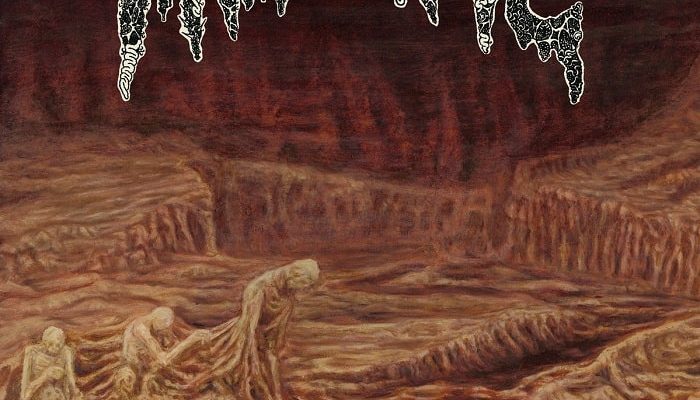 The Finnish death metal scene in the early nineties presented a class of old school death metal bands that clearly distinguished them from the Swedish and American style. The debut album ‘Ominous Seep of Putridity‘ from the rising death metal tier Morbific achieved the same primitive quality attained by bands such as Depravity, Convulse and Autopsy. Formed in 2020 by the ex-members of Eradicator and Sadistic Drive. The ten tracks are built on murky riffs centering on a mid-tempo direction. The debut offers heavy, chainsaw guitar riffs and guttural vocals that add a grimy tone to the songs. Taking a glimpse of the unspeakable, horrific, cadaverous figures of the album cover art, it perfectly reflects the bloodcurdling nature of the music. The band released its first demo ‘Pestilent Hordes‘ in 2020 and was followed by a single outing ‘Cadaveric Maggot Farm‘.

Boarding on the tremolo-picked riffs, the guitars churn out foggy riff work, bringing simplistic old school grooves that fuse dark rhythms. While the sound here leans towards old-school death metal, the main pattern of the guitars interlaces the cavernous atmosphere without treading into the territory of death/doom metal. This is one of the highlights of the album. Besides the heavy riffing and the chopping drum beats, the bass guitar sounds clearly audible. The opening track ‘Ominous Seep of Putridity‘ begins with a sci-fi sample which works well as an intro. The guitar brings some twists blending the elements of Swedish death metal. Most of the tracks can be described as raw with varying speed.

In every aspect of the album, Morbific borrows some elements from bands like Autopsy, despite the minor similarities which also include some gory elements from classic grindcore bands. Guitarist Olli Väkeväinen provides some filthy and memorable riffs. Tracks such as ‘Necroslaver‘ and ‘Ravening Slasher Creep‘ provide straightforward old-school hostility. However, Morbific‘s style is very different from the contemporary Finnish death metal bands. The riffing method somehow resembles the style of Galvanizer. The low-pitched growls of the bassist and vocalist Jusa Janhonen evoke that sense of old-school morbidity. Even at their simplistic style the drum pacing can shift to mid-tempo or higher speed. At times drummer Onni Väkeväinen provides excellent filling from the organic beating to double bass and d-beat.

For example, ‘Cadaveric Maggot Farm‘ propels into blast beats with heavy grooves and slower sections utilized here and there. Almost every track wafts with the heavy tone of the bass guitar. Its vital role in adding turbulent motion on tracks like ‘Deformed in Phantasmal Fog‘ will make the wall vibrate. Albeit, the formulaic balance of revving up the pace is brought by a considerable amount of blast beats and tremolo-picked riffs. As mentioned, Morbific shows their inspiration from early Swedish death metal where the drums bring some bludgeoning d-beat. The second half of the album contains faster tracks like ‘Cauldron of Execution‘. It begins with a rusty guitar tone that is boosted by sickening guttural vocals. The sound production of the debut album makes the songs sound crude, creating an unpretentious, muddy atmosphere over the run time of thirty-two minutes.

‘Ominous Seep of Putridity‘ will most likely attract the fans of early Finnish death metal. Although there isn’t any particular emphasis on speed or mid-tempo, in my opinion the band obtains a precise balance with the effective use of their instruments in presenting the embryonic scale of the songs and the musical influences of this Finnish trio. Among the slowest tracks that indirectly tackle the style of death/doom metal is ‘Sawmill in the Mist‘, which presents some dark atmospheric chords where the guitar melodies ooze slowly with a somewhat melancholic feel. All in all, Morbific managed to churn out some dark and grimy death metal tracks. Concluding with the final song, ‘The Racking Garden‘ has some aggressive moments of straightforward blast beats when the guitar suddenly funnels out a sluggish, gloomy atmosphere.

With the debut offering, Morbific has established itself in the Finnish underground scene. ‘Ominous Seep of Putridity‘ is so far the best release to come from Finland this year. If you like raw and filthy death metal in the vein of Convulse and Autopsy, then check this out. 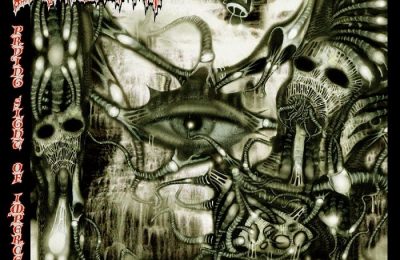 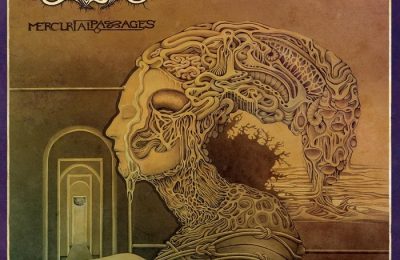