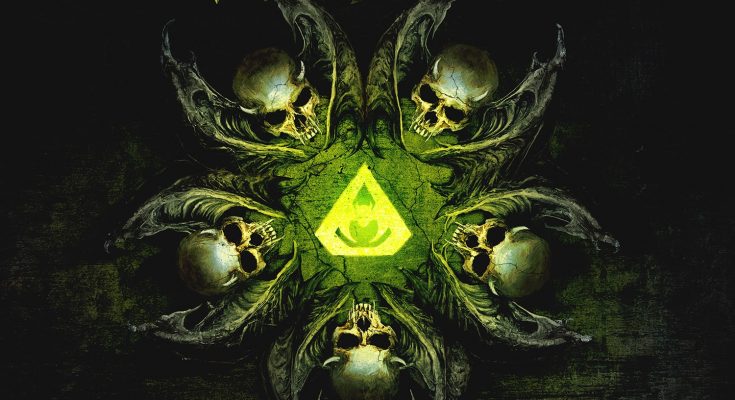 Thrash metal veterans Overkill are one of the bands that needs no introduction when it comes to this extreme metal genre. Being among the most prolific groups from the U.S.A. Front man and vocalist Bobby Blitz shows no signs of retirement even after 39 years of productivity. Overkill’s music is more than just entertainment, and they are one of the biggest thrash metal groups among other bands such as Exodus, Anthrax, Slayer and Testament. The Wings of War is the title of the new album where the band channels the 8o’s sound of thrash metal thrusting with energetic power and that’s effectively by sticking to the roots. It may surprise you how the new album incorporates elements from punk into metal, and despite of the odd song titles the music seems very consistent basically this is a riff driven album full of vitality.

The opening track Last Man Standing begins with warlike riffs of the heavy guitar and hammering drums. Overkill harness its energy and power from their legendary mascot named “Chaly”. Drawings its inspiration from bands like Motorhead, Black Sabbath and even The Ramones. The band has achieved high standards in their early years of establishment with their classic studio albums like Feel the Fire, Taking Over, The Years of Decay and Horrorscope. Back in the mid 80’s and early 90’s these albums were generally successful, years after Overkill pummeled their fans with one of their outstanding studio albums Ironbound in 2010 which followed by The Electric Age, White Devil Armory, and The Grinding Wheel in 2017. The Wings of War is no different than its predecessor the modern elements of metal music still shines bright with the band’s latest foray. It’s all a mixed up bag of many styles from raw thrash metal, to heavy metal and punk-infused metal.

The band simply functions like a machine thus the New Jersey thrashers strike with a number of tracks like Head of a Pin where it starts heavily with thrashing guitars, Bobby Blitz signature vocals and shrieks are once again delivered with high quality. Being consistent for three and half decades, Overkill has been conserving their musical style while sustaining the same line-up. And even with the departure of their drummer Ron Lipnicki, who was then replaced by Jason Bittner, the new drummer keeps pounding heavily on the album.

The opening of Bat Shit Crazy is presented with angry and aggressive guitar riffs. Interchanging between intense grooves and fast shredding solos. The Wings of War is seemly a respectable effort from these veterans of thrash metal. Most of the tracks bounce with intensity by building speed and gearing into loud and deafening guitar riffs. But after all this effort seems to be unexpected from the band. Yet the new album brings more quality with a number of stunning tracks like Distortion, the fast solos focus on the foundation of metal music in general. Excising through strength and technical capacity while still maintaining the heavy sound.

A Mother’s Prayer is one of the standout tracks on the album, where the guitars surge with power chords. And somehow they have changed the formula on their 19th album, the embodiment of different metal genres are nicely blended here. The Wings of War sounds old and new at the same time, the songs include many tempo changes from the powerful riffs to excellent lead guitars of Dave Linsk whose guitar signatures are always impressive. Welcome to the Garden has this old school sound, though I always thought their 2010 album Iron Bound was their best outcome in years.

The Wings of War has the power of raw metal as Bobby Blitz mentioned, it has this classic feel,  where the band seems to engage with a fitful chemistry. With warlike riffs and scorching melodies which has many variety and quality. The guitars are being charged with aggressive riffs there is excellent groove on Out on the Road-Kill and the closing track Hole in my Soul which are among my favorite tracks on the album. Overkill are still bloodthirsty and they never get old, their music is straightforward topped with tempos and classic thrash metal tunes but nothing is special here. This is an average album in my opinion and the fact is that some of the tracks here don’t really fit into this record. 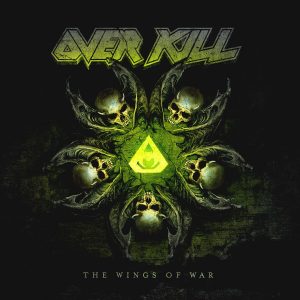 Release Date: February, 22nd 2019
Label: Nuclear Blast
Track list:
1.Last Man Standing
2.Believe in the Fight
3.Head of a Pin
4.Bat Shit Crazy
5.Distortion
6.A Mother’s Prayer
7.Welcome to the Garden State
8.Where Few Dare to Walk
9.Out on the Road-Kill
10.Hole in my Soul
11.In Ashes (Bonus Track)