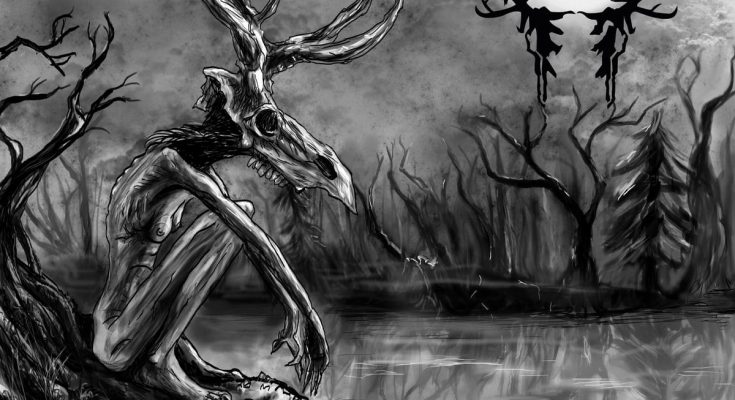 The picturesque art of the album immediately gives you a dark prospect of melancholy and depression, yet this impression had somehow pervaded my estimation about the contents. The album can be described as a malicious piece of raw black metal, but Sombre Héritage’s musical profession makes every track here quite memorable. Most of the songs are driven by the up-tempo pace of the drums and the guitars. There is also an effective dose of the rumbling rhythm guitars and memorable musical phrasing. The skillful presentation of tremolo picking along with the shrieking rasps creates a mournful feel. As the opening track, ‘Polaris‘ brings the grim effect of the vocals, the guitar riffs and melodies demonstrate catchy hooks.

The quality of the old school black metal resounds as the members craft many catchy melodies. Drums burst from mid-paced to blast beats although the speed and the aggression are measured by tempo changes. ‘Alpha Ursae Minoris’ has a prominent quality whereas the guitars keep the atmosphere fixed and melodies continue to pour into the song texture. But beyond these qualities the title track is transfixed by the blistering pace of the drums. The steady hum of tremolo pickings shifts from furious high pitch tones to sheer melodies creating a gloomy mood. ‘Alpha Ursae Minoris’ showcases the talent of the three musicians with chilling tremolos backed by the incessant rasps. The music is eclipsed and evokes the nostalgic style of the Norwegian black metal, where each of the six tracks overflows with a burst of energy.

Despite all the catchiness, riffs are the main structure of the songs with several songs such as ‘Nature Souillée‘, Sombre Héritage showcases their own brand of melodies. The riffs are brought by such flair where rhythm and melodies entwine, and their firm grasp on melodies is brought by the ultramodern technique. The drumming performance is tight and follows the guitar lines, but often leaps into a blistering pace to add aggression to the songs. The band play some catchy guitar chords as they flow with ease and bring the chilling cold atmosphere. Some clean vocals like anthems are also featured on ‘Déchéance’.

Amid the piercing tremolo riffs and rhythmic percussion, the atmosphere becomes darker like the somber nights of cold winter. ‘Alpha Ursae Minoris’ is enhanced by the melancholic mood of the guitar technique that adds many layers to the song structure. These features also differentiate Sombre Héritage from the Quebec black metal bands such as Forteresse and Cantique Lépreux. ‘Dissidence‘ shifts between slow and mid pacing riffs. The drums on this track sound truly powerful and crushing. The guitars maintain a certain atmosphere while the melodic tremolo-picked riffs are enough to make this track one of the album’s highlights. The quality of the guitars and shrieking vocals evokes a majestic sensation all the grandeur then becomes focused on the towering clean vocals.

‘Ténèbres‘ shows the celestial beauty of this creative band: in one moment the elegant melodies ornate this track with a sublime atmosphere. Then comes the addition of clean vocals to add another layer to this track. The music is beautifully wrought by catchy ingredients of the second wave of black metal. Sombre Héritage‘s debut album is musically appealing with excellent songwriting qualities, which makes it hard to disregard the effort from the Quebec trio. ‘Alpha Ursae Minoris’ comes highly recommended for fans of Spectral Wound, Gorgoroth, and Satyricon. 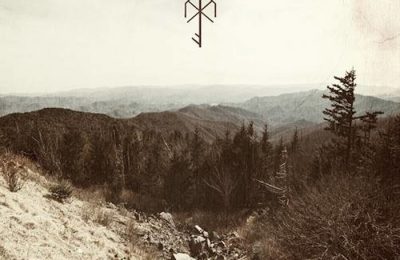