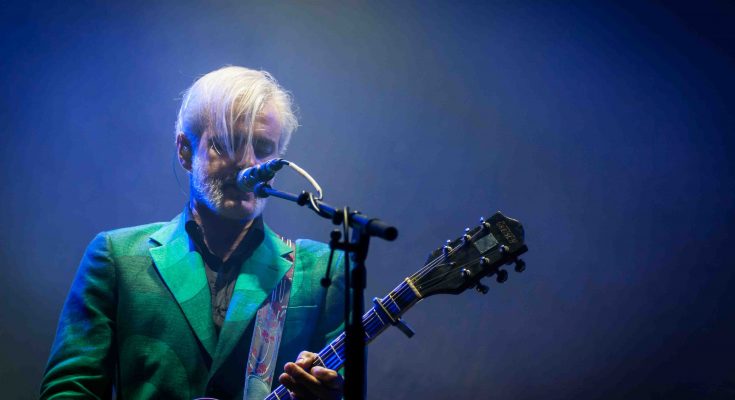 Twenty years. Two decades. Almost an entire generation. That’s how long long the Belgian rockers of Triggerfinger have been around. That calls for a celebration, right? Well, that’s what Ruben Block, Mario Goossens and Mr. Paul (Van Bruystegem) thought too, so they arranged a massive party in De Roma, the most beautiful venue of their home town, Antwerp.

Twenty years. That means Triggerfinger started out in 1999. Of course, these guys had a life long before Triggerfinger too and were all over the Belgian rock scene in the late ’80s and early ’90s as well. Mr. Paul for example played guitar with Wimmeke Punk in The Wolfbanes. You all know their 1988 hit single As The Bottle Runs Dry, right? Mario started out as drummer with Hoodoo Club (Humo’s Rock Rally finalists) and had some escapades with Hooverphonic, Monza, … and Ruben started out playing rockabilly in Franky & The Rednecks (with Franky from Los Fabulous Frankies), formed Sin Alley with The Legendary Johnny Trash on drums and later played in AngeliCo with a similar line up. so this rock ‘n’ roll trio had about 15 years experience before they even started this super group that would last for twenty years and they’re bringin every little bit of it to every stage they play. 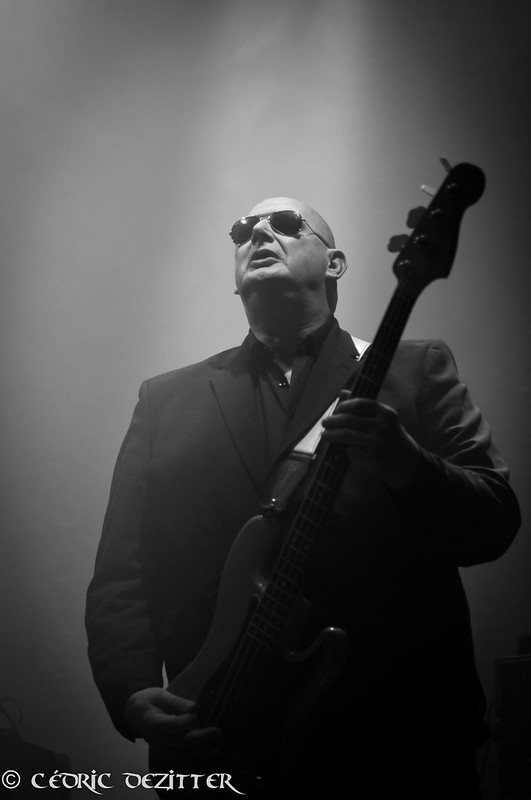 Even though they’ve been playing all this time their real main stream break through came in 2012 when they improvised a cover of Lykke Li‘s I Follow Rivers – with the iconic use of tea cups instead of drums – live on air for Giel Beelen on the Dutch 3FM radio station. When they also made a cover of Rihanna‘s Man Down for the Red Bull Sound Clash later in that same year there was no one left who didn’t know the name Triggerfinger. 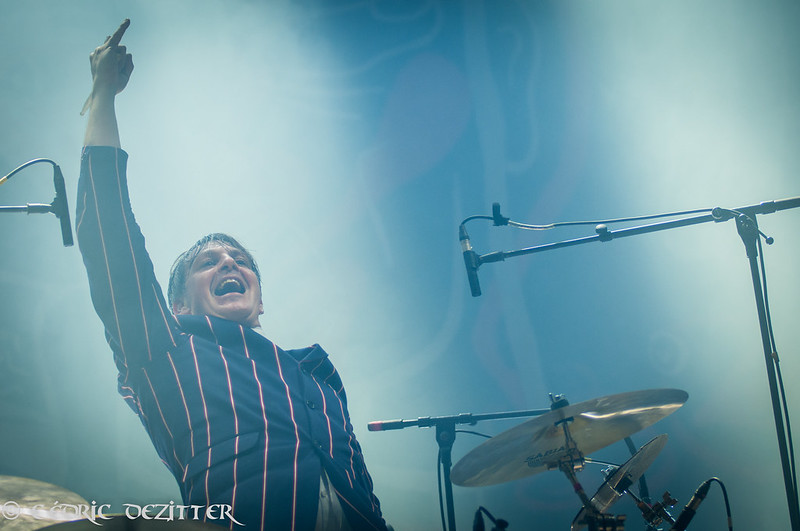 These days the band is so successful that after announcing their anniversary show they not only had to add an extra date. No, they had to add three extra shows and they were all sold out! I had the honor of being invited on friday. Now I’m a long time fan of the band and it was in my favourite venue of all times, so forgive me if I might be biased here.

Despite having played every big stage as well as each and every gritty bar in Antwerp Triggerfinger had NEVER played De Roma before. One of the oldest and most iconic venues there are. Imagine a hundred year old movie theater with wooden floors, grand theater balconies, lovely wall ornaments, old fashioned red drapes, a dark and cosy foyer, … You get the idea. Now insert a large static stage with a simple, yet beautiful light show and a bunch of top notch musicians who’ve known each other and played together for decades. Add a few hundred enthusiastic people of all ages, eager to join these guys in the celebration of their anniversary and release of their collector’s big box. Yes, it was exactly like you’re imagining right now! 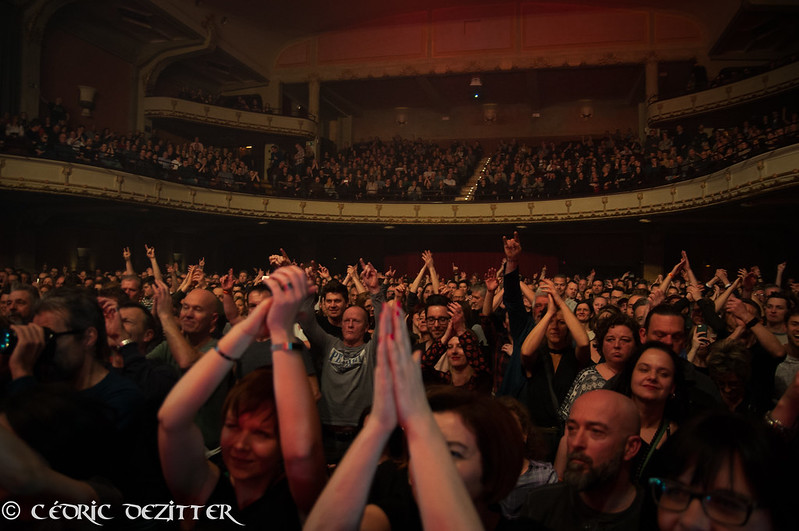 The Devil In The Details

One other thing Triggerfinger (*****) is known for is always wearing suits on stage. Barney Stinson would be so proud of these guys. At 8:30pm the lights went out and the very reverb and fuzz heavy intro of I’m Coming For You started playing. The gentlemen stepped on the scene and I immediately knew this was gonna be a night full of good music and guitar porn for a gear slut like me. Mario took place behind his gold sparkle Gretsch kit wearing a “modern classic” pin striped suit (and rocking it all the way). Mr. Paul came on as usual: wearing all black and aviator sunglasses. You don’t need anything more on a 6ft high, 3ft wide bald bad ass. Except maybe for that thick growling Precision Bass. When Ruben entered the stage I could only think “50 shades of green”! This guys is literally the only man I can see getting away with wearing a suit in this many kinds of green in one suit and high heel boots. Even better, with his white-ish hair and gray heavy moustache and side burns it even looked good on him. And about having the devil in the details: he was carrying a late ’60s Gibson Melody Maker SG in Pelham Blue, but because of the finish decaying for about 50 years (thus turning yellow) it had a green look, perfectly matching his suit! The scene was set perfectly and we haven’t even talked sound yet! I was slightly surprised to see a fourth man joining the holy trinity on stage. However this wasn’t the first time Geoffrey Burton (Hong Kong Dong, Absynthe Minded, Grace Jones, Iggy Pop, …) came along and he has damn well proven his worth on stage. 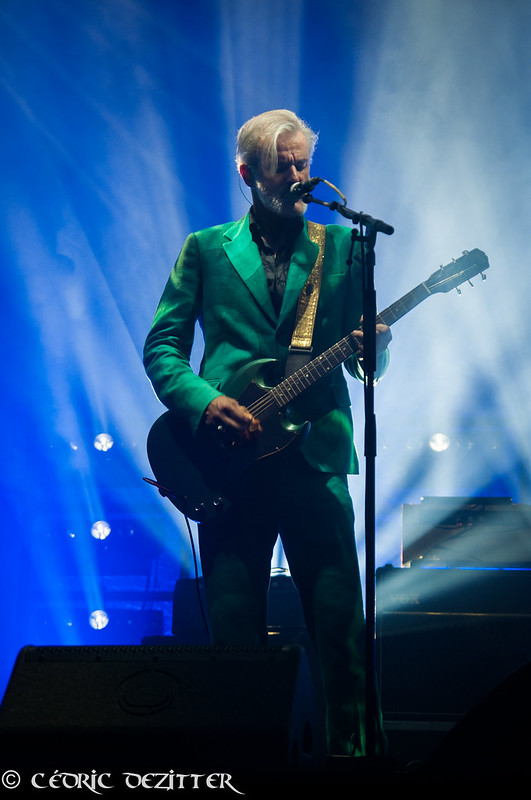 That Sound? That Gear!

They let I’m Coming For You flow seamlessly into First Taste. A similar song with the same growling bass grooves, catchy riffs and licks and especially a combination Ruben’s warm low voice and high pitched screams. On the gear end Ruben used a combination of different patched amps (Fender Bassman 50, Vox AC30, …), but the others sure had their part in this as well, using a classic Fender tube cobo, a HiWatt stack and Mr. Paul’s vintage Ampeg stack! Another detail: Amongst the pedals on the boards were a few signature models. Triggerfinger has spent 2 years developing  their own fuzz octaver for guitar and bass wit Dr. No Effects. They finally did it and dubbed it The Colossus (see what they did there?). Paul has one on his bass board and Ruben even uses 2 of them.

A few songs later Mr. Paul switched to a Rickenbacker 4003 (well, one of them) and you just know shit’s about to get serious when the Rick comes out! Proof of that is Ruben bringing out a once white P90-loaded Les Paul model Melody Maker that had met the same fate as the Pelham Blue one, rendering it yellow these days. If I had to guess I’d say he tuned it in drop C or something similar as he used it for the heavy stuff. Further on the list were a ’50s Gibson ES295 gold top (reissue?), a beautiful tailor made guitar by Antwerp luthier Stijn Kenens and one of my all time favourites: a ’64 Gretsch 6120 Anniversary in cherry red. the colleagues kept it simple with a few Rickenbackers and Telecasters. However Mr. Paul did surprise us with a Danelectro Longhorn bass. A cheap and fugly plastic looking thingie, but with such a great sound and feel! And it looks so tiny when he’s holding it! 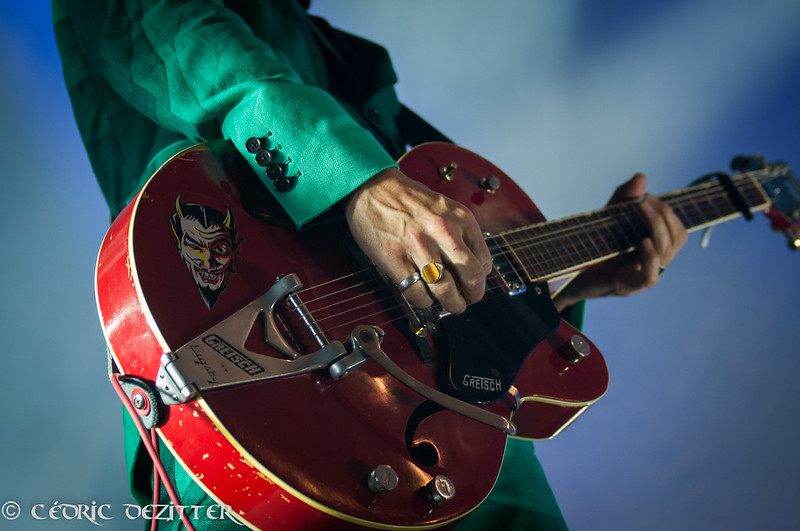 Within the first two songs the band had the crowd eating out of their hand. Triggerfinger is one of those rare bands where none of the egos surpasses the others. On the contrary, they just empower each other and they radiate that synergy over the crowd. Another thing that really speaks for these guys is that they actually made this about celebrating the music and their careers and not making it into a publicity stunt. For example, the before mentioned big box with a photo album and a whole lotta music was released and sold in the foyer, but wasn’t mentioned even once on stage. they played for over two hours (!), selected songs from all of their albums and chose a few covers. Amongst the covers were of course I Follow Rivers and Man Down, but also Robbin’ The Liquor Store by The Scabs who’s legendary guitarist Willy Willy  had died just the week before. The people really got what they came for! For the encores they even did a little after show. The curtain closed forming a new back drop, the lights dimmed and switched to full red and the stage hands (and mario) quickly placed a small electronic drum and guitar setup. The quartet got close to each other and played some more songs in a more intimate setting to finally reach their climax in a cover of Iggy Pop‘s Funtime. 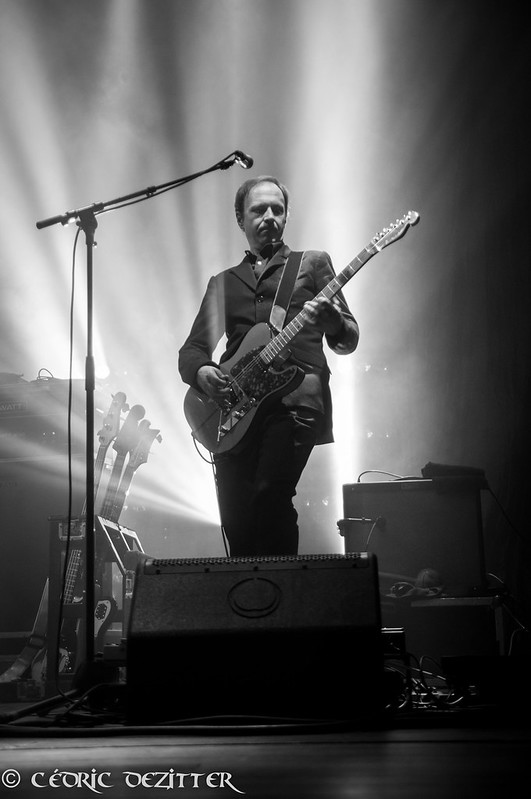 All I can add to this is that the evening was a great representation of their twenty year career as Triggerfinger and everything that came before that.
My gift to them is a five star review and the best of luck to make it through a few more decades… 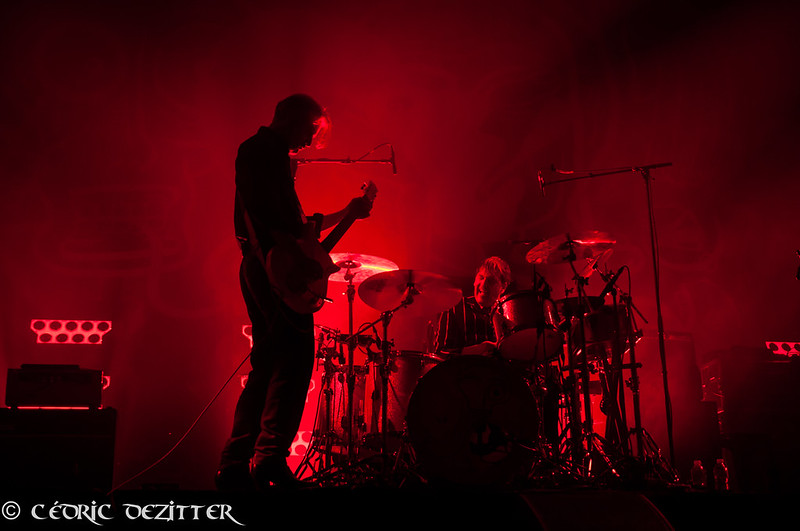 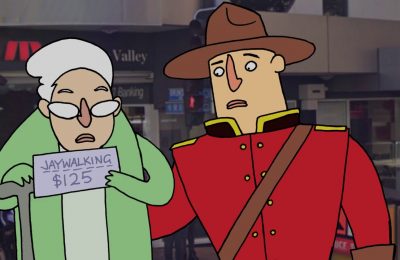