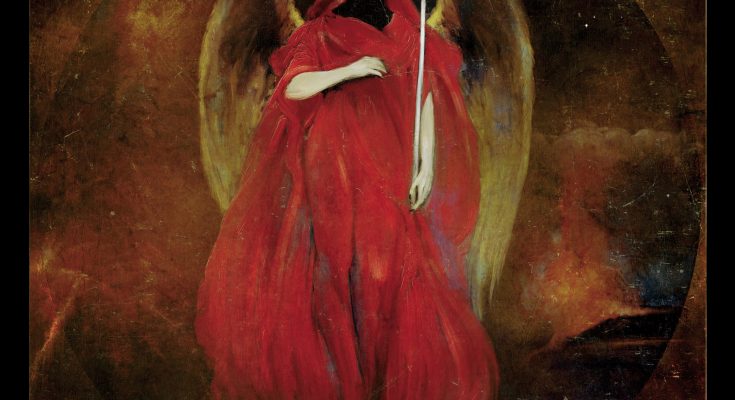 One of the absolute highlights of last year’s Roadburn edition was Triptykon’s performance with the Metropole Orkest, a unique, symphonic take on Tom Gabriel Fischer’s musical brainchild.

The Swiss musician has had a deep connection with the annual Roadburn Festival for many years. First of all, he had been designated curator for the 2010 edition, an opportunity he took to launch Triptykon officially onto the world. Four editions later he returned for a second time for the Sunday Afterburner.

Their third visit to Tilburg’s 013 in 2019, however, would not just be another concert. Instead, Tom and co aimed big and enlisted the Metropole Orkest to complete an endeavour he had undertaken thirty years ago with Celtic Frost’s groundbreaking ‘Into the Pandemonium’ album.
Let us travel back to 1987. In an extreme metal world dominated by thrash and speed metal, no one knew where Celtic Frost was coming from when they introduced a grand symphonic piece with operatic vocals like ‘Rex Irae (Requiem)’. Nowadays having a bombastic, orchestral piece combined with metal is quite a common thing, but back then this was literally out of this earth.
No one, not even them, would have expected it would ever be performed live three decades into the future.
After revisiting this piece on the ouverture, the ensemble moves seamlessly to the mid section called ‘Grave Eternal’, which is anything but a typical Triptykon song.
Tom is joined on stage by Tunesian vocalist, Safa Heraghi, whom some of you might remember from her contributions to axeman, V. Santura‘s other band, Dark Fortress or maybe even Schammash, another very interesting, innovative band from Switzerland.
‘Requiem’ takes full advantage of this grand symphonic orchestra and choir at its disposal. Rather than smearing the whole sound spectrum thick with guitars and using the classical instruments just as a filler to plug a few holes here and there, the arrangements allow for a lot of breathing room. Especially this new, half hour long, composition is a bold piece where the band takes a step back from the spotlight and truly becomes a whole with everyone on stage to create this unique, eccentric experiment. It is a very moody piece that recalls most of all, a Pink Floyd at its bleakest.
The performance is rounded off with ‘Winter’, originally the closing cut from Frost’s comeback album ‘Monotheist’. This very melancholic piece is much more classical in nature than the experimental mid section that was ‘Grave Eternal’ and focuses primarily on the choir and the mournful, string arrangements. A fitting sendoff for this unique experience.