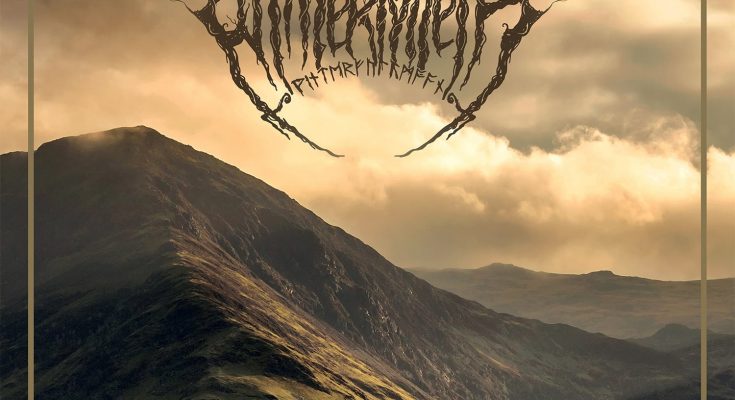 After their purely acoustic performance with ‘The Hallowing of Heirdom’ two yours ago, Winterfylleth have returned to their old ways for their latest album. ‘The Reckoning Dawn’ once more delves deeply into the depths of melodic black metal. The blistering, opening track ‘ Misdeeds of Faith’ makes sure there is no misunderstanding about that. Telling a tale of battle and bloodshed, it sounds every bit as grand and epic as such a warlike hymn should. Especially the clean, choral like vocals near the end add a lot to the atmosphere.

As ever Naughton and co spin yarns of Albion’s past, steering clear of the goat obsessed tropes of more traditional black metal. Instead they opt to explore the rich and coloured history of medieval England, painted often in deep, dark strokes of red. ‘Winterfylleth’ itself is the old English term for the first full moon of winter, thus marking the beginning of the new season.
Their strength lies in their impeccable ear for melody. Like their Irish neighbours, Primordial, they have a knack for conjuring up vivid images of the past without having to resort to gimmicks. In fact, Winterfylleth is one of the barest, most imageless bands I know in this genre. They don’t dress up as knights or pagan warriors. They don’t use any odd instruments or shove their drinking horns in your face every other song. Heck, most of them don’t even have long hair. They pour everything into their song-craft, all the rest is redundant and stripped.

‘A Hostile Fate’ takes the story of the Wayfarer further, a tale that had begun on their sophomore record ‘The Mercian Sphere’. ‘Absolved in Fire’ starts out very melancholic, with acoustic guitars and a string arrangement that recalls their acoustic predecessor to an extent, until in gets swept up into another epic display of clashing swords. The title track, put at the heart of this opus, follows in the same battle clad, hammered steel suit. Ironically perhaps, ‘A Greatness Undone’ is one of the great standout tracks of the album, where a relentless pace goes hand in hand with an earwurm melodic delivery. Halfway through, it slows down. As it picks up to mid pace again, this is where it truly sweeps you up. This one is just destined to be a favourite live track for years to come. ‘Betwixt Two Crowns’ is an acoustic interlude that offers a small breather before ‘Yielding The March Law’ calls us back to arms.

At the end of the tale, ‘In Darkness Begotten’ isn’t a slow burning closer like on ‘The Dark Hereafter’, but a final cry for havoc as it lets slip the dogs of war. The limited edition will yield three bonus tracks including a cover of their spiritual brethren and forebears, Enslaved. With this album Winterfylleth has returned to familiar shores after their acoustic pilgrimage to find that little has changed in their absence. They still hold Albion’s crown on Anglosaxon black metal tales.