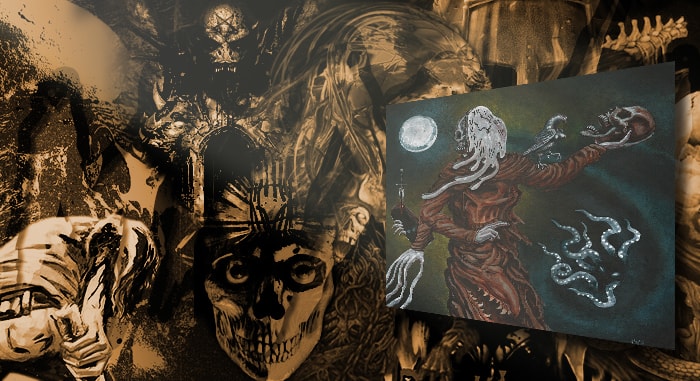 Next to all these albums, I’ve been able to watch a ton of bands live – keeping track of all shows isn’t as time-consuming as staying up-to-date with releases, yet it still requires quite some effort. So here are some concerts I’ve enjoyed a lot, from bands you should check out when they play in your vicinity.

GY!BE has been one of the foremost post-rock bands of all time. So far I had missed all their shows on Belgian soil, but now the opportunity presented itself… Just 20 minutes by bike and free entrance is a scenario many hope to witness sometime, for me it became reality. On top of that, this was a special concert to commemmorate one of World War I’s most famous battles. Next to the classic 8mm-film projections there were spotlights installed at several kilometers from the stage, providing a huge spectacle that brought the whole landscape into the show. Even the full moon played its unintended part. The fact that they played the Slow Riot for New Zerø Kanada EP in its entirety made it all the more worthwile. This 2 hour ‘concert’ was an experience by which I’m very impressed, even to this day. For those who want a sneak peek of how it all looked like, see below.

Next to Chelsea Wolfe, Emma Ruth Rundle was one of those ladies who dominated 2017 music-wise. Be it her amplified set with backing band Jaye Jayle or the acoustic songs at the end of the concert, they all were super captivating yet enormously fragile. De Zwerver was sold out, and rightfully so.

What a breakfast. After Pseudogod it was time for Grave Miasma to wake us up for the third and final day of Netherlands Deathfest 2017. Playing occult death metal of top notch quality, they made sure our ‘breakfast beer’ drowned our hangover a lot more easily. Grave Miasma gave us an overwhelming and brutal wall of sound that just blew you away.

As you can read here, Esben and the Witch played a magnificent set in Gent. Rachel Davies’ vocals were haunting, driven forth by a heavy bass sound and Pink Floyd-esque guitar melodies. Some heavy post-rock on a rainy Thursday evening.

German atmospheric black metal outfit Ultha drowned the Antwerp Music City in gloomy tunes, at times reminiscing of early Burzum. One of my 2017 discoveries that stayed with me the most.