Over the past few years France has offered us some surprisingly good metal bands. Technical death metal band Gorod is definitely one of them! The last few years this band of extremely skilled musicians already delivered us some complex tech-death masterpieces, but they were not done proving their diversity. When Gorod went on a European tour with US thrash metal bands, they came out with a thrash metal album and nailed it! This can only get you more curious about their new full album: Æthra. They left the experimenting with the thrash sound behind them and now deliver us another jazzy technical death album.
Spoiler alert: you will not be disappointed!

I’ll start by telling you that this album sounds a bit different from their previous releases in my opinion. The songs have more structure to them, yet they’re still very complex. But I’m able to find some catchiness in this new material. These songs and riffs can actually get stuck in your head after you’ve listened to the album a few times. They don’t just paste riff after riff and are not trying to pack 500 notes in one riff just to show off their skill level. A few times I was surprised by very filthy grooves that make you nod your head or do the Meshuggah-face.

I love how everything is filled up with genius riffs and drums. No time to breathe, just straight forward. Gorod gives you no time to wander off, they managed to keep it interesting throughout the whole record. They definitely have a new creative approach and I think that’s why this album will reach a lot of new fans. Don’t get me wrong, it’s still 100 percent Gorod. The skill level is again at highest level, but the songwriting on this album makes the difference.

Before I heard Æthra I found that the vocals maybe weren’t that interesting in this band. I think they were a bit in the shadows of all the crazy drums and guitars, but this time it actually gives extra value to the songs. Not only do the vocals boost the power of the grooves, riffs and hooks, but also add up to the insanity of the musicianship.

Also the mixing and mastering is just amazing. I love how you hear the bass loud and clear next to the guitars. It gives the album that jazzy feel. Every note on the guitars is just crystal clear. And that’s what you want when you’re a technical death metal band. Well-captured and precise recordings. No overproduced loud drums that overpower the other musicians. This makes it easier to let the songs sink in and gives the vocals the space they need.

I conclude that Æthra is an amazing modern and refreshing technical death metal album. It’ll definitely land in my ‘favorites of 2018’-playlist. Make sure you give it a few listens, so you can really get to know the songs and experience the topnotch songwriting and technicality. 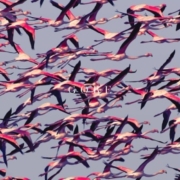 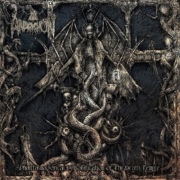 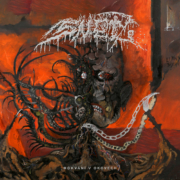 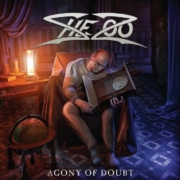 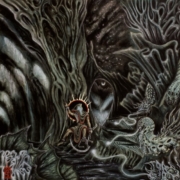 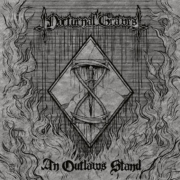