After that remarkable debut it got pretty quiet for the next 17 years. Apart from a 7-inch and 2 splits little had been seen or heard from these mysterious, caped crusaders. The general state of the world, however, prompted them to return with their second full length in two decades: ‘Negative Evocation Rites’.

Since all three of them are deliberately shrouded in the mist of mystery, it is not entirely clear who is actually behind them. What we know for sure, is that on guitars and vocals we have Leif Nicklas Rudolfsson from the mighty doom death combo: Runemagick. However where that band is primarily a slower kind of death metal, the orchestra is unmistakably funeral doom of the most Spartan, stripped down order.

There are just four tracks on their second full length, but that is all the three of them need to reduce any listener to an utter state of lethargy. ‘Negative Evocation Rites’ aims towards a fully immersive effect into the bleakest of emotions and should be listened to in total darkness, alone with only the company of burning candles and incense.

‘Negative Evocations’ and ‘Flesh infiltrations’‘s more ambient atmosphere bleeds over into each other and has this blackened vibe in the hissing, tremelo picked guitar tone that ghosts in and out this funeral procession. The other side, ‘Negations I’ and ‘II’ , starts a lot heavier with pummeling drums and crushing death/doom riffs before the ghostlike blackened riffs transitions it to the end of the ritual with ominous chanting and a lone droning riff that marches us onto the world’s burial. 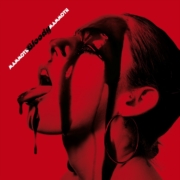 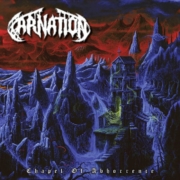 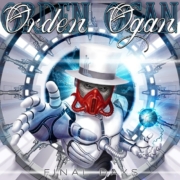 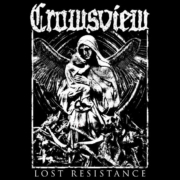 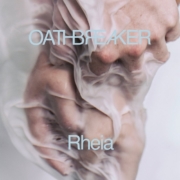