Anno 2018, the New Wave of Traditional Heavy Metal (NWOTHM) is not so “new” anymore. After a decade-long revival, traditionalist bands come in all shapes and sizes. You have the almost artistic older guard like Argus or Hammers of Misfortune, who combine mature songwriting with engaging lyricism. Then there’s the middle of the road acts like Sumerlands or Eternal Champion. Finally, claiming most of the attention, are the party animals like Grand Magus or Night Demon. The Salt Lake City rockers from Visigoth used to belong somewhere in the middle category. With the release of their second album Conqueror’s Oath, however, they are quickly moving into the third.

Before you get excited, I should confess that I’m not really a fan of bands that make their sound all too accessible. In a genre that is known for its consonant melodies, musicians should make room for tension, mystery and grit. These darker aspects of metal are virtually absent on Visigoth’s second offering. Overall, the tracks on Conqueror’s Oath sound polished and bright. Playing the game of mid-paced heavy metal in such a one-dimensional fashion is a risky business. To succeed in these conditions, your songwriting has to be of an outstanding nature. Perhaps that was the virtue of Visigoth’s debut album, where the good compositions outshone the bad. Unfortunately, however, Conqueror’s Oath is more hit and miss.

Things start out very decent with “Steel and Silver”. The intro melody sets the right mood and the underlying riffs are powerful, striking a nice balance between galloping precision and furious open chording. But as soon as Jake Rogers unleashes his robust yet silky baritone, the guitars are moving too far into the background. I feel they are doing little more than offering harmonic support for the otherwise attractive vocals. If you like your metal vocal-dominated, this won’t be that much of a problem. For true fans of the NWOTHM, however, the lack of spine-tingling riffs will spell a minor disappointment. Compare the solo sections on this album with the concerted lead and rhythm assaults on Argus’s From Fields of Fire. Don’t tell me you can’t hear the difference.

While Conqueror’s Oath fails to meet the highest standards, the record does have its moments. Second track and lead single “Warrior Queen” is a good one. The combination of simple riffage and catchy vocals really does the trick. This is also one of the few tracks that I find lyrically engaging. The beautiful Jeanne d’Arc meets Queen Elizabeth figure in the artwork no doubt helps to channel my emotions. Other than that, the lyrics are mostly cliché. Who wants to hear another song about hammers or random traitors meeting their deserved fate? Speaking of the latter, the music on “Traitor’s Gate” is pleasing as well. Starting out as a ballad, it quickly bursts into an energetic rocker. Other songs like “Blades in the Night” or the title track are inoffensive offerings to the metal gods, but not that interesting in their own right. On “Salt City”, Visigoth finally reveal their true colours. Beneath the surface, the band is now closer to Kiss than they are to Manilla Road. Like the barbarian Goths, they came to conquer the eternal city. Yet underneath its neon lights, they were swiftly tamed.

Conqueror’s Oath might just be the textbook definition of a sophomore slump. While it contains enough material to entertain the casual fan of the genre, it fails to live up to the reputation of its predecessor. If Visigoth had written one or two more songs like “Warrior Queen” or “Traitor’s Gate”, my final score would have been substantially higher. 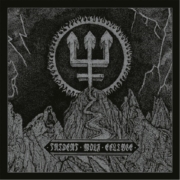 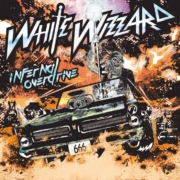 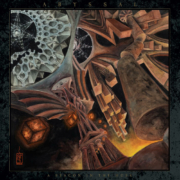 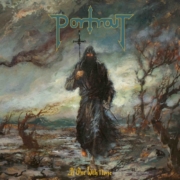 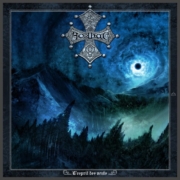 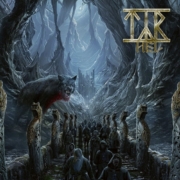 Tribulation – Down Below
Scroll to top