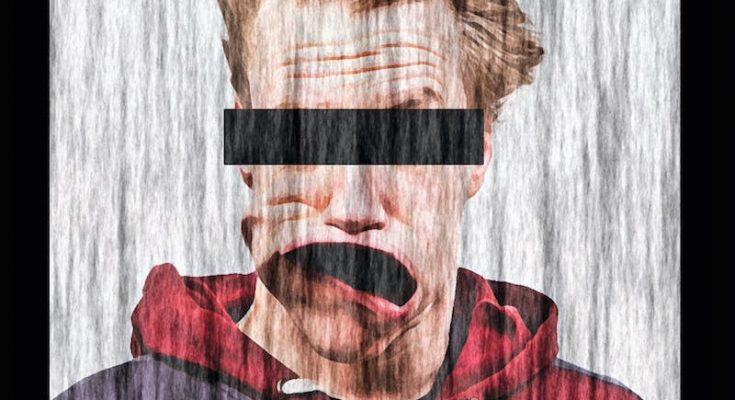 One of Pasadena’s most notable thrash metal bands, Anger As Art, is back with their sixth release. And they’ve made it a special one, for this will be the band’s very first live album. Get ready for some energetic thrash like we all love !

At first, I was a little sceptical about doing this review. To me, most live albums never manage to capture the raw energy of a band playing live and the end result is often just a studio album with a little less accurate playing and some talking from the singer in between the tracks. Producer Ronald Sandoval did an awesome job however at capturing these great performances on tape so we can all enjoy their great live energy.

The album features a total of 16 tracks, three of which are studio recorded, including the cover of Montrose‘s Matriarch. The other 13 tracks are taken from the bands live performance at ChiCali Lounge in Monterey Park, CA on February 3, 2018. A great show and the album goes about showing this to all of us who weren’t there. 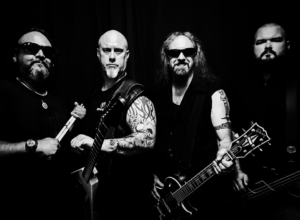 The album starts off with the track Gods of Hate, a short shout by vocalist Steve Gaines lets us know something is about to go down. The intro riff draws us in, wondering what’ll come next. And coming next is a sonic wall, blowing us away, mainly thanks to the blast beats of drummer Rob Alaniz. The fast tempo and sonic energy of the song is immediately set and very seldom walked away from. We get some moments where the tempo diminishes a little, to then immediately blow us away again. The energetic vocals make the whole piece into a real dynamic song. And hey, what better kind of a conclusion to your song than a shred guitar solo that is immediately taken over by one more sped up chorus to come to an abrupt end.

As the album carries on, we keep getting song after song bursting with energy. I must say, it’s a real surprise to hear that all of these live tracks are this tightly played. And the overall sound quality is amazing as well, something which often seems to be of “lesser importance” when releasing live albums such as this one. All in all I’d say, if you like thrash metal and you’re in for a party, have no doubt and have a listen. You won’t regret it.

And then we have the bonus tracks, if I’m being completely honest, I must say the two new studio releases, Everybody Dies and Vicious Intent, were a bit of a letdown. This might just be me, but after listening to 13 awesome live tracks, they seemed a bit “hollow”. Not to say that they aren’t good thrash songs, but they kind of miss the sonic energy which the previous tracks on the record did have. But hey, what are two “less good” songs on an otherwise great album.

To top it off, the band also added a special ending song. No fancy new song here or great live performance. The last song on the album is a cover of Montrose‘s The Matriarch. A great rock song on its own, but Anger As Art managed to take the track and make it their own. It’s very recognizably brought, but with some slight stylistic differences which make it really a great choice to end matters. It takes us away a little from the speed of thrash and shows us the bands raw musicianship, which is very impressing.

All in all, I’d say this album is a real homerun, bound to be well received by thrash fans all over. It’s thrash as thrash should be: hard and fast !