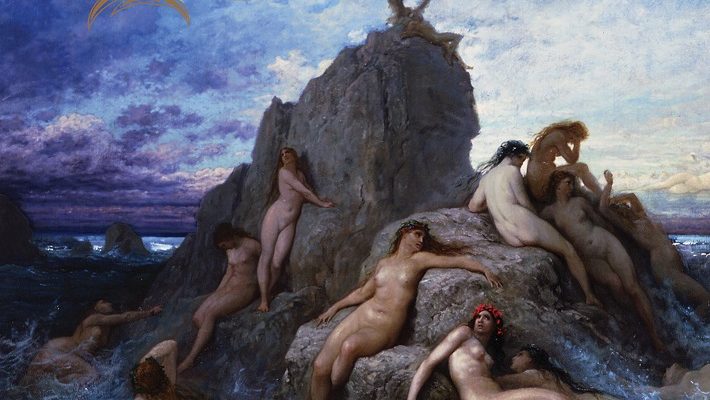 Asphodelus refers to the Asphodel Meadow of Greek Mythology, a pasture in the Underworld covered with these particular flowers, similar to the more commonly known Elysian Fields.

The classicist romantic painting on the cover is a copy of Gustav Doré’s Les Océanides, incidentally also the name of the instrumental first track. Not only the name and the artwork recall ancient times, but the music itself also harks back to the mythical time of the early nineties when death doom as a gene was only just starting to form. In fact, it is so meticulously done you could fool anyone into believing this was recorded in 1992.

Stygian Dreams, their first full length in their new incarnation is much more inclined towards gothic although it doesn’t sound anything like Draconian or Aeonian Sorrow. You’ll be hard pressed to find any angelic voices here. The keyboards remind me a lot of The Gathering’s early work around Always or even the Moonlight Archer demo days. That means that they do sound kind of cheap and Casio style, but that is part of its charm.

Same thing for the guitar tone that owes as much to the nascent Finnish death scene of early Amorphis as it does to the Peaceville Three. All in all, a wonderful trip down memory lane.