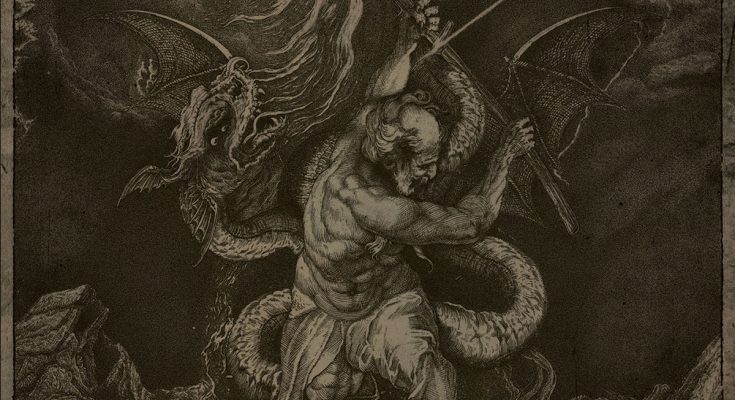 For the past few years I have been keeping an eye on the German underground label World Terror Committee. This label has been releasing some interesting albums over the years and has been devoted to the unholy horde of black and death metal. With many artists and bands signed under their expanding roster, featuring some recognizable bands such Abigor, Acherontas, Acrimonious and many more. And to be specific here this review discusses the new outcome of one of the talented musicians from New Zealand, although the band members formed this band first in Scotland. Being materializing for almost a decade now, Barshasketh presents to you their 4th album. And it seems that this unholy assemblage of four members who have been developing their style with steady progress.

The band title Barshasketh is actually derived from the original Hebrew word Be’er Shachath which refers to the pit of corruption. The band’s ideology and concept is centered on subjects of occultism. The cover artwork of the album was illustrated by Black Typography, and from my prospect it’s related to the artistic world of the Middle Ages. In the essence of their latest studio album Barshasketh resembles the Scandinavian style of black metal. The quartet pact has been elaborating their sound since their 3rd studio album Ophidian Henosis. The latest endeavor by this band can also be compared with the present evolution of the Icelandic black metal bands. With so much quality and vast inspiration from bands such as Emperor, this self-titled album consists of eight tracks.

The first track Vacillation kicks off with rapid blast beats and low hissing vocals. The transformation to melody and ambience shows how talented this band can be. Barshasketh musical evolution is confined within the modification of the guitar riffs. The second track Resolve is demonstrated with obscure riffs, but instead of harmonies the band emphasizes on dissonance and tremolo picking riffs. You can also hear the variation of the guitar sound changing with every riff, while the mid-section parts are connected piece by piece. The general theme of the album is obscured, dense and churned up the forming atmosphere. The band has cleverly kept a limited space for the melodies to flow, they also have conjoined the elements of the 2nd wave of black metal and fused them all with such brilliance.

Consciousness I is arranged in thick layers of the guitars, while the bass engages into a dramatic role, perhaps it’s one of the most memorable moments where the earworm melodies find its way into your ears. The drums takes the role on changing the flow of each track, it also slows down and at times then burst with dynamic speed. Consciousness II is yet another good track extended to eight minutes and relies on the thick ambiance portions and technical guitar mastery.

Ruin I outbreaks with chaotic blast beats and hissing growls, only half way through the track is showcased with rhythmic drums and excellent guitar techniques. Barshasketh is band that has a considerable quality of sounding technical and modern in the same time. This musical experience has given them the balance to concentrate on different style and arrange them all in one mass.

The album ends with an epic track Recrudescence which is composed of several layers of distinctiveness. Being the second longest track on the album, Barshasketh demonstrates their technical skills that gives them a deserving superiority. There are few bands that somehow sound close to them like Mgla, and Deathspell Omega. But in my opinion the Barshasketh have their own unique sound, this is a contemporary black metal album. That has found an astonishing balance between the purity of the 2nd wave and the dissonance of the modern age. Now the genre has entered its third phase and with such talented bands modifying the sound of black metal with aesthetic standards, the future seems very promising!!