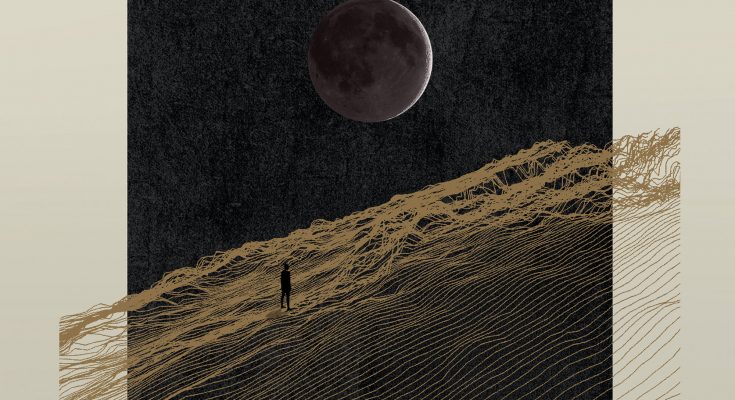 Crone is the brainchild of Secrets of the Moon main man SG and Embedded’s Markus Renzenbrink.

Their full length was four years in the making and marks a significant progress over their initial EP Gehenna, which was a bold foray into a particularly bleak style of progressive rock that took its cues from both Pink Floyd as the classic wave bands from the eighties.

Particularly the smoldering duet with Jarboe Dead Man was a standout track that held the promise of a fascinating future. Its Achilles heel was mainly SG‘s singing which although ambitious in scope for a black metal vocalist, unfortunately, fell just a bit short in delivery to carry the subtle songwriting.

His Bowie like croons are still a bit of an acquired taste, but they sit more comfortably now among the new compositions which have traded their earlier minimalism for a dynamically wider range that travels from Les Discrets & Katatonia over Christian Death, The Cult to Floyd and back.  The album slowly builds up to the title track, a twelve-minute epic that tries to encapsulate everything the band stands for.

Thematically ‘Godspeed’ is sort of a concept album as each song tells a tragic tale with a bizarre twist. The Ptilonist, for instance, reports about real life inventor Franz Reichelt who fell to his untimely death after jumping from the Eiffel tower with a parachute of his own device. Likewise, H recaptures a story from 1932 about actress Peg Entwistle who threw herself from the giant Hollywood sign over Los Angeles. These are just two examples from this peculiar collection of moody yarns.

They’ll take a couple of spins before they truly settle in, but in my opinion Crone has finally come true on the promise they made four years ago.