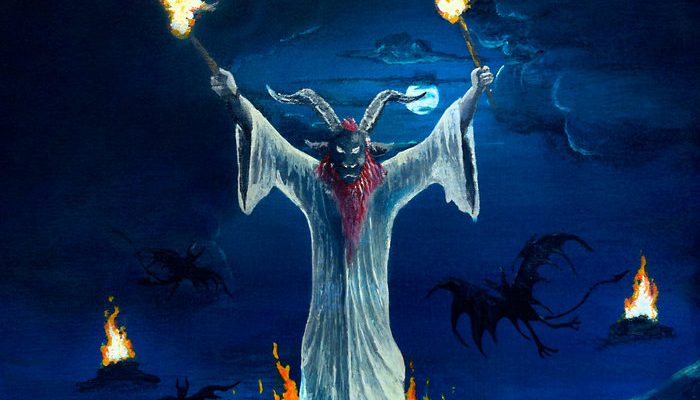 Along with the modern bands of Greece which devote to the classic style of black metal, Funeral Storm and Cult of Eibon truly identified themselves as the torchbearers of the ancient cult. The old-fashioned approach to muted tremolo riffs drew parallels to the exact technique that was first presented by the legendary Hellenic bands of the early nineties. Cult of Eibon was formed in Athens and founded by Xa’Ligha (drums), Nyogtha (guitars, vocals, bass, and keyboards), in 2016 they debuted their first EP “Full moon Invocation” and was highly influenced by bands like Rotting Christ and Varathron. Before the release of the second EP “Lycan Twilight Sorcery”, the band went through some lineup changes that brought vocalist Porphyrion (Kawir) into their ranks.

Like the previous material, Cult of Eibon’s first full-length album, “Black Flame Dominion” brings back the old memories of cult albums like Rotting Christ’s “Thy Mighty Contract” and Varathron’s “His Majesty at the Swamp”. All through the unique variety of riffs and mesmerizing epic melodies that invoke the ancient lore of the Hellenic trademarks. The guitars unleash the power of the enchanting riffs, while the key elements of the album remain in the quality of the rhythm guitars, which capture the tone of nineties black metal. The opening intro “The Fiery Pillars of Ninazu” demonstrates the eerie keyboard arrangements, leaving you in a moment of inspiration until the catchy rhythm guitar kicks off. On the following track “Into the Realm of Na-Girt-A-Lu”, the scathing riffs offers a strong sense of nostalgia.

Vocalist Porphyrion captures high-pitched amalgam screeches and death metal growls. The trio offer an idiomatic style and the performance is absolutely magnificent! The sweeping atmosphere of the keyboards shimmers through the organic tempos of the driven guitars, Cult of Eibon’s music invades the listener with catchy melodies. However, the songs are mainly focused on top-notch riffs that have a lo-fi quality to them. “The Dreamer and the Morning” gradually allows fine pacing of the pounding drums and the aggressive guitar lines. The element that really stands out is the excellent use of the keyboards which perfectly juxtapose with the charming tone of the rhythm guitars. Cult of Eibon‘s songwriting emphasizes the evolution of the Greek black metal but above all the trio represents a distinctive pattern, riffs are powerful and highly inspired by early Rotting Christ albums.

At times the guitars blend fast riffing with raw aggression, where the keyboards sweep in the slow passages with the pacing of the drums creating dark mysterious themes. Though there is plenty of fast tempos, guitarist Nyogtha grips the cadence of songs like “Black Flame Dominion”. It begins with a full force of blast beats and raspy vocals, the guitars deliver plenty of classy old-school riffs. Cult of Eibon on their first album observed closely at the classical relics of the past bygone and gathered the right ingredients, therefore the band displays an archaic technique. The blazing guitars are laden with idiosyncratic riffs with the drums giving an organic performance. On tracks like “Recollections of the Chthonian Empire” the keyboards create an ethereal and magical atmosphere.

“Black Flame Dominion” offers everything that would please the fans of Hellenic black metal, the songs are replete with haunting synth passages. One of the highlights of the album is the track “Crossing the Stargate of Xitalu” which contains abundant melodies and effective rhythm. The tremolo-picked riffs are flawlessly displayed and they’re professionally layered in the song structure. There is a fine balance of aggression that mainly focused on the old-school riffing. Another aspect of the album is the foggy production and the instrumentation that seems to have the exact tone of the classic vibe. While the album may be far from original, the Athenian trio showcases an excellent work of art from the meticulous selection of the riffs.

The final track “The Mournful Chime of Charon’s Bell” is melodically innovative and timeless. It is followed by the catchy effect of the pounding drums and the rich resonance of the rhythm guitar. The basic riff technique is incredibly powerful and metallic the drums contrasting with the thundering riffs. Cult of Eibon on their first full-length album forges its own formula albeit organic and catchy the band is able to stand like an emerging pantheon among the contemporary bands of Greece. 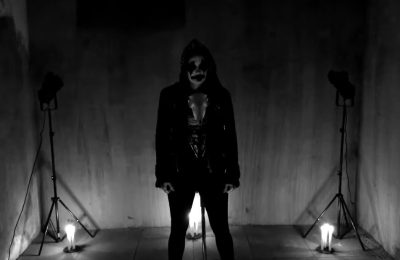